World must stand beside Rohingyas 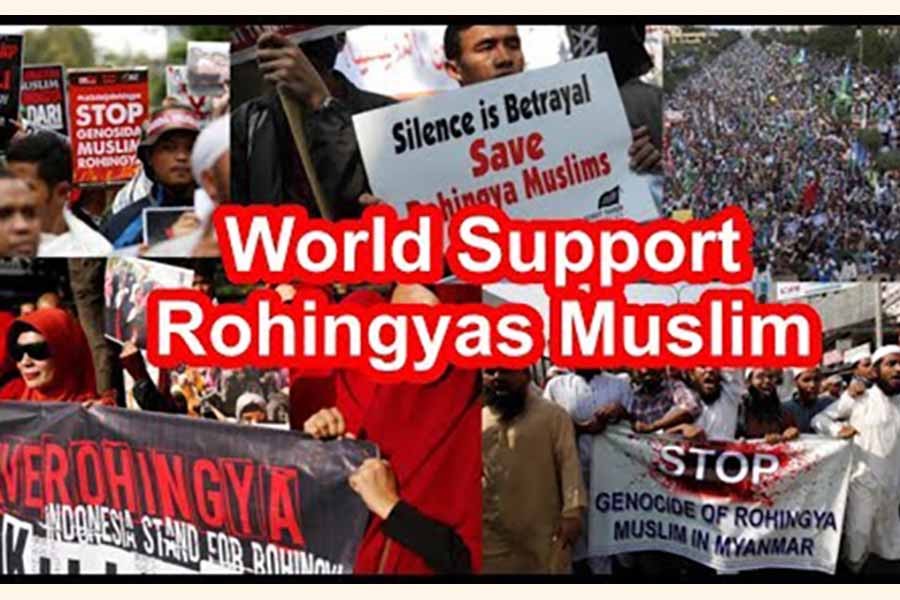 MORE than four hundred thousand Rohingyas have fled their homes in Myanmar and took refuge in Bangladesh. They fled their homes because they were being brutally murdered and their homesteads were being looted and burnt down. Not since the landlocked Buddhist kingdom of Bhutan swept out its Nepali-speaking Hindu population in the late 1980s has Asia witnessed as relentless an action against a minority group as seen in Myanmar lately. The United Nations High Commissioner for Refugees (UNHCR) has called the sustained drive to push Rohingya Muslims out of Myanmar a "textbook example of ethnic cleansing".

It is a disgraceful chapter of prolonged human rights violation. Bangladesh has been struggling to cope with the influx and Prime Minister Sheikh Hasina invoking memories of the 1971 Liberation War when 10 million people streamed into India to take refuge from the brutalities of the Pakistan army, has stood beside the Rohingya unconditionally.  Nobel laureate Aung San Suu Kyi's decision to cancel a trip to New York for the UN General Assembly suggests that she was fully aware of the embarrassment that awaited her if she stepped in and the scrutiny she would be subject to. Suu Kyi may be bound by the Constitution to bend to the military on security matters but it is time she at least found her voice to say the right things.

We hope the US and other influential nations will stop extermination of the Rohingya and bring a peaceful solution in Myanmar. We should always bear in mind that injustice anywhere is a threat to justice everywhere.