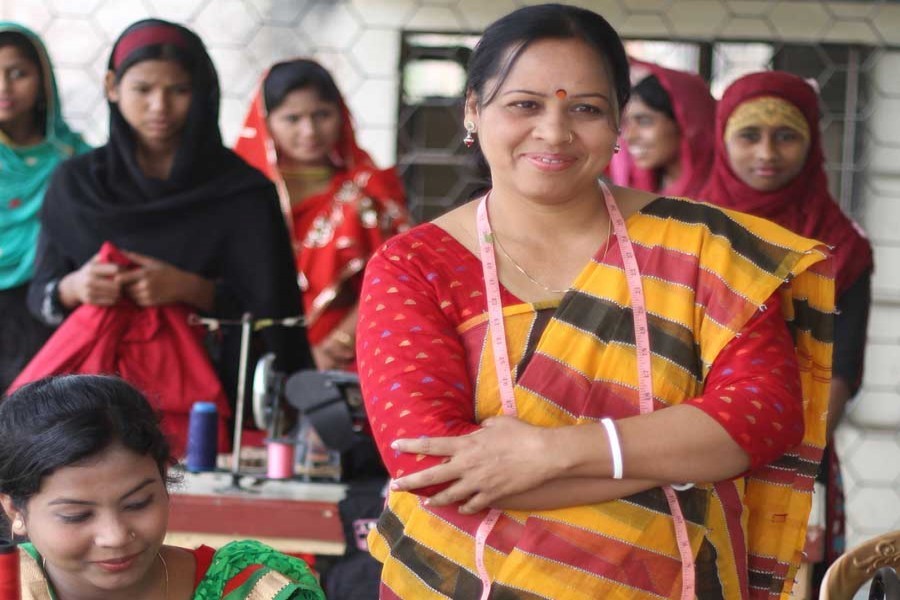 Despite increasing participation of women in almost all spheres of social, economic and political activities, the reality that women across the world are largely denied of their due privileges, even dispossessed of legal rights, is a stark reality that undermines the progress of human civilisation as a whole. While some advanced countries, too, suffer from the imbalance of man-woman parity in society as regards rights, the situation in the developing countries falls disturbingly short of the global average. As for Bangladesh, the case is far from comfortable despite the seemingly greater empowerment of women in the country over the decades. According to a World Bank report released recently, women in Bangladesh are granted only half of the legal rights enjoyed by men against the worldwide average.

Bangladesh scored 49.38 points in an index measuring gender disparities in the WB study report titled 'Women, Business and the Law 2019: A Decade of Reform'. The study and the index also showed that 'women around the world are granted only three quarters of the legal rights enjoyed by men, often preventing them from getting jobs or opening businesses'.

Bangladesh has been placed at the fifth position among the South Asian countries in the index. The county is ahead of Pakistan (46.25) and Afghanistan (38.13), but behind Nepal (53.13), Sri Lanka (65.63), Bhutan (69.30), India (71.20) and Maldives (73.75), according to the index of the WB study. The index of the study was derived from data collected over a decade from 187 countries, using eight indicators to evaluate the balance of rights available to men and women.

The study noted that Bangladesh and other South Asian countries like Afghanistan, India, Maldives, Nepal and Pakistan reformed in starting-a-job area by introducing laws on workplace sexual harassment.

The WB report showed the progress was made over the past 10 years, with the index rising to 75 from 70 out of a possible 100, as 131 countries had agreed to enact 274 reforms, adopting laws or regulations allowing greater inclusion of women. Among the improvements, 35 countries have proposed laws against sexual harassment in workplace, granting protections to an additional 2.0 billion women, while 22 nations have abolished restrictions that kept women out of certain industrial sectors. Six nations -- Belgium, Denmark, France, Latvia and Sweden -- scored a perfect 100, meaning they give women and men equal legal rights in the measured areas.

Now when it comes to rights and privileges or the lack of these for women, the key area that gets most affected is employment. Lack of opportunities for women employment, not to mention in suitable works/jobs, is a phenomenon common to most developing countries. The scenario persists in the developed world too, though in varying proportions. The difficulties that women in our parts of the world encounter in seeking jobs are, for the most part, tied to factors that are imbedded in the social system, often ignored by the state by not responding to initiate actions either through proactive moves, or, when necessary, through enacting appropriate laws. True, the situation now has improved from what it was decades ago.

The main indicators on which the aforementioned study is based include: accessing institutions, using property, getting a job, providing incentives to work, building credit, going to court and protecting women from violence. Despite the commendable progress in women's participation rate in Bangladesh's labour force thanks to the growth of the readymade garment sector, none of these parameters offers a pleasant picture in terms of increased opportunities for women in the country. At the root of all these is the perennial gender inequality which, because of government's lack of action and inhibiting social practices and customs, is a potential deterrent. According to the findings of the Report, gender inequality in women's entrepreneurship and labour force participation account for an estimated income loss of 27 per cent in the Middle East and North Africa, 19 per cent in South Asia, 14 per cent in Latin America and the Caribbean, and 10 per cent in Europe. The Report mentions that in Bangladesh there are six legal gender differences of which the most predominant one is the absence of equal access to assets through inheritance for daughters and widows.

In this context, findings of an earlier WB report on the same subject are worth mentioning. That report, while noting the changes in the overall situation over the decades, has highlighted some critical impediments as stumbling blocks, the removal of which can only promote female employment in a desirable way. The study found that countries in the South Asian region are among the most restrictive in discouraging women entrepreneurship and employment. For this to radically change, the report says, there should be a substantial increase in female labour force participation rate over the next decade from the current 34 per cent to more than 60 per cent which would add 1.8 percentage points to potential GDP growth each year. This has been aptly reinforced by the observation in the report that if all women were to be excluded from the labour force, global per capita income would have been nearly 40 per cent lower.

Another disconcerting revelation made by the World Economic Forum sometime ago is that the organisation believes, 'it will take another 118 years -- or until 2133 -- until the global pay gap between men and women is finally closed'. It says progress on closing the gap has stalled in recent years at a time when more women are entering the workplace. In fact, nearly a quarter of a billion more women are in the global workforce today than a decade ago. Still, wage discrimination persists more glaringly than anything else in workplaces, particularly in the developing world.

Given the state of things, it is clear that government efforts alone should not be viewed good enough to serve the cause of women; and so unless concerted efforts are there at all levels of society, the situation of man-woman inequality will continue to interfere with any prospect of human progress.