Why the US-China trade war could re-escalate 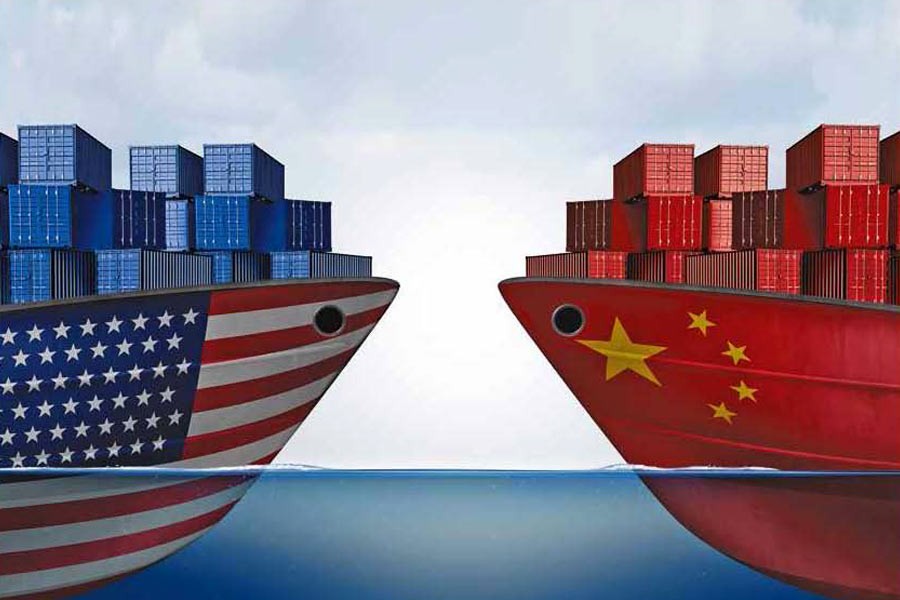 After nearly 18 months of tit-for-tat tariff increases, the United States and China have reached a "phase one" agreement to start de-escalating their trade war. As part of the deal, US President Donald Trump cancelled further tariff increases on Chinese goods that had been scheduled to take effect on December 15, and halved a 15 per cent tariff on $120 billion worth of imports from China. As for China, it shelved its planned retaliatory measures and committed to import some $50 billion worth of US agricultural products in each of the next two years.

But the promised de-escalation should not be overestimated. For starters, it is not clear how China could follow through on its import commitment without violating the World Trade Organisation (WTO) principle of non-discrimination among trading partners. Moreover, the 25 per cent US tariff on $250 billion of Chinese imports remains in place, with further reductions linked to progress in future trade negotiations.

In fact, the current agreement addresses only some of the US government's trade-related complaints against China, and its remaining demands will be much more challenging to resolve. Broadly speaking, the US wants the Chinese authorities to take steps to eliminate their country's bilateral trade surplus with the US, end "currency manipulation," cease intellectual-property (IP) theft, refrain from further forced technology transfer, halt subsidies to state-owned enterprises (SOEs), and stop acquisitions of US companies through state-sponsored investment.

If this were a negotiation, one might sensibly ask what the Chinese authorities were seeking from the US in exchange for its steps in these areas. But this is not a negotiation: the Trump administration is presenting China with a set of demands, which, if unmet, will result in "punishment."

There are three major problems with the American demands. First, some of them are conceptually erroneous. Second, in a global trading system, bilateral action often results only in a rearrangement of trading partners. Third, it is not clear what the Chinese government could do to satisfy some of the US demands.

For starters, the demand that China eliminate its bilateral trade surplus with the US is misguided. There is no reason why merchandise trade balances should matter at all. For one thing, services trade is equally important. Exporting financial services is almost certainly more economically rewarding than exporting coal, for example. Moreover, some countries offer many more worthwhile investment opportunities than others. Citizens in countries with less attractive opportunities benefit from buying assets where the return is higher, and these investments are financed by current-account imbalances. Even then, bilateral balances are irrelevant. The current-account balance is the difference between domestic investment and domestic saving (in the private and public sectors), and the US deficit is global: if one country reduces its surplus with America, the US economy will simply adjust both imports and exports.

The US demand regarding currency manipulation reflects a similar fallacy. The apparent intent is to reduce America's bilateral trade deficit with China, but until the US savings-investment balance changes, that will not happen. US law stipulates three criteria for identifying currency manipulation by a trading partner: a global current-account surplus of more than 3.0 per cent of GDP (gross domestic product); persistent intervention to buy foreign exchange and sell domestic currency; and a bilateral trade surplus with the US of more than $20 billion. Because China currently meets only the third condition, it is not a currency manipulator under US law (that did not stop the Trump administration from labelling the country one in August).

The other US objectives - regarding IP theft, technology transfer, subsidies to SOEs, and investment requirements - can satisfactorily be addressed only at the multilateral level. Like any WTO member, the US can bring a complaint when it believes that a trading partner has not abided by WTO rules (which, admittedly, could be strengthened). But the Trump administration has filed only two cases against China, despite the fact that the US had previously won 91 per cent of the cases it brought to the WTO, and even though the Chinese authorities have a good track record of amending their practices when WTO panels have ruled against them.

When WTO rules do not cover a particular case, members should seek to amend them. Moreover, other major US trading partners - notably Canada, the European Union (EU), and Japan - have voiced many of the same trade concerns regarding China. If the US joined forces with them, they would have much greater bargaining power vis-à-vis China than America would have on its own.

But instead of using the WTO, the Trump administration - incredibly - is undermining it by blocking the appointment of new judges to the organisation's Dispute Settlement Body (DSB). The DSB should have seven appointed members, of whom three must be on any panel hearing a case. But because the US has consistently vetoed candidates to replace judges who have completed their terms, the DSB now has only one member, and thus can no longer function. Although the DSB certainly could be rendered more effective, it has been very useful in settling disputes and preventing trade wars. Dismantling the entire process makes no sense.

Finally, even regarding valid US concerns, there is no indication regarding what changes the Chinese government should make to satisfy the Trump administration. It is in both America's and China's interest that the open multilateral global trading system prosper and support economic growth worldwide. Unfortunately, there is little prospect that current American policy can achieve that goal.