Why such indifference to a silent killer? 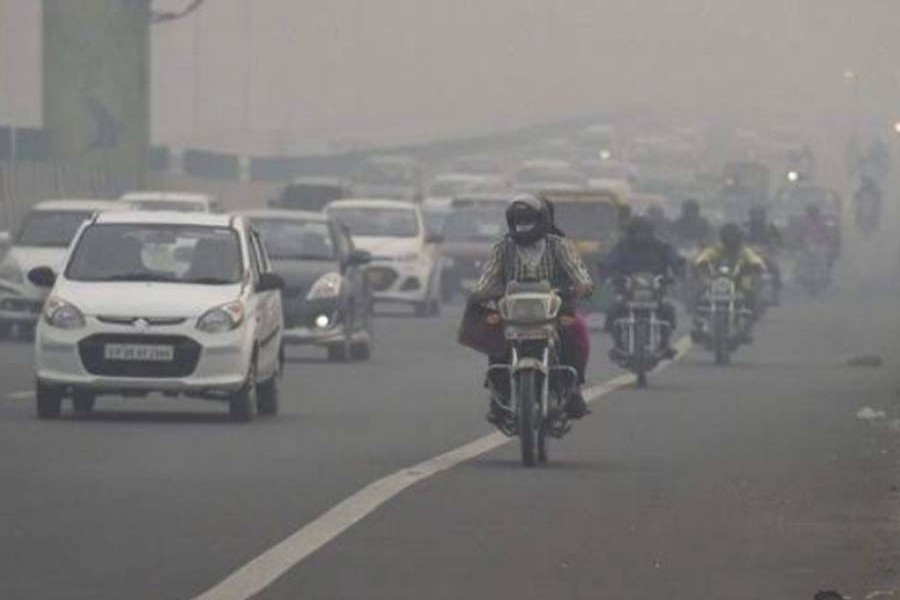 So long the popular belief was that air pollution adversely affects physical health but now a study finds strong correlation between toxic air and depression. Researchers at the University College London, on an extensive analysis of research data from 16 countries -- mainly cities -- published up to 2017, have arrived at the conclusion that people exposed to an increase of 10 micrograms of air pollution particles of 2.5 micrometres known as PM2.5 per cubic metre for a year or more have a 10 per cent higher risk of depression. The level of PM2.5 is as high as 114 per cubic metre in Delhi. Although Dhaka was not covered by the study, it is not far behind. The Bangladesh capital recorded PM2.5 level at 100 per cubic metre.

Published in the journal Environmental Health Perspectives, the research finds strong statistical links between heavy air pollution and depression and even suicide. Other recent research also supports the findings. Such studies find link between air pollution with 'extremely high mortality' in people with mental disorder. More worrying is the fact that there is a quadrupled risk of depression in teenagers. Yet other research points to 'huge' reduction in intelligence, leading to dementia. Earlier in 2019 a comprehensive global review held that air pollution could be damaging every organ and every cell in the human body. No wonder more than 264 million worldwide suffer from depression, as the World Health Organisation (WHO) reckons. It is not for nothing that the UN body calls it 'silent public health emergency' of dirty air.

Dhaka staying close behind Delhi and even surpassing the latter at least for a day certainly presents an inhospitable environment for its inhabitants. When the WHO-recommended limit of PM2.5 is 10 per cubic metre, Dhaka has 10 times the level. One does not have to be an expert to know how cataclysmic the impact of long exposure to the toxic air can be on people particularly children and old people.

In a study the Bangladesh Institute of Development Studies (BIDS) conducted in the middle of this year found that 71 per cent people in the capital were suffering from depression on top of 68 per cent who suffered from physical ailments. Clearly, this high rate of melancholic people is likely to correspond to the higher level of air pollution here. There is no reason to think that the problem is confined to Dhaka alone. Construction workers, workers in plastic, asbestos and other chemical factories in cities and elsewhere are exposed to greater risk because most often they are not provided with protective gears. Similarly farmers operating power tillers and spraying insecticides or workers at rice mills run the risk of suffering the consequences.

Evidently, heavy air pollution is a silent killer. But how does it harm people. The finer particulates can reach the brain via bloodstream or nose. When those enter the bloodstream, the circulation of blood is slowed and as those reach the brain the outcome is inflammation. The particulates heavily affect the nervous system and cause changes in stress hormone production. Thus toxic air is silently taking a heavy toll but there is not the level of awareness among people it demanded. It is because depression, suicide and the diseases caused cannot be seen like casualties from road accidents and similar other direct killing.

Although both policymakers and common people are exposed to the danger, they refuse to take a long view of air pollution. Merrily they go on adding more pollution by not taking measures to limit the bane. Already the capital city has turned into a cauldron of toxicity and ranked at the bottom of liveable cities in the world. It has once beaten Delhi in concentration of particulates in Air Quality Index. Now is the time for action at the individual and collective levels. By mending a few ways, the air quality of the city can be improved to a large extent. But all must feel the urge to do so in the interest of its inhabitants and their progeny.