Wall Street and the American economy 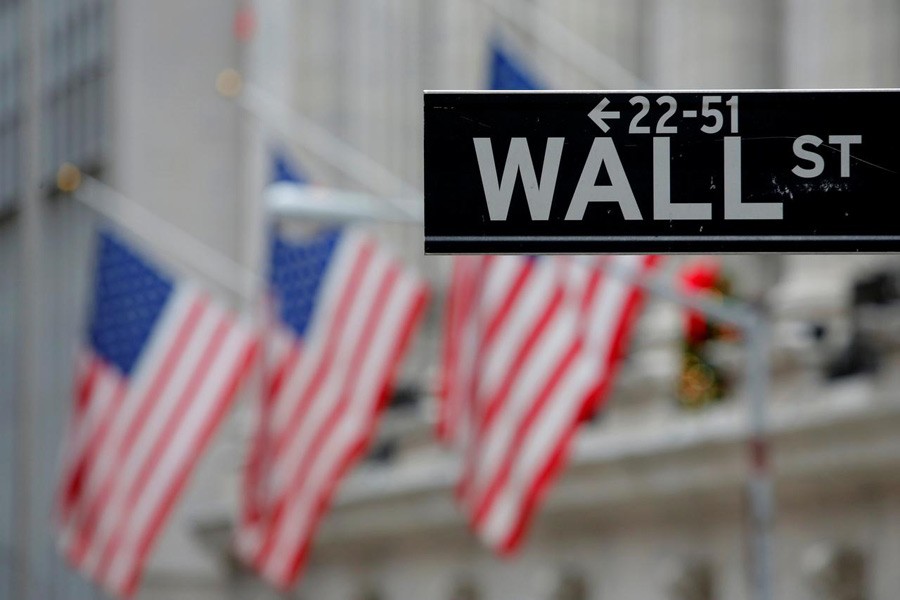 Although Wall Street is many things to many people, in reality what is  indisputable is that its all-encompassing impact -- not just on the American economy but on the global -- is overwhelming and enduring, to say the least.

Wall Street physically may be less than a mile long with few blocks of old buildings in the heart of Manhattan in New York City, yet its influence nevertheless spans across the globe. Originally, the name "Wall Street" was used to refer to a select group of large independent brokerage firms that exerted overriding influence on the U.S. investment sector. However, the 2007-2008 financial crisis has blurred the identities of investment banks and commercial banks. After the post Great Recession, Wall Street collectively embodies a multitude of entities of the U.S. investment and financial sectors. They comprise the biggest investment banks, commercial banks, hedge funds, mutual funds, asset management firms, insurance companies, broker-dealers, currency and commodity traders, financial institutions and so on.

The U.S. economy with  $21 trillion annual GDP (2019, gross domestic product) accounts for nearly 15 per cent of global economic output while China with $14.3 trillion is a distant second. In terms of global market capitalisation (total dollar market value of company's outstanding shares of stocks) prior to the eruption of the COVID-19 pandemic, the U.S. accounted for 40 per cent while Japan's with 7.5 per cent a distant second. Wall Street is the hub of both the New York Stock Exchange (NYSE) and Nasdaq Stock Exchange (NASDAQ) - undisputedly the largest and second largest exchange respectively in the world both in terms market capitalisation of listed firms and average daily trading volumes.

RESEARCH BY STOCK ANALYSTS: Wall Street firms employ savvy stock analysts to do research and forecast on companies' all-encompassing performance (revenue, profit, growth and so on).  These researches provide pertinent information to institutional "buy-side" investors (pension funds, mutual funds etc). Some aspects of these in-depth research outcomes are directed to developing financial models of each of the companies they cover in their research. These models help each company to generate forecasts of quarterly and annual revenue, and earnings per share (EPS). The average of the analysts' quarterly revenue and EPS forecasts for a specific company is called the "Street estimate". These estimates are compared with their corresponding actual/realised values, which provide information on how the company is performing.

1. If analysts' estimate match realised values, that sends a message that the company is doing well as Street expected -- nothing euphoric.

2. If company performance exceeds Street estimate, that suggests that the company is performing better than expected - stock prices take a high jump to the euphoria of investors.

3. Lastly, if actual reported numbers are disappointing - that is below analysts' estimate - the company stock price takes a plunge.

Over the years, Wall Street has been accused of being a rigged/engineered market -- a hub of corrupt hedge fund managers and company CEOs - a market that also encourages skewed risk-taking behaviour in stock investors. Are these true characterisations of the market? Objectively speaking, neither accusation can be dismissed summarily.

As a teacher of financial economics and investor in the stock market for over 25 years, my personal experience is that the market operates fairly on a level playing field most of the time. In my microeconomics class I always cite that stock prices, which change by the seconds closely follows that of a perfectly competitive market. However, like any other market, there are some bad guys whose greed brings disrepute to the operations of the Wall Street.

Not all banks' directors/owners in Bangladesh are looters. However, the difference is that unlike Bangladesh, the bad guys in the U.S. once caught go to prison. For example, to name a few, Galleon Group co-founder, Raj Rajaratnam was fined $10 million and sentenced to 11 years in prison after his 2011 conviction on fraud and insider trading.  Several SAC (Steven A. Capital) Capital Advisors were imprisoned and fined $1.8 billion on insider trading charges. Bernie Madoff, the former NASDAQ Chairman and founder of the Wall Street firm Bernard L. Madoff Investment Securities was sentenced ?(March 12, 2009) to serve 150 years in prison and a fine of $170 billion (yes $170 billion) in restitution for his Ponzi Scheme - world's biggest ever stock and securities fraud.

LAW MAKERS BREAKING SECURITY AND EXCHANGE (SEC) LAWS: As though he is not the first one, Congressman Chris Collins of New York, one of President Donald Trump's ardent supporter, was sentenced to 26-month prison time and a fine of $200 thousand in insider trading Case (January 2020). As recently as last month (March 2020), it was revealed that four U.S senator cashed in several million dollars' worth (total less than $10 million) of their stock holdings allegedly on insider information alerts about the looming coronavirus driven market crash. No investigations have yet been lodged primarily because of the COVID-19 erupted emergency situations.

Insider information trading are the most common crimes in the Wall Street, but it takes a lot of legal time, often years, and resources and is very difficult to prosecute and prove violations of SEC regulations because of many legal loopholes and tangles. However, these and many smaller cases over the years reinforced the perception held in many quarters that Wall Street is rigged and engineered.

SKEWED RISK-TAKING BEHAVIOUR: Wall Street investing model facilitates windfall askew profits for leveraged betting by exercising options trading. For example, If the leveraged bets win, traders make huge profits while they are safeguarded from losing big time if the bets go down. This skewed risk taking is not illegal. However, many experts believe that skewed risk taking has contributed to the meltdown in mortgage-backed securities in 2007-08.  Warren Buffett, who runs the best business model in the world, warned in 2002 that the derivatives innovated by Wall Street were financial weapons of mass destruction (WMD). His prognosis became a reality with the housing collapse when mortgage-backed securities went into free-fall, culminating in the 2008 Great Recession. What did the Congress and the Federal Reserve do?

Instead of allowing these giant Wall Street banks and firms go down, the U.S. Congress and the Federal Reserve rescued them by taxpayer funded money by reasoning "Too big to Fail" - thereby rewarding for over leveraging, "gambling" call it greed, if you will. Unfortunately, none went to jail because it was argued that they did not violate any existing laws. These incidences made many people look down upon Wall Street as a privileged people's financial hub where irrelevant middlemen thrive, while generating very little or no value for the real economy like Main Street does. That justifiably arouses envy in some and anger in many. The big banks and multinational corporations' corrosive influence (although no laws are violated) have made the America democratic process a gridlock of governance.

U.S ECONOMY AND THE WALL STREET: The nexus between the two is one of symbiotic. Wall Street has also been considered as a bellwether for the global economy. Whether because of lack of understanding and insights of the symbiotic relationship or because of their disgust of capitalism, many people reveal their abhorrence of the emergency relief package ($2.2 trillion) approved by the U.S. Congress and Federal Reserve's $4 trillion open ended credit gate to save the Wall Street and the American economy from the devastation caused by the escalation of the COVID-19. A detailed analysis of this relationship will follow in the second part of this article.

Dr. Abdullah A Dewan, formerly a physicist and a nuclear engineer at Bangladesh Atomic Energy Commission (BAEC), is professor of Economics at Eastern Michigan University, USA.