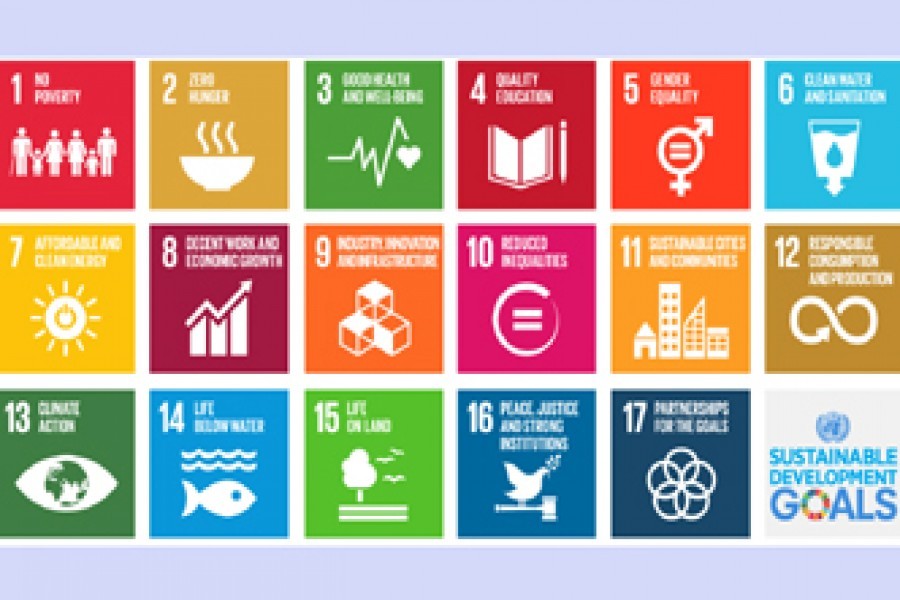 Strong political leadership of the incumbent prime minister together with relative socio-political calm has helped Bangladesh achieve a decade-long average economic growth rate of 7.0 per cent. The country has meantime not only crossed the Lower Middle-Income (LMI) threshold in 2015, but also met all criteria for graduation out of LDC status, according to available government documents.

"Buoyed by these successes, the Government is now set to launch a program to realize the dream of Father of the Nation Bangabandhu Sheikh Mujibur Rahman to have a country that is free of poverty, where economic and social justice prevails, and where there is shared prosperity. Accordingly, the government has adopted Vision 2041 that is a continuation of Vision 2021 and seeks to take the nation to the development path dreamt by Bangabandhu", reads the Second Perspective Plan of Bangladesh 2021-2041 prepared  by the General Economics Division (GED).

The Vision 2041 has few specific objectives to turn a leaf of the lives of the people of Bangladesh. It seeks to eliminate extreme poverty; reach Upper Middle-Income Country (UMIC) status by 2030, and High-Income Country (HIC) status by 2041. In other words, given other things, poverty would disappear to be a matter of the past. "The PP2041 builds on the successes of PP2021, while also drawing on the good practice experiences of current UMICs and HICs that have already travelled the development path that Bangladesh is endeavouring to travel."

Over the next half-century Bangladesh is expected to experience an accelerated pace of transformational change embracing rapid shifts in agriculture, trade and industry, in education and healthcare, in transportation and communication, and in the way we work and conduct business.  Unlike the past, this time rapid growth will be balanced with emphasis on proper distribution of the benefits of growth for all, especially the poor and the vulnerable. The Vision 2041 is not only to reach some targets but also seeks sustainability of development. The government must keep a sharp eye on  ensuring that key natural resources like land, water, forestry, natural habitat and air are used in a manner that avoids their depletion and degradation.

According to the GED document on Vision 2041, two principal visions  seemingly constitute the core: (a) "Bangladesh will be a developed country by 2041, with per capita income of over $12,500 in today's prices, and deftly  tuned with the digital world; (b) Poverty will become a thing of the past in Sonar Bangla."

The document prepared by the GED rightly remarks that 'the challenge is formidable but the stakes are high'. Setting an ambitious goal  tend to face criticisms, but the virtue of ambitious goal is that it makes preparation hard to start with; it is the starting point of a long journey that will require steadfast resolve to stay on course while making hard political and economic choices along the way. "Achieving high growth with shared prosperity requires coordination of cross-cutting policies and synchronization of multi-sectoral programs aimed at achieving the final outcome. Therefore, it is critical that thematic and sectoral strategies under PP2041 are robust and internally consistent.  High growth, job creation, and reduction of poverty and inequality are the final outcomes that are built on foundations of sustained macroeconomic stability which in turn demands effective tax and expenditure policies, savings mobilization and investment growth focusing heavily on transport, trade, and energy infrastructure, to raise productivity of firms engaged in economic activities."

The role of institutions in influencing the outcomes of Vision 2041 is amply elaborated in the document. As policies regarding economy and society, even politics change, institutions must change to respond to the new environment. Our 100 year old institutions are grappling with most recent policies. "Drawing upon historical and research evidence, one would conclude that economic institutions matter for economic growth because they shape the incentives of key economic actors in society. In particular, they influence investments in physical and human capital, foster innovation and technological advance, and promote the organization of production systems."

Ipso facto, the Vision 2041  relies on four institutional pillars. These  will be harnessed by the people, who are the principal drivers of growth and transformation such as (i) governance; (ii) democratization; (iii) decentralization and (iv)  capacity building. Needless to mention that  the strength of these four pillars would push  Bangladesh to prosperity as a developed nation.  However, one should never lose sight of the fact that shared prosperity is a core component of the PP2041. The shared prosperity would be "facilitated by effective institutions of governance: a properly functioning judiciary, a people-oriented civil administration, efficient land management, and sound economic management, among others."

Finally, democratisation. "What Bangladesh needs (for) moving forward is a full pluralistic democracy. The target is that of a pluralistic democracy where policies and strategies are embedded in 'respect for' critical values." Where democracy works, decentralisation cannot remain far away as they are complimentary to each other. "Bangladesh cannot go forward and be a developed country by 2041 unless administrative, financial (including revenue) and political power is decentralised at the grassroots level. Major investments will have to be made to strengthen institutions of decentralised government and administration from the top down to the grassroots.

The long journey of the Vision 2041 urgently needs institutional capacity building and strengthening the existing ones. The parable is using a bullock-cart when a speedy train is needed. A multi-storied building such as the Vision 2041 requires solid foundation by sound engineers. Capacity building turns out to be a binding constraint to the formulation and implementation of the projects prepared for attaining the Vision 2041.