The mission for meeting the other-worldly guests 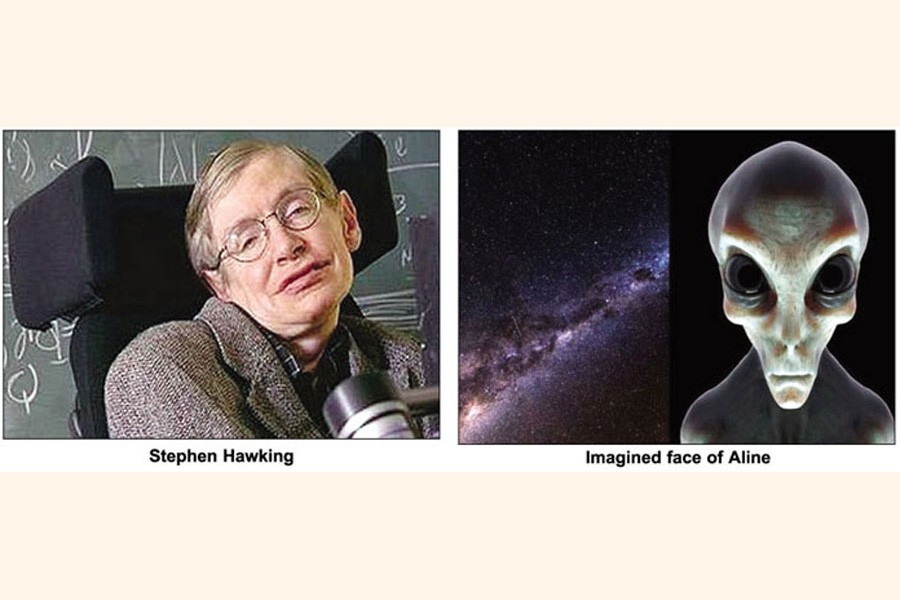 In less than a year's gap, NASA has started mulling refocusing on the probability of the existence of creatures, or humanoids, on exo-planets millions of galaxies away. In its latest query, it started its presumptions about aliens basing on UFOs (Unidentified Flying Objects). The mysterious flying objects have kept the space enthusiasts spellbound since the 1950s. Speculations about UFOs resurfaced again with the launch months ago of NASA's Theological Inquiry Project on life beyond Earth. The human inquisitiveness about life on a distant planet appears insatiable.

Perhaps, in line with this human trait, NASA scientists last April homed in on the possibility about the existence of new forms of life on a planet beyond our knowledge of galactic wonders. As part of their initiative to delve deep into the universal riddle about the other beings, NASA scientists this time have decided to transmit a high-power signal to space. It will, in fact, be an 'invitation' to the aliens about the earthlings. As part of the project, the scientists want to send out into space a special ship containing the basic facts about humans and Earth as a planet. These information pieces will accompany the drawings of a man and a woman, as well as a route map on how to reach Earth.

However, there is a catch. A section of space scientists have expressed their reservations about this kind of invitations to unknown space beings. What they dread most is this project might end in the annihilation of the human race. If the message falls in the wrong hand, i.e. if those aliens are not enough 'civilised', they might reach this planet with an evil plan --- naked invasion. However, any kind of consensus has yet to be reached. Meanwhile, the NASA project keeps going. At this point, many would like to recall the expedition two decades back which comprised another space ship containing the flags of all nations of the world. The ship also carried the specimens of the major languages spoken by humans. Those languages also included Bangla.

Meanwhile, the ongoing NASA Mars probe becomes deeper by the day. And the alien enthusiasts keep waiting with bated breath. Aliens keep grabbing headlines as they have done intermittently over the last one century. This time the new media news piece casts its spell on both the gullible and suspicious people. That 'other' life forms may resemble humans is quite apparent.

Earlier, scientists assigned the breath-taking job of human contact with the aliens on summing up its ethical permissibility, were from the Centre for Theological Inquiry (CTI), NASA.  The news of the US space agency's granting of money for the Centre, based in Princeton, New Jersey, was broken by a global news agency. It was followed by a contradiction from NASA saying it has stopped funding for the project in 2017. Although the NASA project of bringing theologians from around the world to discuss the venture's ethical aspects, and the agency's claim that the programme exists no longer, the news agency appeared to be unconvinced.

All this appears to have opened the path to a fresh bout of thrill surrounding the extraterrestrials' presence in the nearby or distant galaxies. As is the case for UFOs, extraterrestrials have also literally spellbound a section of people across the world. Lots of astrophysicists dismiss the existence of UFOs. On the other hand, many others have delved deep into these flying objects' source. They appear to be set to spend their whole lives in unravelling the mystery of the UFOs. Amid the country-based and international UFO societies' activities, the make-believe world of the aliens narrated by science fiction writers opened a more thrilling world before inquisitive minds. In a couple of decades sci-fi movie makers took the baton. They interspersed their mostly fantasised yet minutely researched films with nearly-convincing portrayal of the extraterrestrials --- both wise and peace-loving, and also fiercely intent on conquering the world by wiping out the whole human race. Movie-makers like George Lucas, Steven Spielberg and dozens of others pioneered the sci-fi films --- Spielberg being the lone forerunner with his 'ET'.

In spite of the movie portrayal of the aliens, pure science had yet to be convinced. However, alien enthusiasts did not have to wait longer. They soon found Stephen Hawking beside them. The celebrated British astrophysicist threw his weight behind the pro-alien groups. Hawking categorically said there were beings more intelligent than earthlings out in the vast cosmos. According to him, the extraterrestrials were most likely to be friendly to the humans. The prophecy of Stephen Hawking had evidently changed the course of the US space programme. While the other space powers kept themselves busy discovering the signs of the existence of the 'living beings' later lost due to inhabitability, NASA targeted to home in on the aliens directly. Its latest destination is Mars.

A NASA probe-rover is scouting an assumedly habitable area in search of the signs of water, the basic prerequisite for life's growth. NASA scientists are highly confident that the red planet will yield life forms today or tomorrow. The topic of aliens has long divided the space scientists, a large part dismissing the possibility of the existence of aliens. But astrophysicists such as Stephen Hawking and his likes are confident that there are other lives somewhere in this universe, or in other universes.

When asked about the universe and humans, the greatest astrophysicist of the time has said, "The idea that we are alone in the universe seems to me completely implausible and arrogant," adding considering the number of planets and stars that we know exist, "it's extremely unlikely that we are the only form of evolved life." The scientist is reported to have once said that aliens might visit our planet. Their object would not be unleashing destruction to Earth. The purpose of their visit would remain limited to knowing first-hand about the planet and its inhabitants. Sounding a great alarm, Stephen Hawking once told an interviewer, "I believe that life on Earth is at an ever-increasing risk of being wiped out by a sudden nuclear war, a genetically engineered virus, or other dangers." In these words he made it clear that there were no threats from the 'guests' from other planets. The crux of the sensational interview was the words as he said, "It would not be beyond the realms of possibility that somewhere outside of our own universe lie another different universe." Hawking concluded the alien chapter by saying, "I think the human race has no future if it doesn't go into space."