The corrupting syndrome of the super-rich 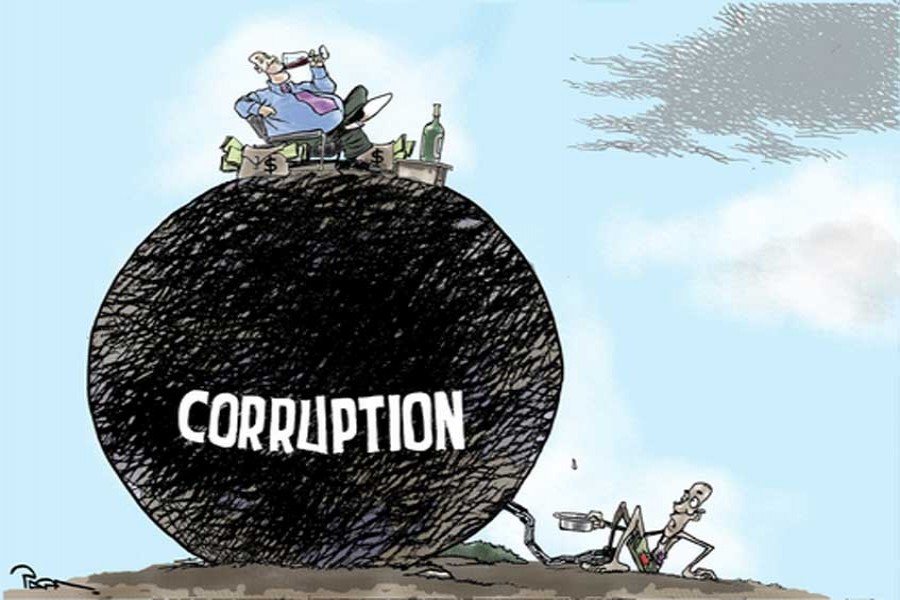 Manjoo argues that billionaires have more than what anyone needs even for a most excessive and lavish life style. "It's far more than anyone might reasonably claim to deserve, however much he believes he has contributed to society." This presents a moral case against the existence of billionaires, "with their current globe-swallowing power, garnering this level of adulation, while the rest of the economy scrapes by."

Manjoo, a tech journalist, also believes, "banishing billionaires – seeking to cut their economic power, working to reduce their political power and attempting to question their social status - is a pithy, perfectly encapsulated vision for surviving the digital future."

I would argue, billionaires are an existential threat to humanity.

A recent CNN report (July 12, 2019) tells that rich people do not just have bigger bank balances and more lavish lifestyles than the rest of the population, they also have bigger carbon footprints as they own more stuff, and burn more fossil fuel globe-trotting in private jets, travelling in luxury cars and cooling/ heating mansions. The jet-setting habits of celebrities produce an astonishing 10,000 times more carbon emissions from flying than the average person. This suggests that a very small share of humanity has a very significant role in global warming. A study, published in Environment and Behaviour, entitled, "Good Intents, but Low Impacts", finds that rich people emit more carbon, even when they recycle and buy canvas tote bags full of organic veggies.

According to the findings, published in the journal Ecological Economics, as the rich get richer, CO2 emission rises. The rich have money to burn; their spending power drives carbon-intensive consumerism. Furthermore, the political clout and economic power of the wealthiest individuals prevent regulations on carbon emissions. What matters is not inequality as such, but income concentration at the top end of the distribution.

The luxury emissions market is big and getting bigger. Americans purchase 2.0 million luxury vehicles a year; luxury yacht sales total US$5.7 billion globally and is expected to grow to US$10.2 billion by 2025. Soon there will be space tourism, a novel but green-house-gas intensive activity restricted to the super-rich for US$250,000. The potential for luxury emissions is growing as the number of millionaires worldwide is projected to increase to 63 million in 2024.

Therefore, the prestigious science journal, Nature Climate Change, argued recently to shift the focus of emissions mitigating efforts from world's poorest people - such as increased emissions potential from projected population, income and consumption growth - to people at the opposite end of the social ladder - the super-rich.

HIJACKING EVOLUTION: Reflecting on the advances in genetic technologies, Jamie Metzl – technology futurist, geopolitical expert, past White House fellow, and dedicated endurance athlete – claims in his Hacking Darwin, "From this point onward, our mutation will not be random. It will be self-designed. From this point onward, our selection will not be natural. It will be self-directed." While society might overcome diseases by tweaking individual genomes, genetic engineering may also give rise to 'superhumans', "optimised for certain characteristics (like intelligence or looks) and exacerbate inequalities in society." Metzl thinks, new genetic technologies are at once wonderous and terrifying.

In his posthumously published book, Brief Answers to the Big Questions, Stephen Hawking warned that genetically-enhanced elite could become a dominant overclass that could eventually wipe out the genetic have-nots of a future civilisation. The esteemed scientist did not explicitly mention who would be superhumans, but it is clear that the ultra-rich will become the first superhumans. After all, who can afford the newest, ground-breaking technology? The people who can afford everything else.

The appearance of superhumans is no longer science fiction. The magazine of the super-rich, Fortune, recently reported that designer babies are coming in 20 to 30 years, and "when baby genes are for sale, the rich will pay". IVF pioneer Lord Winston has warned that a growing market for fertility treatments could "threaten our humanity", including if the rich were able to pay for so-called "designer babies".

Mark Thiessen titled his The Washington Post opinion piece "Gene editing is here: It's an enormous threat". He wrote, "Only the wealthy would be able to afford made-to-order babies. This means the privileged few would be able to eliminate imperfections and improve the talent, beauty, stature and IQ of their offspring - thus locking in their privilege for generations. Those at the bottom would not."

Thus, Marcy Darnovsky, executive director of the Centre for Genetics and Society wrote in The Guardian, "Genome editing for human embryos is an unnecessary threat to society." David King, a molecular biologist and founder of Human Genetics Alert, cautioned in his The Guardian opinion piece, "Hijacked by the free market, human gene editing will lead to greater social inequality by heading where the money is: designer babies… Once you start creating a society in which rich people's children get biological advantages over other children, basic notions of human equality go out the window. Instead, what you get is social inequality written into DNA."

Stephen Hawking's observation is much starker, "Once such superhumans appear, there are going to be significant political problems with the unimproved humans, who won't be able to compete. Presumably, they will die out, or become unimportant. Instead, there will be a race of self-designing beings who are improving themselves at an ever-increasing rate."

Genetic engineering, driven by the super-rich's market power, will change the very definition of what it means to be human. Jamie Metzl warns, the goal of improving the human population by genetic technologies can get extremely dangerous. For example, horrible crimes against humanity were committed in the name of different considerations of "improvement". In 1925, Hitler wrote in Mein Kampf, "The stronger must dominate and not mate with the weaker".  Claiming superiority of race, the colonialists wiped away the indigenous people of Americas and Australia.

END OF HUMAN: Enter advances in artificial intelligence (AI); whoever controls AI technologies will have the power to influence society and humanity on a massive scale.

The optimist AI expert and author of Humans Need Not Apply: A Guide to Wealth and Work in the Age of Artificial Intelligence, Jerry Kaplan admits that robots will be owned by the rich. "The benefits of automation naturally accrue to those who can invest in the new systems, and that's the people with the money."

Robots will enable capital to separate from labour; capital will not need labour to reproduce itself. With robotic capital, elites will be able to completely secede from society to insulate themselves from other people. Equipped with an infinite supply of workerless wealth, the super-rich could seal themselves off in a gated paradise, leaving the unemployed sub-humans to rot.

Peter Frase speculates in his book, Four Futures, that the economically redundant hordes outside the gates would only be tolerated for so long. The masses outside might get restless - and that is a lot of possible pitchforks.  "What happens if the masses are dangerous but are no longer a working class, and hence of no value to the rulers?", Frase wonders and gives a frightening answer, "Someone will eventually get the idea that it would be better to get rid of them."

In Guns, Germs and Steel, Jared Diamond described how gaps in power and technology, even without genetic superiority, determined the fates of human societies during the past 13,000 years. Now with 'designer genetic superiority' and weaponised AI – enabled by concentration of wealth and power – it would be a world defined by the "genocidal war of the rich against the poor".

NO JUSTIFICATION FOR SUPER-RICH: Justifying the existing of billionaires, Josef Stadler, the head of ultra-high net worth at UBS Global Wealth Management, said that the business acumen of super-rich "has also translated into their philanthropy, as billionaires seek new ways to engineer far-reaching environmental and social change. This 'Billionaire Effect' is alive and well across the world - and shows little sign of slowing."

Philanthropic ethics expert Chiara Cordelli says that relying on donations can divert the responsibility of social care from governments to private benefactors, and runs the risk of creating other political problems by paying for issues to bypass the democratic process. "The philanthropist should not get to decide – in virtue of her or his disproportionate influence – which world we should live in," she said.