The consequential presidential election in the United States 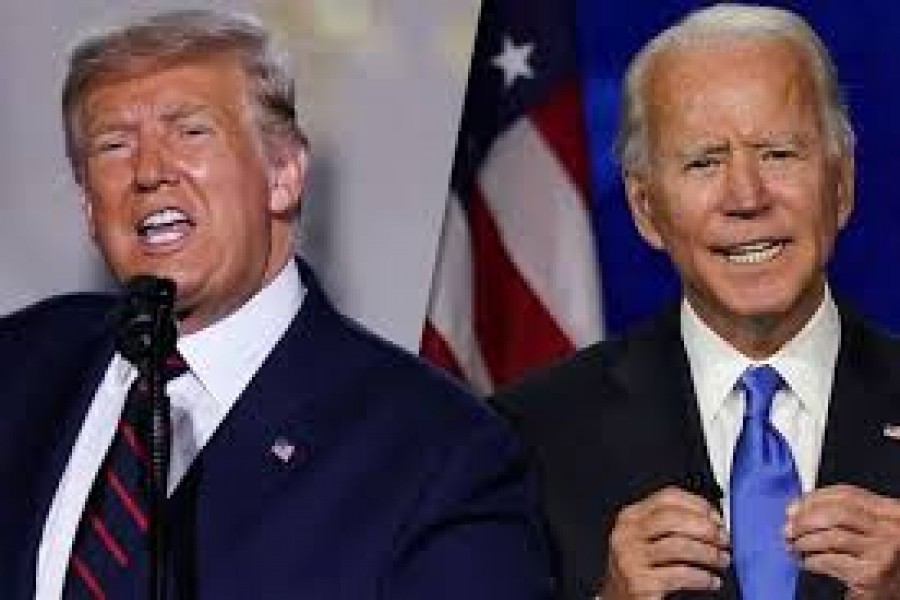 The presidential election in the United States is six weeks away. On November 3, 2020 the Americans are either going to reelect Donald Trump for another term or elect former Vice President Joe Biden as new president. Traditionally, people in the United States reelect the incumbent president for the second term. There have been exceptions in recent history. Jimmy Carter was elected president in 1976. He was an admirable person but could not cope with the challenges unfolding. The "Iran crisis" that culminated in the overthrowing of Reza Shah Pahlavi and installing Ayatollah Khomeini's Islamic Revolutionary Government, and Russian invasion of Afghanistan doomed Carter as one term president. George H.W. Bush succeeded President Ronald Reagan in 1988. President Bush inherited a vibrant economy, witnessed resurgence of nations in East Europe and Central Asia from decades of Soviet servitude; and emergence of the United States, for the first time, after the end of the World War II, as the only super power in the world. Bush led the Arab World in expelling Iraq from Kuwait in 1991 that brought him admiration for the leadership. But the US economy fell into stagnation, unemployment began to rise and people became disenchanted. On the following year, he was defeated by Bill Clinton. Bush, like Jimmy Carter, ended his political career as one term president.

Donald Trump entered the presidential race in 2016 unexpectedly. He was not a politician, never held a public office either at the state or federal level. He was a successful businessman thrived on the property he inherited from his father. Nearly a dozen seasoned politicians, senators, former governors contested for the benediction of the party but at the end Trump secured the nomination of the Republican Party. During the debates and in rallies, Trump used to degrade women, branded Latinos as thugs and rapists and leveled the Muslims as enemies. He had very little respects for the black community. His remarks about the minorities were obscene, unwarranted and bizarre. Political observers maintained that Trump got the support of the "White Supremacist" but did not expect he would get elected. He, therefore, cared less and eviscerated his venom about the minorities. His election victory was a total surprise and contrary to all opinion polls. Though trailed behind Hillary Clinton by two million popular votes, Trump nonetheless secured majority of electoral votes and won the election. The electoral charade was reappearance of the same fiasco that happened in 2000 presidential election. The electoral mismatch was adjudicated by the Supreme Court and declared Bush as victorious, though Al Gore had secured more popular votes than Bush.

As "Election Day" comes closer, pressure intensifies and tension mounts. Joe Biden, the Democratic nominee has no major baggage. He is campaigning promising what would he do to improve the economy, how to contain the deadly and unstoppable Covid-19 which has already taken nearly 200,000 lives, how to cement the racial divide in the country, protect the minorities especially the people from the Black community from police atrocity and how to reintegrate the United States back to the international community.

Trump, on the other hand, needs to tell the electorates what he had promised four years ago and how much has he redeemed. He has a long balance sheet. Trump pledged to stop infiltration of illegal immigrants from the south and assured that he would build a long and high wall along the southern border and would make the government of Mexico pay for it. The wall hasn't been built and the Mexican government declined to pay a cent for it. The Congress refused to make any budgetary allocation for the wall. Trump applied his executive authority and instructed the Defence Ministry to divert $2 billion for the construction of the wall. The members of the Congress challenged this diversion of fund arguing that only the Congress has the power over appropriation and reallocation of the fund.

On handling of Covid-19, Trump acted in defiance of the advice of the scientists and health experts. At the outset, he downplayed the risk of the pandemic and predicted that one day it would miraculously disappear. When the pandemic hit hard, and thousands succumbed to the disease, he began to blame the state governments for their incompetence and failure. Now Trump has admitted that he played it down to avoid panic.  Despite knowing how deadly the virus could be, Trump failed to develop a national strategy to implement on emergency basis. Ignoring the advice of the Centre for Disease Control, Trump went on prescribing Hydroxychloroquine and urged the physicians to apply the same on the patients undergoing treatments at the hospitals. CDC campaigned to use masks in public places and avoid public gatherings, but Trump showed little respect for CDC's advice and appeared in public rallies without wearing a mask. He put pressure on the Governors to reopen the public places including the beaches and the outcome was a huge spike on the infections. Trump asked the Governors to reopen the schools ignoring the advice of CDC and rejecting the concerns of school authorities and parents. Many Republican controlled states heeded to Trump. Consequently, over 6.8 million people have been infected and nearly 200,000 people have died of Covid-19.

Had Trump launched serious efforts right from the beginning putting CDC in the lead and coordinated the response with different agencies at varying levels, streamlined logistics, provided resources; the pandemic could have been contained months ago and many lives could have been saved. Trump instead resorted to falsehood.

Since the murder of George Floyd in May, the country has been rocked by protests demanding an end of police brutality. Trump, in response, denied systematic racism against the Black community and argued that it is the White people who are being persecuted and should feel aggrieved. His message to Whites, "Be afraid, those people - you know who I mean - are trying to take over your country. I will stop them." Trump's message is a dangerous provocation to thwart the Black Lives Matter movement and stand up for White Supremacy. When the call comes from the White House to rise against a community, the nation cannot remain united.

The Congressional Budget Office projected on September 9 that national debt will reach about $22 trillion in the coming fiscal year. This means that for the first time since World War II, the debt is equivalent to the size of the US economy. Trump's claim that the economy is bouncing back is not borne out of facts. About 29 million people have lost jobs since the pandemic struck and 20 per cent of the small businesses have been closed. Last week alone, 1.6 million people have newly applied for unemployment benefits. Trump had inherited a growing economy in 2016 from President Obama who steered the country from one of the most severe recessions in 2006 to 2009. The housing markets collapsed, thousands risked foreclosures of their homes, auto industries faced shutdown and airlines applied for bankruptcies. Obama advanced $2 billion to rescue the beleaguered home owners, approved bail out package for the auto industries and granted soft loans to the airlines.

Consequently, employment in the auto industries grew from 685,000 in August 2010 to 950,000 at the end of 2016 - a gain of 265,000 jobs. The momentum continued into 2018 when employment in the sector peaked nearly 1 million. The domestic car business gained a new lease of life at the end of Obama's first term with much lesser investment than was budgeted.

On foreign relations, the US stands very isolated. Trump has pursued a policy of disengagement. In the past four years, the United States abrogated Iran Nuclear Dealt known as JCPOA, Trans Pacific Partnership Agreements and replaced North American Free Trade Agreement. It has withdrawn from United Nations Relief and Works Agency (UNRWA) mandated to provide humanitarian assistance to vulnerable population in Palestine, United Nations Education, Scientific and Cultural Organisation (UNESCO), United Nations Criminal Court of Justice, Paris Climate Agreement and World Health Organisation. Washington's partnership with North Atlantic Treaty Organisation (NATO) is no longer unequivocal. It's relation with the United Nations remains caustic. Now on the eve of presidential election, Trump has been enacting "normalisation of Israel's relations" with United Arab Republic and Bahrain (in fact this is an anti-Iran coalition) leaving behind the Palestinians. The leitmotif of the Middle East conflict has been the occupation of Palestine and any attempt to build peace at the exclusion of Palestinians will be an exercise in total futality.