The budget and the fear of further wealth gap 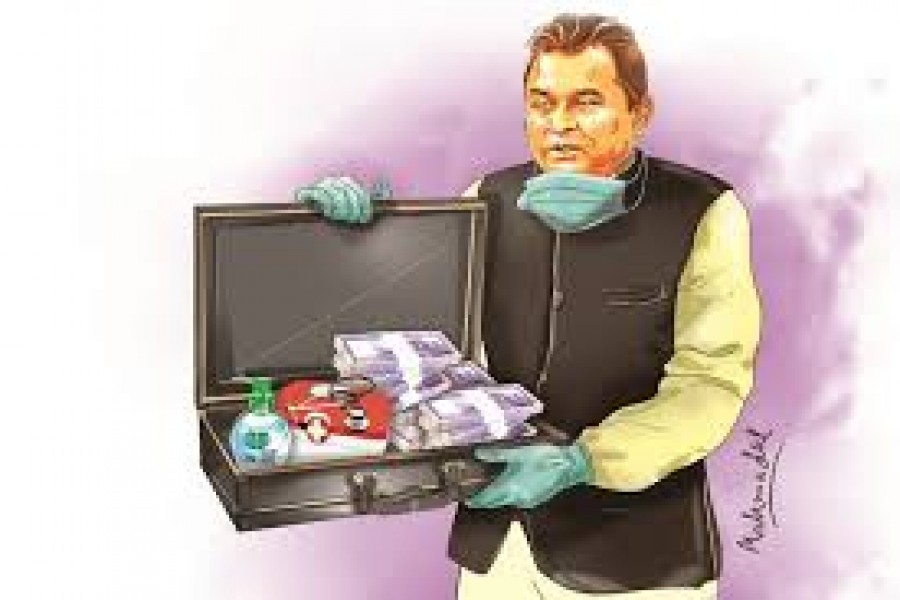 Against the backdrop of the COVID-19 pandemic, the proposed budget for the fiscal year of 2020-2021 has been passed in Parliament. By refocusing from consumer spending on luxury products to government spending on generating employment, using the central and commercial banks to provide loans to keep industries afloat and investing on social safety-net programmes, the government aims to deal with the economic consequences of Coronavirus.

While the budget purports to address some of the crucial impacts of pandemic, it does not appear to adequately address the increasing divide between the upper and lower-income groups. The stimulus package boasts a total sum of Tk. 1031.17 billion, which, ideally, should have dealt with both economic and humanitarian concerns. Unfortunately, the breakdown does not explain how the goals are to be reached.

The 50.00 billion meant for export industries seeks to guarantee that workers are paid, however there is little clarification on how this money is to be used. Assuming that these companies are able to use this fund to cushion their losses, it still does not address the problem of whether and how this ensures long-term employment sustainability for workers at the lowest rung of these industries. The budget also flaunts a significant expansion of the Export Development Fund in hopes to ensure competitive participation in a globally recessed market. These measures are specifically targeted to protect and cushion the damages that are estimated to befall on the industry. However, it does not explicitly address the post-pandemic potential for unemployment.

The budget also boasts a 300.00 billion loan opportunity at subsidised interest rates to large companies. While understandably, this is done to ensure that 'too-big-to-fail' companies survive, the conditions of the loans offered by commercial banks are vague. Whether companies are going to lay off workers in order to meet overall revenue requirements is still largely not clear. What this often means is, profit maximising companies might choose to lay off a vast majority of staff that are usually employed for maintaining office premises and perform other forms of odd jobs. This includes cleaners, guards and service vehicle drivers.

Conversely, another set of loans of up to 200.00 billion has been extended to CSME (cottage and small, medium rnterprises) companies. The lack of clarity creates three problems. First, this will predominantly benefit larger companies. Even in such cases, these companies would have to set up considerable collateral risk and, in most cases, they too would suffer from the same problems mentioned  in the preceding paragraph, albeit on a smaller scale. Second, most commercial banks provide loans based on either collateral provided in the form of equity in the company or based on the company's credit ratings. Smaller companies typically don't have the necessary credit rating for a loan of a meaningful size and neither do they have collateral that is adequate, unless they sacrifice significant portions of equity or lay off significant staff members. In any case, this places these companies at a far greater risk of dissolution. Thirdly, sole traders are faced with these challenges with no help, endangering their livelihood. Under any of these scenarios, significant numbers of lower tier employees will be at risk of redundancy, leading to further hardships.

Similarly, another 20.00 billion has been allocated to four specific banks in order to help finance endeavours of recently repatriated, unemployed youths in rural areas. These loans are structured similar to micro-credit loans as seen in the past. The objective here is to allow for self-employment and to incentivise individuals to continue agricultural production. The problem stems, yet again, from the lack of specificity and a proper understanding of the needs of the poorest communities. These forms of loan structures in the past has led to numerous problems, including, unplanned spending, inability to set up business models and a plethora of other issues that eventually drive borrowers into deeper debt. The fact that this given at low interest rates do nothing to curb the objective of the banks to keep their businesses afloat. The lesson should have been learned from South Africa in 1994, where without strict government intervention and policy, the original objective of the loans was derailed.

The budget also offers significant expenditure on humanitarian efforts. Beyond spending (an undisclosed sum) on affording protection and other financial incentives to frontline workers like the police and health-care workers, the budget provides for increased spending on provisions of food and shelter for the most vulnerable in society. The budget provides for distributing rice and wheat and also cash transfers up to Tk 2,500 to five million poor families. It also  provides for further subsidising the price of rice to as low as 10 taka per kilogram for the underprivileged. The government has taken steps to provide living accommodation for the homeless and expand existing allowances to include greater numbers among identified vulnerable groups.

Whilst commendable, these steps do not address the core concerns of high unemployment. The government risks leaving the poor and vulnerable dependent on charitable measures without providing them with meaningful access to means of production.

Additionally, the budget also offers a series of subsidies (up to 95.00 billion) and cash injection into the agricultural sector. This comes along with Tk 2.00 billion allocated with a view to mechanising farming processes. The budget also proposes a hefty 50.00 billion agricultural credit extension to farmers and a further 30.00 billion refinancing scheme for small-income farmers. Without appropriate planning, it is impossible to balance the benefits of improved (weak) production with the harms of automating working-class jobs - or even estimate its effects on various farming collectives. Bangladesh's agricultural industry comprises of large farming groups, small income farmers and traders and employees. Mechanisation is most likely to benefit the larger farming groups whilst decimating their workforce. Lower income farmers risk being driven out of business, which is a high price to pay for more production on the macro-level. This is harmful because there are many small farms which will be competing against larger farming collectives who will be able to take more loans to ensure increased production. This also means that they are able to reach markets faster and dominate them. Effectively, the measures in place, similar to the loan measures above, protect the upper echelon of the targeted group that the budget purports to protect.

Understandably, addressing all concerns in the budget is a herculean task. However, without specific directions from the government, there is a risk that commercial banks and the private sector will attempt to maximise profit at the expense of the poor and the vulnerable, who need the government to protect them. The policies proposed in the budget leave them behind. Increasing wealth gap, paired with cash injections of up to 700.00 billion by the central bank into the economy risks massive levels of inflation. With the most vulnerable at the risk of losing daily wages, this means they will be unable to afford daily commodities, while the rich and better-off have a cushion that can keep them afloat.

Ahmed Shafquat Hassan is a

ASEAN: The journey of 53 years of development