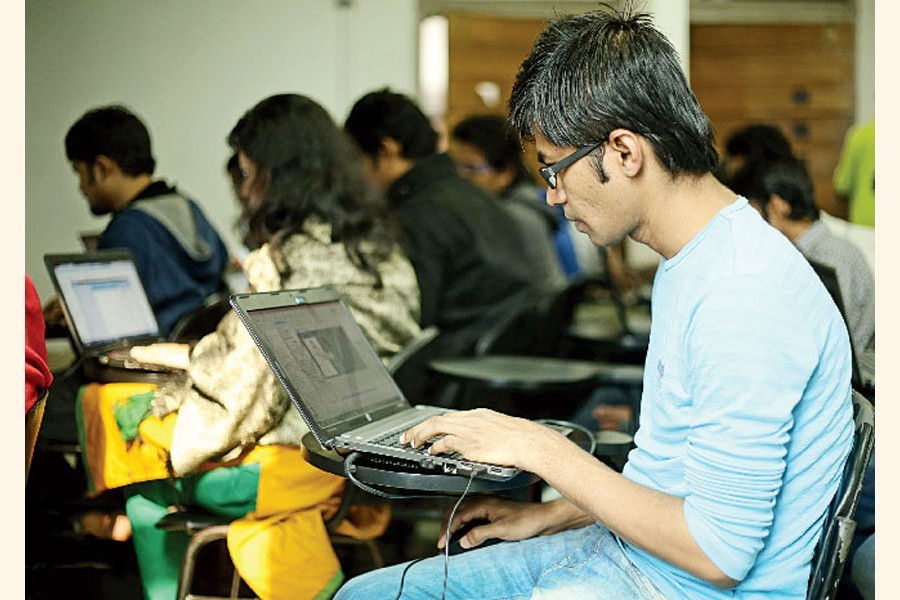 If machines do the work better than us, do we become smart? And if we keep importing those machines, will we progress to be a smart nation? There has been a renewed urge for operation transformation out of digitisation from Singapore to Bangladesh. Instead of just producing and sharing data in digital format, the smart nation initiative focuses on gathering insights from real-time sensor data and taking actions, often by machines. Hence, at the operational level, human beings are relieved from applying knowledge and labour to get jobs done. For sure, added smartness by technology makes operations more responsive to users' needs-reducing time and wastage. But if a nation relies on importing technologies to make operations smart, will its citizens be more intelligent than before? Through this process, do technology-importing nations erode the ability to create economic value out of knowledge and labour of their citizens? Will a nation be better off by reducing the demand for local knowledge workers? If we keep automating all kinds of operations through borrowing ad importing technologies, what would be the value of education for gathering knowledge?

Yes, using advanced technology in making operations smart helps to be more productive. But what should be the alternative to technology import? Should less developed countries focus on acquiring technology capability to produce economic value in technology advancement and innovation? Should smart nation programmes be seed beds in developing the capability of knowledge and idea generation and trading them in the global market?

Let's look into an example of smart nation operation. Almost 40 years ago, in most less developed countries, all the activities pertaining to automobile registration, fitness certification, and enforcement of traffic rules used to be manual. The paper-based operation used to be slow and error-prone. But that operation needed the knowledge for registering data, checking the fitness, and enforcing traffic rules. Let's imagine uplifting it into an intelligent process. Instead of humans, machines collect and register vehicle data, check fitness, monitor driving performance, and autonomously regulate driving behaviour. Of course, it will improve performance and reduce wastage. But what will happen to jobs at each level of such an operation? Many college graduates will find their knowledge useless in such intelligent operations. If we import all those relevant technologies such as sensors, IoT, connectivity, software and computers, how are we going to compensate for the loss of knowledge workers' jobs? And if you make every government and private operation smart by making operation-level human knowledge irrelevant, what will happen to the market value of human smartness? Should we pay attention to this reality in pursuing smart nation initiatives?

To protect jobs, should we stop or slow down the intelligent nation programme? Of course, not. But how to create jobs for knowledge workers and pursue operation transformation into smart ones simultaneously is a development challenge. Instead of addressing this critical issue, if we follow the agenda of borrowing, importing, and deploying foreign technologies, we risk net job loss. Yes, such an approach is straightforward. Just follow the lead users' operation transformation, borrow money and give contracts to foreign firms for importing hardware, software, and expertise. Yes, this is a less risky proposition. It's an easy way to show the progress of a smart nation. But how will labour-exporting countries like Bangladesh repay the loan? Will the foreign currency reserve issue get worse? How will they create economic value from the employment of their growing university graduates? Unfortunately, international consultancies have been selling import-led smart nation agendas to an increasing number of less developed nations.

Instead of importing, what could be an alternative? Should they go for import substitution? But what is the scope of adding value and creating jobs for knowledge workers by pursuing import substitution? So far, less developed countries have pursued assembling or manufacturing-centric import substitution. Unfortunately, there has been a decreasing role of knowledge and labour in making copies of foreign products. At the assembling level, the value addition out of labour contributes as low as 2 per cent of the cost of the products. And at the manufacturing level, the value addition from labor and knowledge of operation has come down to less than 10 per cent. Furthermore, there have been economies of scale and scope advantages. Hence, meeting domestic consumption through conventional import substitution does not have much merit.

Well, what is a viable alternative? We should draw a lesson from other countries to find the answer to such questions. Notable examples include Japan and Taiwan. China has also been trying to follow their footsteps. For instance, China started the journey by importing solar cells and wind turbines to leverage renewable energy. But very soon, China moved from importing technologies to assimilating and engineering. Subsequently, China has upgraded to knowledge and idea generation out of R&D, leading to innovation. Consequently, through becoming a renewable energy production leader, China has also become a net exporter of renewable technology products like solar cells and wind turbines.

Citation of China's example may face the barrier of domestic market size. Unlike China, most less-developed countries do not have a large domestic market. In this case, we should draw a lesson from Taiwan. Taiwan imported a silicon wafer processing plant from the USA to leverage the growing semiconductor industry. But instead of just operating imported technology, Taiwan focused on learning, generating, and trading knowledge and ideas. Subsequently, Taiwan has succeeded in developing a global edge in microchip innovation. Through the process, Taiwan has reached high-income status due to graduation from idea importer to exporter-creating huge jobs for university graduates.

Countries like Bangladesh cannot afford import-led smart nation programme. Of course, these nations must pursue transformation through digital technologies. But they should follow it for technology assimilation and innovation to graduate from idea importer to exporter. They must rethink the prescription of technology-import-driven smart nation initiatives. This is an opportunity for paving the way for generating foreign currency out of idea export, instead of increasing foreign loans. Yes, an alternative to technology-import-driven smart nation programme will be a complex one. It will take time to show a result. Unfortunately, that is the only option for making the nation smart. Otherwise, technology-import-led smart nation agenda runs the risk of closing the market of university graduates and making the nation's educated population a burden. Will such a reality make the nation truly smart?

Major challenges for Bangladesh economy in 2023

Caught in a crucible of stress in a mega city

Of Dhaka's resilience: the endless saga

Inequality: reining in the 'beast'

LCs from third country: a new perspective for import?

Economic dynamics that need to be monitored in 2023