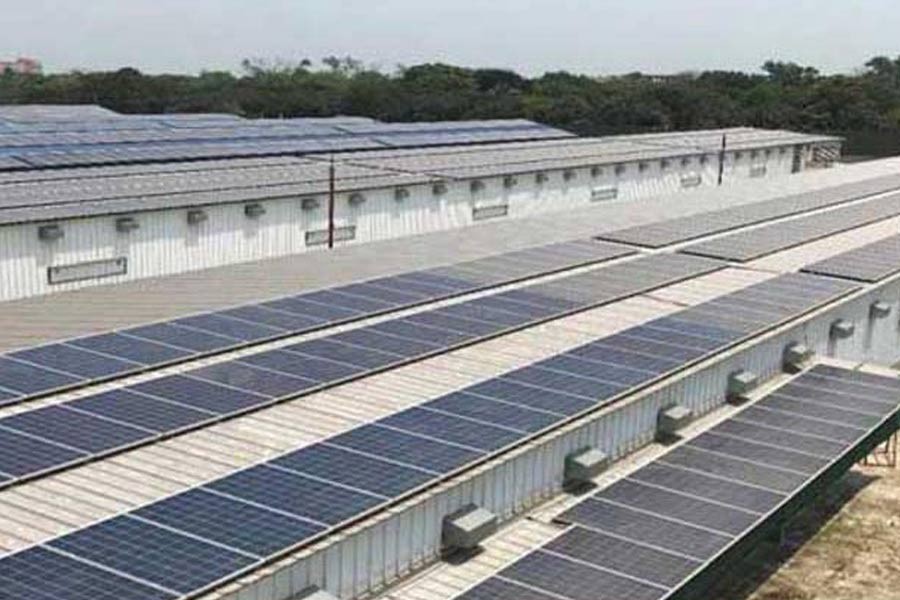 Falling costs, driven by technological advances and economies of scale in manufacturing, have increasingly been making solar power as competitive as conventional energy.

To date installed capacity of solar power in the country stands at around 400 megawatt (MW) only. Given the availability and rapidly declining costs, substantial amount of solar power could not be generated because of competing demand of land for agricultural or other uses. In view of scarcity of land, rooftop solar offers a feasible application to scale up solar power generation. The modular nature of solar photovoltaic (PV) system makes them highly adaptable for use on roofs.

Typically, a bi-directional meter measures and records electricity flows in two directions - from utility to consumer (import) and consumer to utility (export). The consumer is billed on the basis of net meter reading, that is, imported unit minus exported unit. A net balance in favour of the consumer is carried forward to the next month while a balance in favour of the utility is settled at the end of the month as usual. Finally, at the end of the financial year, that is, in June annual energy balance is calculated and if there is any net exported unit, consumer gets payment for the exported unit as per bulk rate at which the distribution utility purchases electricity.

The economics of installing a rooftop solar is gradually improving with decreasing prices of solar power and supportive government policies. Between 2010 and 2018 the global weighted average cost of electricity from all commercially available renewable power generation technologies experienced decline with solar PV experiencing the largest decline which is 77  per cent.

In keeping with global trend, per unit electricity kilowatt hour-kWh generated from rooftop solar in Bangladesh has now come down to the range of Tk 5.5-6.5 depending on solar insolation, equipment used and mode of investment. On the other hand, price of grid electricity for industrial consumers is now in the range of Tk 7.25-10.19 per unit (kWh) depending on voltage level and time of use. Considering the present cost of grid electricity, though cost of energy is transient, it would take six to seven years payback period for an investment to recover its initial outlay. Thus, it makes sense for industrial consumers to set up rooftop solar and that too without further incentive.

In setting up the rooftop solar, PPL had to organise the total investment required and paid upfront for the equipment, design, installation and commissioning. At present PPL owns, operates and maintains the rooftop solar system alongside its poultry business. Despite successful initiatives of PPL and some other industrial consumers, the fact remains that most of the industrial consumers do not have technical know-how to set up and maintain a rooftop solar system which leads to a risk perception in case of investment in such a noncore business.

For offsetting perceived risk many countries introduced third party sometimes called Energy Service Company (ESCO)-owned business model known as OPEX model that creates value for the consumer and allows the ESCO to earn money. Here, the third party or ESCO organises the entire investment, constructs and owns the rooftop solar plant, takes responsibility of operation and management. Rooftop owners consume the electricity generated from the solar system for which they have to pay a predetermined tariff on a monthly basis. It is pertinent to mention that OPEX model has different versions such as solar leasing and solar power purchase agreements (PPA) model of the USA and Renewable Energy Service Company (RESCO) model of India.

The OPEX model has been a driving force for rooftop solar market expansion in many countries. For example, the United States and neighbouring India have successfully implemented this model to scale up rooftop solar power generation. As of June 2019 Bangladesh has a total of 286,469 industrial consumers that present immense opportunity for hosting rooftop solar systems. Introduction of OPEX model with provisions guaranteeing investment security will help leapfrog rooftop solar power generation and at the same time promote development of ESCOs in the country. Besides financial benefits, rooftop solar enhances green credentials of industries while demonstrating environmental responsibility to stakeholders.