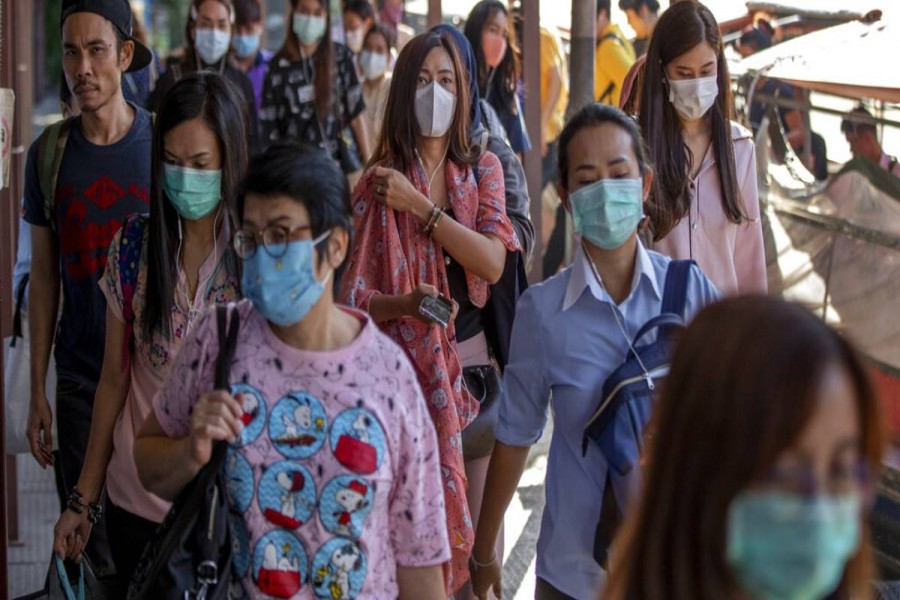 One of the underlying messages of the four-part Scopus Covid-19 series that ended last week is how the global economy has been either irrevocably shattered or rests upon too fragile pillars to be sustainable this century. Devastating local effects will only vary by degree. Even when staggered global closures, quarantines, and lockdowns end, the ruins will demand more than reconstruction. Policy-makers and business leaders with agility and prudence, standing out from the herd, could use this opportunity window to restructure a viable and sustainable 21st Century.

Scopus initiates another series, addressing how to tame that pandemic. Surfing the current war-torn battle-field, it appraises the lay-of-the-land to identify where both the damage will be the most and tunnel-ending light will shine the brightest.

Recovering first from the Covid-19 beast (with a literally faunal origin: either avian, as with bats, or bestial, as with pangolin), we must first list how frequently this 21st century has been stirred by avian, land, or marine outbreaks. The story began with SARS (severe acute respiratory syndrome, 2002-08, infecting 8,000 and killing 800+, with bats key suspect), became MERS (Middle East respiratory syndrome-related coronavirus, or EMC/2012) 2012-18, infecting about 2,000, but fatal to 700+, largely from bats), thence dengue (annual mosquito-driven infection infecting under 400 million, killing 40,000, and peaking in 2019), Ebola (a viral disease killing about 1,500 out of the 2,500 infected people between 1976 and 2013, before peaking from 2013 to 2016, with under 30,000 cases and over 11,000 deaths, mostly in West Africa), and finally West Nile virus (a bird-mosquito-bird transmission from 1999 in the United States, and affecting almost 40 mammals, with low human casualties), among others. Note how the frequency suggested climate change as being partly causal. Dietary/industrial needs and increased communications disseminated and complicated the picture, alarming Mother Nature into avenging our abuses of the planet's sustainable limits or resistant capacities.

We must begin by reassessing and recalibrating our own personal lives, shifting attention from feeding our own greed to salvaging our future. Meat consumption says it all. We have, over the past century, shifted so dramatically towards meat consumption that we have run out of cattle-ranching space, for example. As our personal income grows, vividly in recent times, for example, shifting from colonies to statehood, then from a rural population to metropolitan, our consumption patterns have also replaced grain-based basics for animal-infused plates. Injecting chemical into edible animals to boost both quality and quantity, we have displaced forests for grasslands, either through deliberate fires or letting rising temperatures devour the trees we have denuded. Rainfalls can no longer be captured as fully as before by forest-feeding underground water-tables (swelling rivers and seas, making land erosion an annual scourge where they used to be more sporadic, not to mention encouraging floods), while desertification paradoxically grows.

These release the 'black-swans' ['a metaphor that describes an event that comes as a surprise, has a major effect, and is often inappropriately rationalised after the fact with the benefit of hindsight'] we have thus far left only for discussions and publications. They have not influenced policy-making to make that environmental difference. Changing this is a start, and it should not have had to wait for the most dramatic 'black-swan', the Covid-19 outbreak, to give the final push as to what we must begin to do. Leaders in both business and politics must now be held directly responsible for what they do to mitigate these costly, deadly so-called ingredients of growth.

That journey from the farms to the dining-room plate, thence back to the environment, is crucial for any 21st century economic discourse. It is too multifaceted to adequately address in this one piece, or this entire Scopus series, but beginning with Dhaka's atmospheric cleansing, light may be shed for other global metropolitans. Removing as many animals, especially of red-meat or exotic nature, is crucial to ease the pandemic, but it is with removing fossil-fuelled emissions, industrial wastes, especially chemicals, and non-bio-degradable final consumer goods, even if industrial inputs, that the critical long-term difference may be made.

These were equally dramatically brought out on the last day before the country's lock-down began, on Independence Day: social distancing (two-metre distancing between two individuals), was fervently portrayed, preached, and prayed for, but what we saw were densely-populated railway platforms and coaches, shipping berths and steamers, road vehicles packed beyond limits, each instance stigmatising those very preventive purposes. Viruses multiply in such settings, one reason why the initial 10-day lock-down may not cleanse the air enough.

Sagacious policy-makers will immediately begin chalking out durable solutions to pre-empt inevitable future viral outbreaks. Fortunately, since we have already begun megaprojects to alleviate transportation problems/inadequacies, we must now expand these, even if that means doubling the staggering financial outlays already committed: not only more highways, railways, river routes, and airports, but also many times more vehicles, be they automobiles, rail coaches, steamers, metros, and so forth, just to give each passenger more space and privacy, the current needs. Spreading departing schedules to a 24/7 format helps: we are too small a country with too large a population to not do so. Rotating work-hours in conjunction with odd- and even-numbered license-plates alternating on Dhaka's roads could be another step to reduce contamination and congestion. Offices and factories with their own mandated spaciously-seated vans would be a dream-come-true reality, especially as costly Covid-19 consequences demand so.

Pushing the point, we cannot assume our refugee population away from remedy. Swallowing our own limitations as a human species, we should not choose about bringing them into our corrective equation. Since they will not be going anywhere in any crisis, or for a long time, except, of course, to virus-driven graveyards, we must build many more hospitals around all the refugee camps sheltering the displaced Rohingyas and constantly monitor their health status inside their camps. Once these projects become visible, we may just find out international organisations will consent to our decision to relocate them into prodigiously built Bhasanchar shelters. Fiddling while the country burns from a possible crisis or pandemic should not be how we identify ourselves, since the opportunity costs of a million Covid-19 infected refugees would be catastrophic for the country, damaging all the reputation we have built.

What the Covid-19 outbreak has penetratingly done is seriously puncture global-mindedness, that too at a time when, without external resources (for food, fuel, and factory-inputs), export-markets (at a time of skyrocketing consumption), or foreign direct investment/production (with infrastructure-building and supply-chain demands), the entire world could be catapulted back to the self-defeating late-20th century protectionism and stagflation. Every country is shuttering borders, the world's most open and longest one, between Canada and the United States, exemplifying the unfolding horror and how inherent differences between past friends could magnify into unnecessary blows. Our lockdowns and quarantines themselves could be dress-rehearsals for protectionist practices later. How we adjust cultural, economic, political, and social protectionism when our technological innovations demand broader and deeper global markets or pockets, will be the Rubicon of every business, country, family, global, organisational, and regional leader. Many may turn populist, accenting localism. The fate of 21st century civilisation depends on whether the local or global wins.

Paving the way to a satisfactory outcome will be further explored in the next Scopus piece.

Growth and poverty reduction: Will Covid change the positive links?

Protecting biodiversity for the future

The big failure of small government

How capital market can help in facing corona crisis in Bangladesh