One 'Greta' year: It is now or never 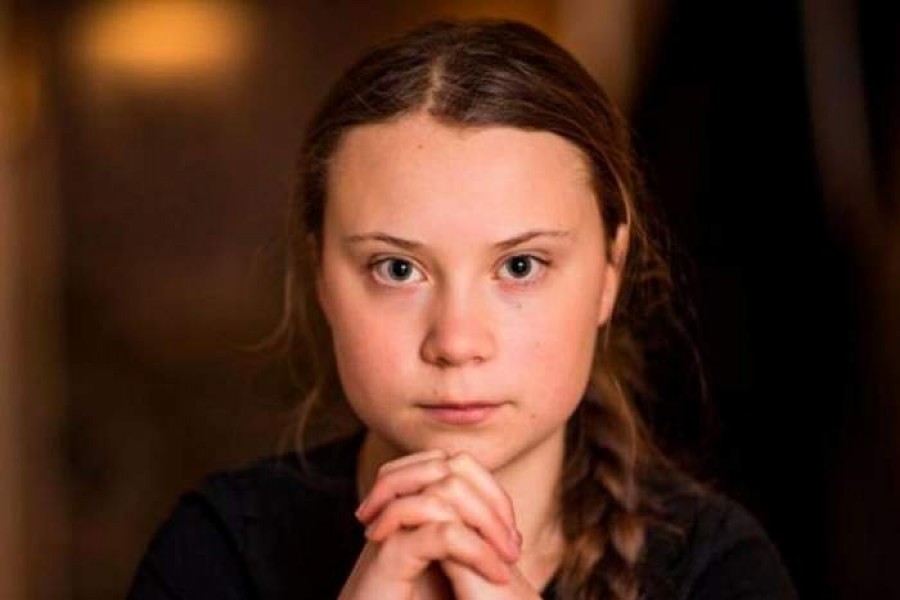 The tiny, thirteen-year-old teenager, Greta Thunberg, has rightly been named Time's 2019 'Person of the Year'. Standing taller than the typical world-promising politician by scolding her insensitive elders for destroying Mother Nature's most habitable planet, the Swedish high-schooler hit the world like a hurricane. Armed with sharp words, she mobilised millions of other high-schoolers across the world to diffuse 'the buck stops here' environmental message, then penetrated the formidable defences of even the most secured world leaders to rattle policy-making. What is most remarkable, and what really sets her apart, is how her message is so much at odds with even the materialistic expectations of her generation.

We must pause for a while to reappraise that generation. Being born in the 21st century means coming alive when social media has already ripped apart the very socio-cultural fabric, typified in the family and dotted with such landmarks as book-bred education, a 9-5 increasingly white-collar job routine, and more predictable, disciplined, and rote behaviour than humans ever had outside the imperial framework. This was the generation, we anecdotally felt, born to interact through robots, with push-button lifestyles touching almost every aspect of human life, from ascending steep ski-slopes to manufacturing their own babies digitally. Artificial intelligence (AI), one felt, was set to do everything to them than for them to struggle doing them on their own, from walking, biking, or driving to class for education or stores for shopping to letting their automobile drive them to wherever they wanted without a word of instruction.

Somehow this seemed to be an extension of Generation Z, that is, those born in the 1990s and the first handful years of the 21st century, the one filled with gadgets from head to toe. New names were even being invented for this post-Gen Z breed: the Wifi-Gen, iGen, texter-Gen, and so forth. Yet, Greta Thunberg showed much more was at stake. Her's must also be a generation born into the peak-hour of plastic suffocation, for example, of the world's ocean-life. So much has the damage been inflicted that the loss of oxygen beneath our oceans now equals the same loss as climbing any mountain beyond a certain height above sea-level. That is where the most advanced world known in history got unplugged, either unconsciously or indifferently at that. It was not as if we were not gobbling up all the fishes in the oceans and seas, driving many of them to critically low seasonal levels, but now with the oxygen also evaporating beneath us, who in this contraption-riddled world would believe the human ship is also not sinking for lack of fuel, oxygen?

With fires scavenging more forests to feed cattle, and thereby the urban trendsetter's gluttony, or simply ravishing countryside foliage and mountain slopes from the very heat emitted by our fossil-fuel consumption, the world was already walking an environmental tightrope that leaders of some of the world's most advanced countries in the world were simply refusing to believe or accept. That the earth would heal its wounds, as so many times it did in the past, and corporations would constantly elevate civilisations to higher technological thresholds, bred a self-perpetuating mindset that contraption-addicted youths would automatically be absorbed by.

It took a stout Scandinavian schoolgirl to fiercely whistle how the damage was fast outpacing the numerous innovative deeds, in software programming, for bloating billionaire bank accounts, and about nothing else but enhancing self-promotion. She not only shrieked the message obstinately loudly for the antipathetic crowd to listen to, but even gave enough of her own contemporaries enough to chew so they could rethink their dimmed future prospects more squarely.

Greta's greatest moment was there for anyone to take. Blocs of people right across the world felt the pulse and feared the future. Yet no voice was loud enough to rise above the growing noise of neglect, antipathy, and abuse. It was not that they were not trying. About the same time as Time announced its 'Person of the Year' (December 12), a strong string of corporations across Europe placed a 'Green Plan' before the European Commission, which is now set for a European Parliament vote. It calls for stringent lifestyle changes, but all, like the proverbial tortoise, to unfold too slowly, and all too gradually, by 2050 or so.

The foundation of European regional economic integration would be fundamentally changed. If one recalls, this dynamic unfolded in the gripping post-World War II atmosphere: the European Coal and Steel Community became the decisive fossil-fuel trigger to produce the German economic miracle and enable European recovery in the early 1950s. It was to become the European Union (EU) touchstone, evolving through the 1958 European Economic Community. Even two decades later, as the European Community, West European was boasting more 'green' political parties than any other regions of the world. It is not surprising how corporations that minted their millions and billions because of a fossil-fuel tryst from this very region would turn green. It is even less so that a Greta Thunberg would spring from any other playground.

We will see those changes come, both swiftly and sedately, but come they will as trading partners and political allies around the world will know from the policy-changes they will have to make to enter the European market. Within this context, Brexit may not be as anomalous as we may believe it to be: what it exposes most is how the free-trade philosophy that Scottish Adam Smith learned from his French tutor, Quesnay, is no longer the automatic staircase to perpetual prosperity, or even to any escalation at all. Britain has stood away from a community-mindedness more concerned about self-preservation than self-enhancement, and in this sense aligns well with the environment-bashing Donald Trump presidency in the United States.

Whether bedfellows by adversity, affinity, or alignment, both countries might find free-trade may have traded the very freedom of Mother Nature. If protecting it opens a pathway that might culminate in populism, one might not have to blame environmental protectionism for that: protecting the local community may be the only commonality between those two forces;  but where environmental protectionists emphatically believe that 'acting locally' is intrinsic to 'thinking globally', populism begs to differ by closing that extension. It is this divergence that may halt the iGeneration from fulfilling either instinct of globalisation or populism satisfactorily enough, thereby handing to the neo-liberal philosophical nemesis the very victory that accelerated this climatic degeneration in this century.

Greta Thunberg is the very symbol of why rising above climate-change denials also dents the fate of populism. Without protecting home turf, thinking globally merely exposes the 'local' to 'global' forces, but environmentally no 'local' ever makes sense without the 'global' connection, drawing that line is imperative. Shifting from one to the other is the Greta message that makes 2019 'her' year. We will have to stand our ground to see what results.

We already note now China more dramatically and India not quite so negligibly have started making green waves. Whether growing affluence in the former (if the United States and United Kingdom are any examples), or consuming poverty in the latter (as has always been the case) become the pivotal turnstiles we do not know. Historically, we have not been too optimistic about either transformations, that is, of affluence automatically protecting the environment or poverty permitting environmental sensitivities, but Greta's message of how even history has run out of environmental time is gripping. It is now, or never. Either way, she was the whistle-blower to save us or make take the last stand before our own castle, 'Rome', or home falls.