One Belt One Road: Integrating economies on a broad range 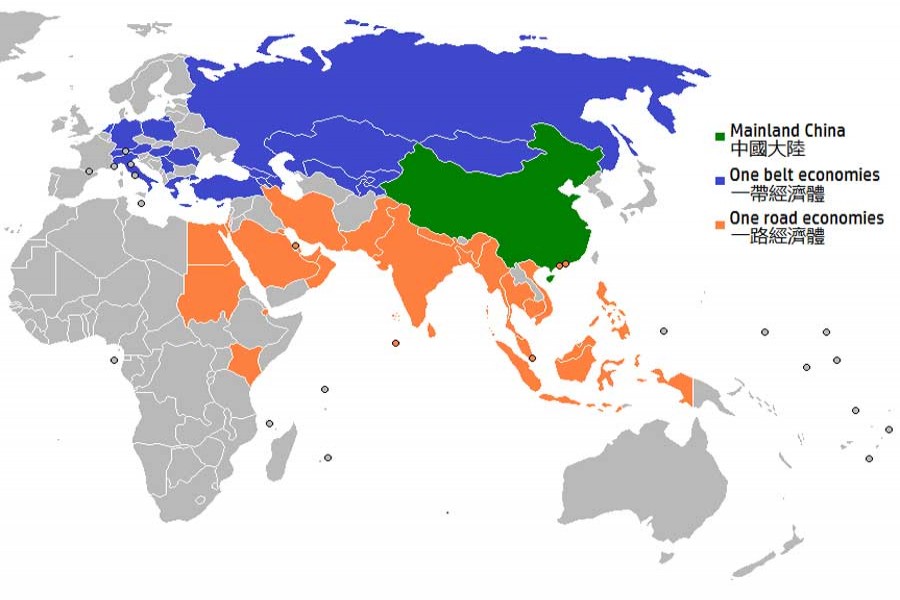 An effective method to enhance regional cooperation in the region could be the creation of regional fund or regional bank to finance aid projects, crisis prevention and also to provide finance to the private sector. South Asia could take lessons from the experiences of ASEAN states trying to attract intra-regional investments with the help of ASEAN investment area. Even, mobilising foreign exchange reserves for development projects and crisis prevention could play an important role. Secondly, initiating regional bodies to manage size and directions could be an effective way to boost regional economic cooperation in South Asia. Regional institutions are not only the outcome of negotiation processes but also drivers of negotiation processes.

A viable approach to increase financial cooperation can be building and implementing the mechanisms like Asian Clearing Union (ACU). The Kunming Initiative, which is currently known as 'BCIM (Bangladesh-China-India-Myanmar) Economic Connectivity Forum for Regional Cooperation' began its journey in August 1999 in Kunming, capital of China's southwestern province of Yunnan. After 14 years of intense dialogue and cooperation, today BCIM Forum has become an important sub-regional cooperation mechanism in the region, aimed at greater integration of trade and investment between the four countries. Subsequently, to facilitate and consolidate the process of regional economic cooperation and create cross border trade and investment opportunities both at public and private sector level, an organisation named China Kunming International Logistics & Finance Association (ILFA) has been set up in Kunming with the support of the Chinese government.

In South Asian region transaction costs are high due to the high share of raw materials, high transportation costs, weak infrastructure and fragile financial services. The lack of scope for direct investment has been another obstacle in the market driven cooperation. Non-tariff barriers, such as inefficient border procedures, excessive documentations, burdensome custom procedures, inefficient port operations add significantly to the transaction costs of intra-regional trade. South Asian economies, under the current scenario, have to play a greater and firm role in regional cooperation process. They have to avoid periodic provocations such as terrorist attacks or random economic shocks. Member states have to enhance their stance by willingness to grant unilateral trade concessions to each other. The common approach towards cooperation could be and must be responsible that might create a functional platform making comparable connections of interdependence having common norms and confidence building.

In this context it may be pertinent to say that South Asia Sub-regional Economic Cooperation programme (SASEC) that was launched in 1996 with Bhutan, Bangladesh, India and Nepal for sustainable economic development under the banner of Asian Development Bank (ADB) could be extended to other areas of cooperation among the states in the region. To prevent the conflicts in South Asia, it is necessary to give a big push to the process of regional cooperation both within and beyond the agenda of the SAARC. Civil societies can act as catalysts in the initiation of regional cooperation initiatives as they generally have a significant voice in the policy making processes of their respective governments and are also recognised across borders for their academic, research as well as philanthropic activities. Civil societies could, therefore, influence the regional cooperation process by providing a vision, interpreting and explaining that vision to different stakeholders.

In the Asian region, it was the Chinese President Xi Jinping who initiated the move to jointly build the Silk Road Economic Belt and the Maritime Silk Road in 2013. The 'belt' includes countries situated on the original Silk Road through Central Asia, West Asia, the Middle East, and Europe. The initiative calls for the integration of the region into a cohesive economic area through building infrastructure, increasing cultural exchanges, and broadening trade. Apart from this zone, which is largely analogous to the historical Silk Road, another area that is said to be included in the extension of this 'belt' is South Asia and Southeast Asia. Many of the countries that are part of this 'belt' are also members of the China-led Asian Infrastructure Investment Bank (AIIB). The Maritime Silk Road, also known as the "21st Century Maritime Silk Route Economic Belt"  is a complementary initiative aimed at investing and fostering collaboration in Southeast Asia, Oceania, and North Africa through several contiguous seas and oceans - the South China Sea, the South Pacific Ocean, the wider Indian Ocean area and Bay of Bengal in particular.

The China-Pakistan Economic Corridor (CPEC) and the Bangladesh-China-India-Myanmar (BCIM) Economic Corridor are officially classified as "closely related to the Belt and Road Initiative. The Asian Infrastructure Investment Fund (AIIB) was  founded by China in 2014 with the participation of 56 other countries is a development bank dedicated to lending for projects that are part of the initiative. In November 2014, Xi Jinping announced plans to create a $40 billion development fund, also known as Silk Road Fund, which would be distinguished from the banks created for the initiative. Its role will be to invest in businesses rather than lend money for projects. The Karot Hydropower Station in Pakistan is the first investment project of the Silk Road Fund.

The Silk Road was a network of trade routes, formally established during the Han Dynasty. The road originated from Chang'an (now Xian) in the east and ended in the Mediterranean in the west, linking China with the Roman Empire. As China's silk was the major traded product, German geographer Ferdinand von Richthofen coined it as the Silk Road in 1877. It was not just one road but rather a series of major trade routes that helped build trade and cultural ties among China, Myanmar, Bangladesh, India, Pakistan, Iran, Arabia, Greece, Rome and the Mediterranean countries. It reached its height during the Tang Dynasty, but declined in the Yuan dynasty, established by the Mongol Empire, as political powers along the route became more fragmented. The Silk Road ceased to be a shipping route for silk around 1453 with the rise of the Ottoman empire, whose rulers opposed the West.

At the heart of One Belt One Road lies the objective of creating an economic land belt that includes countries on the original Silk Road through South east Asia, Central Asia, West Asia, the Middle East and Europe, as well as a maritime road that links China's port facilities with the African coast, pushing up through the Suez Canal into the Mediterranean.

The One Belt One Road (OBOR) project aims to redirect China's own domestic overcapacity and capital for regional infrastructure development to improve trade and economic relations with the Asean, and Central Asian and European countries. China's top priority is to stimulate the domestic economy via exports from industries with major overcapacity such as steel, cement and aluminum.

Recently, the Economist Intelligence Unit (EIU) has indicated that up to 60 countries may be included in OBOR with stops across three different continents. In addition to political objectives, OBOR brings a strategic focus which encourages Chinese firms to go abroad in search of new markets or investment opportunities. Led from the highest level of the government, the OBOR push is backed by substantial financial fire power, with the government launching a $50 billion Silk Road Fund that will directly support the OBOR mission. While the strategy promises opportunities for domestic companies, the route is unlikely to be an even one. The proposed countries range from Singapore to Syria. The companies involved could be heading into territories that may be strategically important for China's foreign relations, but challenging to navigate. Some worry that China may move for naval expansion and energy security.