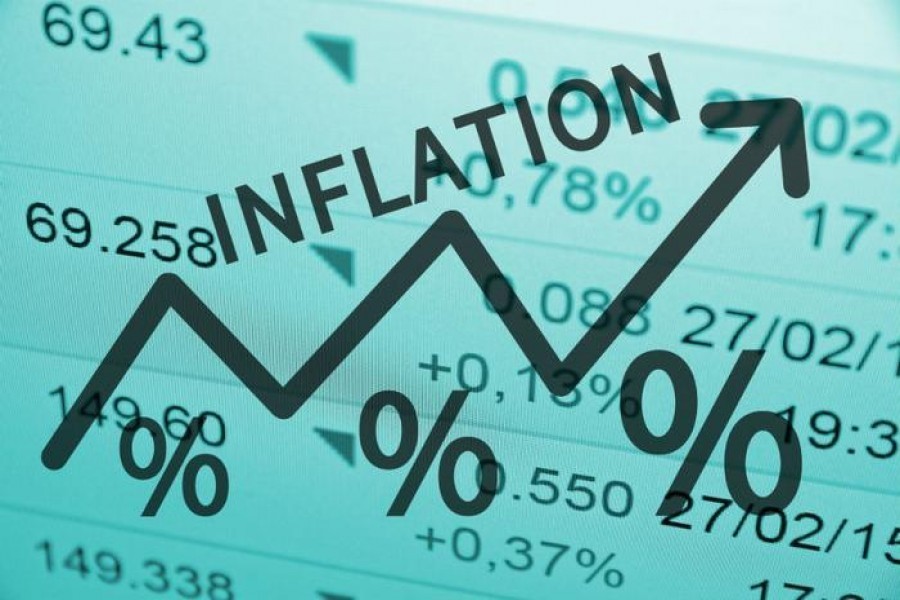 Inflation leaves life-long lessons. What we see/feel/hear merely represents spiraling prices eroding our purchasing power. What we will ultimately get could radically alter even soberly planned policies. Recent inflation history predicts nothing less.

From the 1970s 'Great Inflation' we former colonies learned important lessons from where it really matters the most, the Atlantic zone. As Bangladesh grudgingly absorbs global rules and practices today (particularly those of the International Monetary Fund, IMF), of private economic practices and its twin, democracy, there is no question that in the long-run, to become a functional 'developed country', it must (a) liberalise trade, (b) discipline fiscal policies (loans suppliers look to see if taxes are properly and adequately collected), (c) align monetary policies (keeping the interest-rate within a compatible global range), and (d) reduce the relative size of the public sector vis-à-vis the private.

What were Atlantic-zone country-responses to the 'Great Inflation'? Contestation between party preferences catalysed democracies. Parties leaning left supported labour (against business), those leaning right supported business (against labour), with centrists (the mild, go-with-the-flow type), and extremists (advocating radical change, but stopping short of communism on the extreme left, and fascism on the extreme right), common to both. This predictable Cold War setting evaporated after the Cold War, but left an unpredictable counterpart (neo-liberalism).

Great Britain's and Canada's Conservative Party exemplified the right, as did the Republican in the United States and the Christian Democrats in various continental European countries. On the flip side were Labour/Liberal parties, Democrats, or Social Democrats in those same countries, respectively. Constant electoral battles over these policies corroded the economic order constructed in the 1930s to escape the Depression, but the turbulent 1970s and 1980s serve our learning purposes better. Other countries, like Japan or across Latin America, had their own counterpart parties but engaged in far more diluted contestations of this same tussle, if any. Neo-liberalism, the by-product, fitted a revived democracy better in the 1990s.

Two generations of these approaches built a culture, and each political party's name evoked economic images. For example, a free-trade policy would be more supported by Labour/Liberal/Democrat legislators than Conservative/Republican/Christian Democrats, at least until the 'Great Inflation' diluted this. Crisis punctured the air. In 1971, the gold-standard was abandoned and the United States recorded its first trade deficit since 1888. That that deficit has not been reversed says a lot about the many countries free-riding on the U.S. economy (some by affording token political concessions).

Plummeting U.S. trade deficits had other consequences or met other exigencies. Petroleum  prices quadrupling from 1974, then again in 1978-9, exemplified the latter, but the former also produced tectonic changes: (a) trade balances somersaulted: from contributing 5 per cent to the gross domestic product (GDP) through trade surpluses a century ago, trade deficits account for 5 per cent of the GDP in a far larger economy today; (b) these deficits ballooned from under 3 billion USD in 1971, to 650 billion today; and (c) fiscal deficits shifted from the margins in the 1970s (in spite of pro-labor deficit spending domestically), into the trillion dollar domain (Barack Obama  netted the first to fight off the 2009-11 Great Recession), then in 2020, 3.1 trillion was recorded (Donald Trump chopping taxes, then combating combat corona virus-19).

U.S. inflation-rates doubled, from about 6 per cent to 12 per cent  due to the 1974 oil price-hikes. Wages slid, the economy stagnated. More than Democrat deficit-spending to support labor, Republican war expenditures (in Vietnam), and war elsewhere (the 1973 Arab-Israel Yom Kippur, and Iran-Iraq during the 1980s), punctured the setting more. Many sinking countries bailed out from 1947 (the Marshall Plan; similar plan for Japan; and the Alliance for Peace from 1961 to Latin America), ended up as U.S. competitors by the 1970s.

War ripples far beyond the battle-fields. The Ukrainian war may have its own historical reasons, but it best exposes the rapacious vulture instincts inflation encourages: oil prices, for example, did not have to rise with a European gas shortage; but the cascading effects of any raise puts inflation on everyone's plate.

Today's predicament is stagnation and inflation, that is, stagflation. The world's first case was in the Atlantic area. Unchecked U.S. unemployment meant (a) its competitive capability was slipping (for countries it had itself resurrected: Germany, Japan, and others hiding behind protective walls, like South Korea); and (b) domestic political agitation mirrored itself in sour external developments (the Soviet Union overtaking the U.S. nuclear stockpile; the Strategic Arms Limitations Talks in 1972 not stopping the Soviet Union invasion of Afghanistan in 1979).

Behind Jimmy Carter's human rights promotion (1976-80), the Soviet Union only expanded and strengthened its military. Yet when Republican President Ronald Reagan's hawkish approach turned to the Strategic Defence Initiative (SDI, or Star Wars), Mikhail Gorbachev blinked, and from 1985 a bankrupted Soviet Union sued for peace (the Cold War end pushed the isolated and neglected Europeans to forge their own currency, the Euro from 1993, and shift from the European Community to a deeper integration through the European Union).

After 20-odd years of success, the hallowed Latin import-substitution industrialisation (ISI) development strategy also failed (independently) from the 1970s. Neo-liberalism pounced upon its first major client: only IMF and U.S. borrowings (which became the Washington Consensus, from 1989) bailed Latin countries out of the lost decade (1980s), and became the same U.S. triumph on the economic front as winning the Cold War was on the political.

Japan's 1989 recession, from which it has not fully recovered, indicates another case of the neo-liberal invasion. It took just one figurative U.S. cough (of doubling interest rates in the mid-1970s), for the 'flu' to became a pandemic.

What lessons can Bangladesh draw? From very healthy foreign-exchange reserves at the start of 2022, Bangladesh does not have funds to cover more than 3 or 4 months of deficits or attract foreign investors. Key suppliers have been throttled: remittances may have peaked, given the social distancing of the COVID pandemic and unfolding inflation; and RMG exports (accounting for over 80 per cent of exports), will easily suffer from inflation-driven spending cut-backs.

Other possible exports face a similar predicament, while the historically high borrowings from the public sector to construct megaprojects and keep COVID-19 at bay add to the growing liability list. We are only doing what the West did: prioritise the consumption market, in our case over our long-cherished savings infatuation: exponentially growing luxury imports testify to that. Previously savings underpinned the economy, with double-digit interest rates, particularly in post offices. But how those rates have been halved opens the window to uncertainties of sorts.

Bangladesh cannot but liberalise and diversify fully and expeditiously: slow liberalisation breeds import-substitution and institutionalises inflation; and the broader our export-income list, the stronger our defences against inflation. To 'graduate' into a 'developed country' compels us to swallow the same bitter pill but within a very different context: software today supplies the fleeting terrain where institutionalizing behaviors would be too costly to undertake. We just have to push this as an export sector deeper, wider, and innovatively constantly.