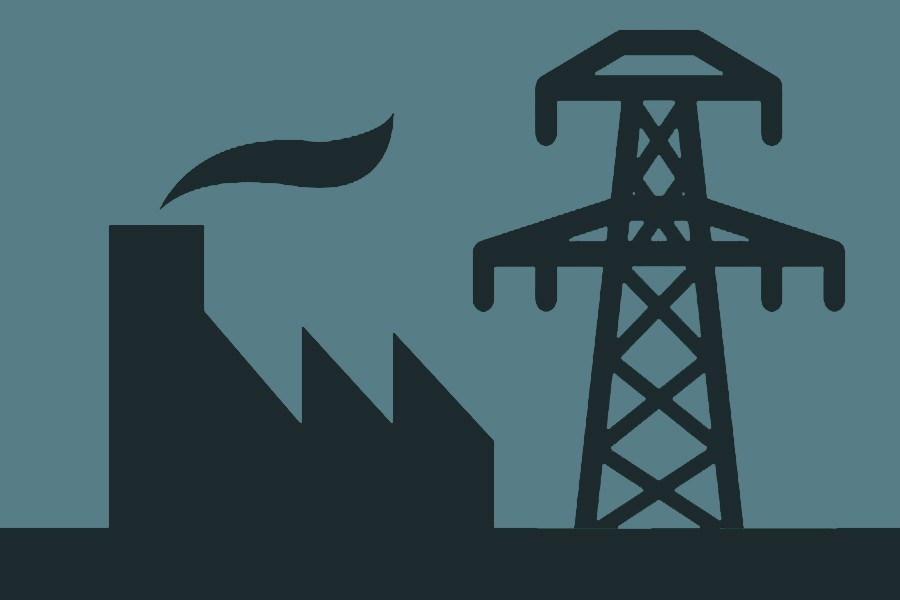 Bangladesh is currently experiencing a major energy crisis, which has led to increased load shedding, a shortage of gas, and other primary energies for industry and business. Load shedding has become more severe and frequent, lasting several hours each time. This has adversely affected people's lives, industry, business and economy. On the one hand, people have been suffering greatly in their daily lives, with significant constraints on their economic activities and productivity, as well as their income and livelihoods. On the other hand, industry and business sectors have been facing multiple challenges such as increased costs of production, under utilisation of capacity, low production, decreased competiveness in regional and global markets and even incurred losses. This has severely affected production and business activities, particularly in energy-intensive industries such as textiles, leathers, RMG, ceramic, metal, and steel. The situation has become so desperate that now different industries are asking government to ensure supply of gas and electricity even in a higher price. Obviously, shortage of energy and load shedding has many implications to the economy and society. It is crucial to understand the economic and social costs of the energy crisis as well as its short and long-term consequences.

Energy is a strategic and essential good for any economic activity. With the increased frequency of load shedding since July 2022, Bangladesh manufacturing and business sectors have been facing huge challenges. Various activities in manufacturing operations are energy intensive, and depend heavily on the power supply. The shortfall in energy has enormously affected the industrial sector in Bangladesh. Load shedding affect manufacturing operations and production as well as increases operational costs and thus reduces competitiveness in regional and global market.  Load shedding has significant economic and societal costs, both direct and indirect. The direct economic costs arise from the disruption of production, increased cost of production, spoilage of goods, and increased cost of adjustment in the system. Moreover, industries and business have to incur significant additional costs in the form of costly backup energy, which is much expensive than the grid supplied energy. Increased operational costs of production arises due to expensive backup energy provisions, such as private diesel-fired generation in the industrial sector and small battery storage devices in the residential sector.

The indirect cost of energy shortages and load shedding arises from industries'  loss of opportunity as well as decline in the level of economic activity in different  sectors of the national economy like wholesale and retail trade, transportation  and communications, banking and insurance as well as the loss of investment and entrepreneurship. This has huge implication on economic growth, employment generation and poverty alleviation as load shedding and energy crisis not only hinder the smooth operation of production but also affects jobs, employment, and even economic growth. Moreover, load shedding has a negative impact on the country's investment climate, undermines confidence, and reduces both domestic and foreign investment. Although estimating the indirect costs of load shedding and energy shortages is difficult, it is reasonable to assume that the total economic cost of energy shortage in Bangladesh's industry and business sectors would be very high and even limiting economic growth, creating job losses and causing social unrest.

The costs of energy shortages and load shedding are especially large for small and medium industries and enterprises that cannot afford expensive back-up systems. While large industries and manufacturers have their own generators, the majority of small and micro industries do not have enough capital to purchase backup generators.  Due to their low revenue, investing in alternative energy sources is a difficult challenge for many small industries and business firms. As a result, their operations are halted when load shedding takes place, which increases downtime, lowers productivity, and occasionally damages equipment and even degrades the product quality. According to the Tannery Industrial Estate in Savar, "one-time load shedding damages 1,000 to 2,000 pieces or 40,000-45,000 square feet of leather at the dyeing or colouring stage."

The various chambers of commerce and industry, as well as other industrial associations across the nation, have reported that the level of production in a number of industries has decreased because of the ongoing outages. The problem is more serious in energy-intensive sectors like textiles, leathers, metal and steel industries. For instance, one of the biggest exporters of clothing in Bangladesh, Team Group, has been forced to deal with three hours of load shedding every working day, which has messed up the company's production schedule and cost them an extra Tk 2 crores in operational expenses. According to the Bangladesh Textile Mills Association (BTMA), the gas crisis has forced textile mills to cut production since March 2022, and the situation has deteriorated to the point where the mills can no longer operate at more than 35-40 per cent of their capacity. To minimise the cost, BTMA is now   willing to bear the extra cost for reliable supply of gas and electricity. BTMA also promises that if the government provides them with gas worth $1.2 billion, they will be able to export products worth $48 billion.

Considering the magnitude of the economic and social costs associated with energy shortages and their concomitant impact on industrial production, exports, unemployment, and poverty alleviation, it is critical for the government to ensure uninterrupted and smooth supply of energy to the industrial sector. Government must take decisive actions to bring about change before we run out too much of time and eliminate the expensive rental power plants as early as possible. Much of the current crisis is rooted with the policy failures and institutional inefficiencies including limited exploration of indigenous primary energy sources, high dependency on imports of primary energy, continuation of expensive quick rental schemes. Corrective measures must be taken to improve institutional efficiency, reduce corruption, and promote competition in the energy sector, as well as remove special provisions of purchasing power and reduce losses. The government should explore alternative energy import sources, such as refined oil and even liquefied natural gas (LNG) from Russia or other countries. Efforts need to be intensified further to import electricity from Nepal and Bhutan through India, as Nepal is keen to export electricity to Bangladesh. Multifaceted energy diplomacy may be able to assist the country in navigating this critical period. Supplying energy even at a higher price but lower than self-generation cost would be advantageous for industries that are highly susceptible to energy shortages and load shedding. It is imperative for the government to develop a robust strategy and master plans for integrated development of primary energy, power generation, transmission, and distribution systems as well as diversification of energy sources.