Do we have over capacity for power generation ? 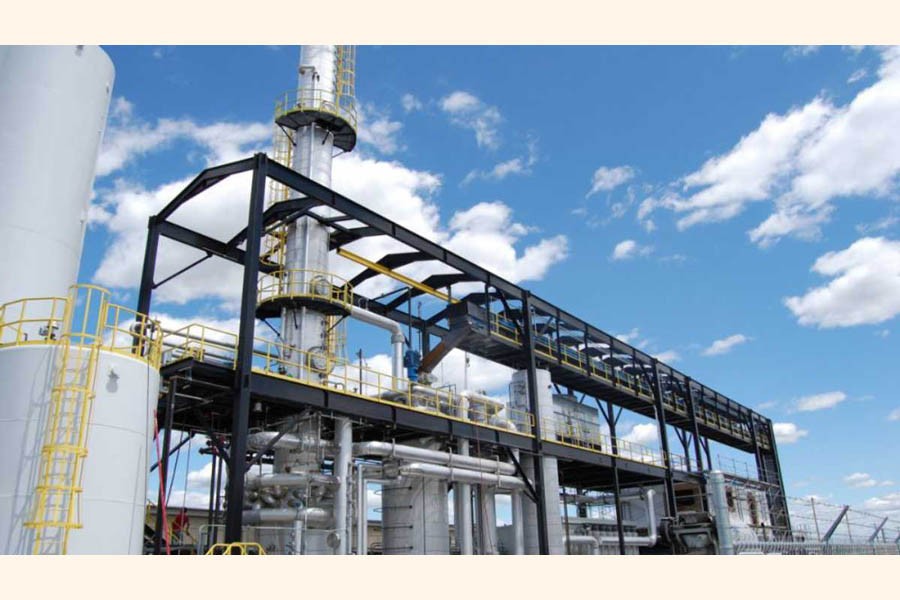 Bangladesh has been steadily increasing its power generation capacity since 2009. Government reports suggest that almost 95-96 per cent population have access to electricity now. The government has encouraged setting up power plants and provided necessary supports for installation of rental and quick rental liquid petroleum based (furnace oil and diesel)  power plants to generate electricity and to meet the gaps between the existing demands for power and its supply. Various incentives were offered for encouraging the quick and emergency power generation capacity development.

However, the crisis period was over and government actions received appreciations for overcoming power shortages. The power generation capacity development continued for grid supply. At the same time, industries continued enhancing their captive power generation capacity as grid power supply quality was not reliable, mainly because of inadequate transmission and distribution networks. Now the government has been trying to address the transmission and distribution network improvements. In the meantime, installed generation capacity for power in the country has surpassed the demands significantly. During the Fiscal year 2018-2019 there were approximately 43 per cent idle power generation capacity in the country. The Centre for Policy Dialogue (CPD) researchers consider that during the fiscal years 2018, 2019 and 2020, power sector  had installed over capacity of 9,437 MW, 8,806 MW and 10,216 MW respectively. A good number of leading economists in the country proposed to reduce capacity payment burdens by not renewing the contracts for a further period for the rental power plants. Also there are suggestions for reducing primary fuel prices which may help to reduce power plant subsidy and avoiding power tariff adjustment at a regular interval.

Now, the government has been facing questions regarding over capacity of power in the country as the installed power generation capacity in the public and private sectors including captive power plants has reached nearly 23,500 MW. But the daily demands during the summer peak nearly touches 12,000 MW of power. The government has been implementing power projects with a target for building 60,000 MW power generation capacity within 2041.

The unutilised power generation capacity systematically demands for capacity payments from the government. The Bangladesh Power Development Board (BPDB) has been  facing  increasing fiscal pressures for payments of capacity charges for the raising unused and under-used power generation capacity. As per published reports, The power sector capacity charges has been increasing significantly since the FY 10 from approximately Taka 1,790 crore (17.90 billion) to Taka 8,029 crore (80.29 billion) in the FY 2019. Before the Corona Virus pandemic hit the country,  State Minister for Power, Energy and Mineral Resources Mr. Nasrul Hamid stated in the national parliament that the government provided Taka 52,260 crore (522.60 billion) subsidy to power sector in the last 10 years. He also informed that the average cost of per unit electricity generation costs for both public and private sectors was Taka 13-14   ( based on furnace oil), Taka 25-30 (based on diesel)  and Taka 2.5-3.0  (based on natural gas). On the contrary, BPDB made supply of electricity at the bulk level on an average average at a cost of Taka 5.82. During the last fiscal year government subsidy for power sector was almost Taka 9,000 crore (900.0 billion) reported by a CPD presentation report on  June24, 2020 in Dhaka.

In the backdrop of COVID-19 crisis, the government's revenue collection is projected to be low; hence, power sector subsidy will become a further burden for the government. But the government policy makers have been relying on the high industrial growth projections in the country and therefore expect that demand for electricity will continue to grow. Some of the sector experts are of the view that the high power demand growth projections in the Power System Master Plan 2016 does not correspond to the country's industrial and commercial growth and it has to be revisited now. Experts further suggest that the power sector needs to have long term and pragmatic short term growth projections with a logical primary fuel mix development strategy.

The State Minister for Power, Energy and Mineral Resources Mr. Nasrul Hamid suggested that the basis for high electricity demand projection was the Power System Master Plan 2016 prepared by the JICA assistance project.  He considers that there is no over capacity (of installed power generation) rather the COVID 19 crisis has helped the ministry to avoid trouble in meeting electricity demand. In the aforementioned CPD organised dialogue on  June 24, 2020, the State Minister for Power and Energy explained that the present installed generation capacity is 23,500 MW. Within the installed capacity, approximately 4,000 MW was captive power plants installed by the industries for their own requirements. The grid based generation includes 10 per cent de-rated capacity, and about 1500 MW installed capacity had been waiting for retirement in the near future and they were put on standby mode. So, the real installed generation capacity remained 16,000 MW and the daily demand for electricity was nearly 12,000 MW. Therefore, real excess generation capacity is limited within 19 per cent (reserve margin). Sector experts consider that approximately 25 per cent reserve margin for installed power generation capacity is not uncommon in the developing countries. As per the minister, India and the USA has 100 per cent margins for the power generation capacity. Some sector experts hold that power demands will not grow within next couple of years because of the looming recession due to the Corona virus pandemic. They further argue that a number of power plant projects under construction may 'go slow' and the resources for them can be diverted to more pressing sectors.

The minister informed the audience that the government wanted to get rid of the present 35 per cent liquid fuel based generation capacity.  He suggested that within next 3 years, approximately 2,000 MW installed power generation capacity would retire from the existing capacity of the country. But the timely retirement of these liquid fuel based plants are linked with the successful commissioning and operation of  the under construction big power plants including 1,200 MW Matarbari, 1,320 MW Payra, 1,320 MW Rampal coal fired power plants and 2,400 MW Rooppur Nuclear Power Plant for meeting the base load power of the country.

The Finance Minister proposed allocation of Taka 26,758 crore (267,580 million) for the fiscal year 2020-21 for the power, energy and mineral resources sector. Among the allocated resources subsidy payments of Taka 9,500 crore (95.0 billion) for power sector and Taka 9,000 crore (90.0 billion) for energy sector remained unchanged in the proposed budget.

Mushfiqur Rahman is a mining engineer and writes on energy and environment issues.

Eid, Nobo-borsho and other festivals