Developing countries need a seat at the table 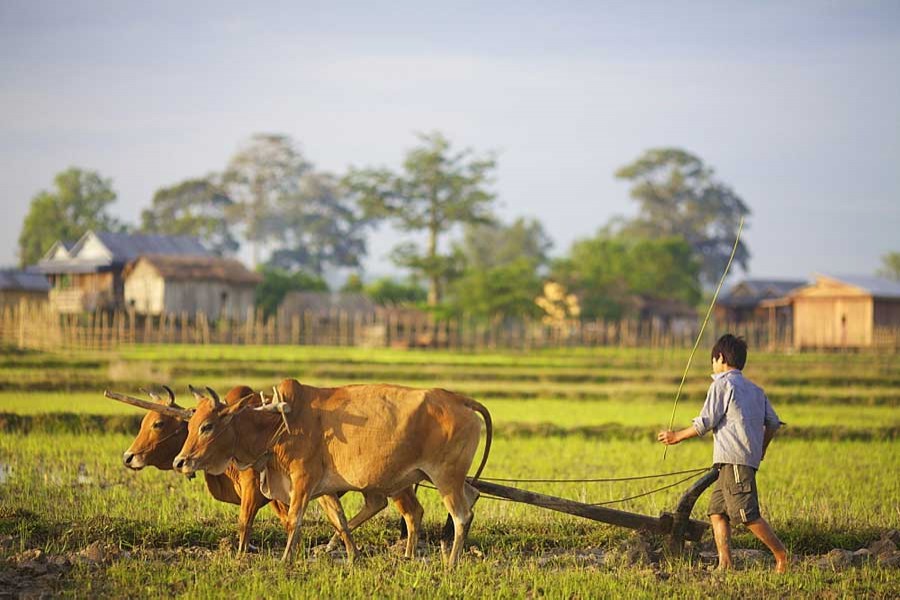 Christine Lagarde, the departing Managing Director of the International Monetary Fund (IMF), has recently argued that developing 'countries need a seat at the table' to design rules governing international corporate tax. This is a belated acknowledgement in the light of recent findings of the IMF that developing countries lose approximately US$200 billion in revenue per year, amounting to about 1.3 per cent of their gross domestic product (GDP) due to companies shifting profits to low-tax locations. Oxfam estimated in 2018 that extreme poverty could have been eradicated for US$107 billion a year.

This comes on top of the adverse impacts of beggar-thy-neighbour tax competition, encouraged by policy advice from international financial institutions, such as the IMF and the World Bank, purportedly to entice multinational corporations (MNCs). This has seen declines of corporate tax rates in developing countries by about 20 per cent since 1980; but their impacts on 'green-field' or new foreign direct investment outside the resource sector have been uncertain. Thus, in most cases, there have been net revenue losses since developing countries depend more on corporate taxation.

It has been estimated that low- and middle-income countries lose US$167-200 billion annually due to competitive corporate tax cuts shrinking their tax base. This amounts to around 1-1.5 per cent of a country's GDP. As a proportion of GDP, Sub?Saharan African countries suffer the highest revenue losses, followed by Latin America and the Caribbean, and South Asia.

DEVELOPING COUNTRY CONCERNS IGNORED: Developing countries have been raising the issue of their tax losses due to MNCs' profit shifting and tax evasion for a long time. However, their concerns fell on deaf ears. As international corporate tax rules are designed by developed countries, they generally favour these countries, especially with regard to the allocation of profits between 'residence' countries - mainly developed countries - and 'source' (mainly developing countries) where MNCs operate and earn profits.

At the Third UN Financing for Development Conference in Addis Ababa in mid-2015, developing countries tried to 'upgrade' the UN Tax Committee into an inter-governmental body, or at least to strengthen its clout, but they failed to overcome opposition from member countries of the Organisation for Economic Cooperation and Development (OECD).

BEPS AND ITS EXTENSIONS: Developed countries, too, lose revenues as MNCs game the rules of the global economy to minimise their tax liability - or even eliminate it altogether. This has become more acute in the case of tech giants, such as Google, Apple, Amazon or Facebook. Digitalisation makes it very hard to establish where production takes place. Therefore, these digital tech MNCs' revenues typically bear no relation to their reported profits and resulting tax bills.

Developed countries are now forced to address the issue, especially due to their own fiscal predicament following the 2008-2009 global financial crisis. The OECD, mandated by the G20, introduced the Base Erosion and Profit Shifting (BEPS) project in 2013 to provide countries with the necessary tools to tackle, inter alia, transfer pricing issues, harmful tax regimes and treaty abuse.

The content of the BEPS actions was decided and approved by a group of 44 countries that included OECD, OECD-accession countries and G20 members on equal footing. Out of the 15 BEPS policy proposals, 7 (seven) were decided at the Brisbane G20 forum. Although the UN established a subcommittee to monitor and facilitate input in the BEPS process from developing countries, the UN Committee of Tax Experts played only a marginal role in the BEPS project. Therefore, BEPS lacked legitimacy from the point of view of developing countries.

DEVELOPING COUNTRIES STILL NOT AT THE TABLE: But the Inclusive Framework has not changed the agenda and content of the various actions as decided by the BEPS Group of 44 OECD, OECD-accession and G20 countries. Developing countries are invited to participate as BEPS Associates on 'equal footing', but they do not have any decision-making role. The so-called equal footing applies only to the implementation of the BEPS 4 Minimum Standards adopted by the BEPS Group of 44.

Developing countries' specific tax-related issues, such as allocation of taxing rights between source and residence countries, taxation of informal economy and their differential needs remain unresolved, even though these were raised during the IF consultations. MLI largely addresses concerns of OECD countries and is unlikely to protect the taxing rights of developing source countries.

Therefore, BEPS and its extensions suffer from shortcomings which some observers describe as 'input legitimacy deficits'.

NOT HELPFUL: The BEPS outcomes are biased towards the OECD's international model tax treaties, and as such reflect developed countries' preferred international tax norms. The agenda of the technical assistance programmes, such as Tax Inspector without Borders (TIWB) by the OECD in collaboration with the UNDP and the Platform for Collaboration on Tax, jointly by the IMF, WB, UNDP and the OECD is largely to help developing countries achieve the BEPS standards set by OECD countries.

The implementation of BEPS Minimum Standards creates several disadvantages for developing countries, described as 'output legitimacy deficits' as elaborated below.

* No level playing field: Developed countries' unilateral actions indicate the lack of consensus among them about the universality of BEPS project's proposed actions. Australia and the UK decided to introduce their own (domestic) rules to deal with shifting of profits by multinationals and the US Congress declared that regardless of the BEPS, it would craft tax rules that it believes best for the US companies. Stronger parties can also opt out of MLI articles that are pertinent to developing countries. Thus, it is unfair to ask developing countries to implement BEPS in a one-size-fits-all fashion.

* Distorts priorities: This will also divert scare resources from improving tax administration and reforming taxation for tackling tax evasion by individuals. The one-size-fits-all approach does not work when developing countries have different and varied needs.

* Shrinks policy space: Policy discretion in developing countries will also be constrained by BEPS. The minimum tax rule, proposed in the OECD's public consultation document released in February 2019, is likely to limit the sovereignty of countries in setting their own rules, especially for special economic zones. Developing countries risk being black-listed by the European Union if they fail to implement BEPS minimum standards.

* Revenue loss: Even though tax incentives are not the only motive to invest in a country, developing countries deciding to offer a tax holiday or reduced tax rate below the minimum tax rate may even end up losing revenue. Investors will be required to pay the difference between the tax rate given by the incentive in the developing country and the minimum tax rate in the country of residence, most likely a developed country.

IMF AND UN ROLE: The world clearly needs to fundamentally rethink international taxation. Countries must work together as making progress requires multilateral coordination in an inclusive, equitable and progressive direction. When it comes to international tax cooperation, developing countries are entitled to sit at the main table.

The Platform for Collaboration on Tax (PCT), a joint effort by the IMF, World Bank, OECD and UN, has been a recent initiative for inclusion. However, the PCT is not a political body; political decision-making guiding the work of PCT is supposed to occur elsewhere. The technocratic secretariats of the PCT may embark on actual policies, not in line with the existing agreements and goals of the United Nations. This highlights the need for the recognition of the UN Tax Committee as the principal decision-making body for the PCT.

Developing countries must know what is at stake and make themselves heard, to ensure that any new proposal benefits all. The interests of developing countries will only get fair and appropriate attention if they participate as equals.