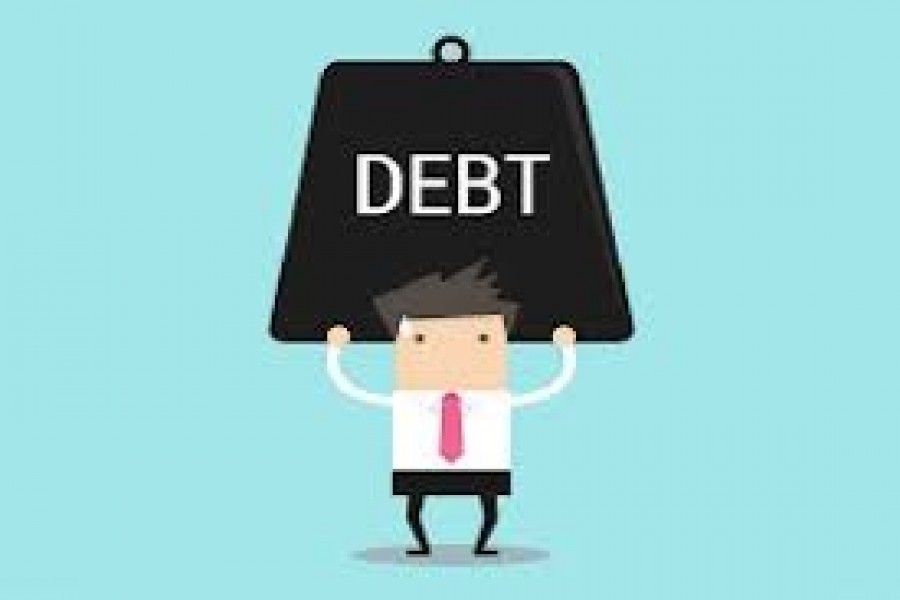 With the public swimming in the presidential pool and picnicking on the palace lawns, Sri Lankans feel a pain brewing elsewhere. Albania, Argentina, Ecuador, Gambia, Kenya, Panama, Pakistan, Rwanda, Spain, Sudan, and Uzbekistan are among the more than 100 countries to have witnessed significant protests. The number of anti-governmental eruptions doubled that figure, as the United Nations Development Programme (UNDP) predicted 71 million people will be 'pushed into poverty'. Unless defused forthrightly, Bangladesh's external debt of about US$90 billion in 2020-21 could also deepen discontent. It registered a far sharper annual climb (of about 25 per cent) than in the year before (16.8 per cent in 2019-20). Our debt-GDP (gross domestic production) ratio resultantly worsened to 21.8 per cent from 17.9 per cent. Though far below Sri Lanka's 110 per cent debt-GDP ratio, our conspicuous consumption at a cost-cutting time could also do us in.

Petroleum and oil, textiles, and food together account for one-third of all recent import costs. They are necessary items. So, too, are other inputs, like iron and steel, edible oil, chemicals, as well as yarn, plastic, and rubber articles (constituting another 20 per cent of our imports). Luxury and non-essential items dominate the remainder of the import slate, prompting the government to start clamping down upon them from Spring 2022. Timing matters. Just as the trade deficit is headed towards an unprecedented US$35 billion this year, and remittances fell 15 per cent to just over US$21b, banks were instructed to raise the minimum payment for letters of credit (L/Cs) from 25 per cent to 75 per cent because of the high luxurious import components. Secular factors compounded these endogenous dynamics: (a) the increasing costs of the pandemic (lockdowns, meaning partial or full production closures; and a shaken global supply network), (b) the Ukranian war after-effects (pushing crude oil prices to US$139 per barrel when the war broke out from the US$64 in 2019 and US$39 in 2020, while gas prices instantly doubled, from US$3.1 per gallon in 2020 to almost 7 now); and (c) food prices climbed an average 65 per cent since the pandemic broke out, but it actually doubled the 2008-10 Great Recession food prices.

While Bangladesh can easily become self-sufficient in food (some items, like onions, need to be imported; other items like even rice can sometimes be exported), it will have to hold the line on prices to avoid angering the public. Enormous floods are otherwise disrupting public lives: crops have been washed away, roads and railways submerged, and inundated homes and factories, particularly upstream beckon similar downstream consequences. Bangladesh will clearly have to overhaul its fuel supply: the lower the imported proportion, the safer its credibility. Yet, it is with luxury goods that it may have to take even more draconian measures.

Independently Bangladesh hopes to 'graduate' to a developing country within five years. How urgently it shifts to diversifying its RMG (ready-made garments) export monopoly from single-handedly fetching merchandise cash could be a bellwether. Earning over an annual US$35 billion from RMG exports this past fiscal year, the country's plan to hit US$50 billion by 2025 remains an achievable priority, but accelerating export diversification further cannot but be game-changing. 'Graduation' demands we shift more rapidly to assembly-line autos, bikes, and ships farther, pay greater inducement to ICT (information and communications technology) exports, and devise new and promising export items every year just to show the resilience needed to sustain 'developing country' credentials. There can be no shift to a 'developed country' track by the 2040s unless these fall into place. That would be our silver-lining in conquering today's three threats: pandemic costs, inflation, and emergent heat-driven constraints.

Three possible explanations shed light. First, the absence of a diversified trade list: just as debt-GDP ratios spike in its absence, its presence automatically serves as some sort of an offsetting trigger. Integrating sectors could be an idea whose time may have come with a bang.

Second, inflation hurts, in particular if it slides in through a single vital import (or a few): fragility is exposed, which dampens confidence, intensifies economic patronisation and monopolistic gaps, and widens income gaps. Stubborn inflation tightens and hardens policy responses, further aggravating the climate, breeding deeper and longer recessions (like in the 17th Century, and the Great Recession of 2008-10). This is where 'thinking outside the box' can work wonders: it promotes innovation, and thereby one step towards diversifying the economy.

The third is the need for more policy-making flexibility. This must not only be ours, but also exported: it takes two to tango. Closed or ignored, trade possibilities invite economic collapse (like the Soviet Union during the Cold War, Latin America under a policy-approach of import-substitution industrialisation; isolation, as in Myanmar or North Korea). Domestic shortfalls can be partly compensated by trade; and therefore the more trading partners (hint to policy-makers: sign more free-trade agreements for Bangladesh, immediately), the greater the chances of diversifying both exports and domestic production. Even more: the partner country also begins to loosen farther, and in an ideal virtuous cycle, the ripple-effects could pluck the world out of recession. These high-end thoughts when policy-flexibility is low at least introduce a Midas touch for anyone keen to take a plunge.

Though the pandemic-triggered anti-government protests constitute only a small proportion of the 100 (only about a quarter), according to the Carnegie Endowment for International Peace, we must keep in mind more than three-quarters were in authoritarian countries. Should pricing or market-tension spread to democratic countries, bedlam would let loose. We stand close to that point now.

That is relief for Bangladesh. It does not have an authoritarian government, but increasing inflation and no cloth-cutting could sour the setting. Controlling luxury goods is not enough: macro-level policies must also absorb any public outcry.

Where the money is owed (or goes) might also matter: is it China, or the western founders of the Bretton Woods edifice? Ironically, during the deepest modern global depression (the 1930s), Europeans witnessed their world leadership transit to the United States. 'History knocking twice' might be too far-fetched to presently describe China contending world leadership, just as the United States did then. Nonetheless, no future stability would be possible without China. However this might be one of the biggest current challenges, but restoring global economic stability necessitates access to and positive participation of the world's second largest economy. Ironing the three threats out must be the Rubicon the world must cross to stabilise China-based relations. Bangladesh could show the way.

Samsung’s de facto leader will be a tad emboldened

How can Japan strengthen cooperation in the Bay of Bengal under BIG-B?

Global economy at a crossroads