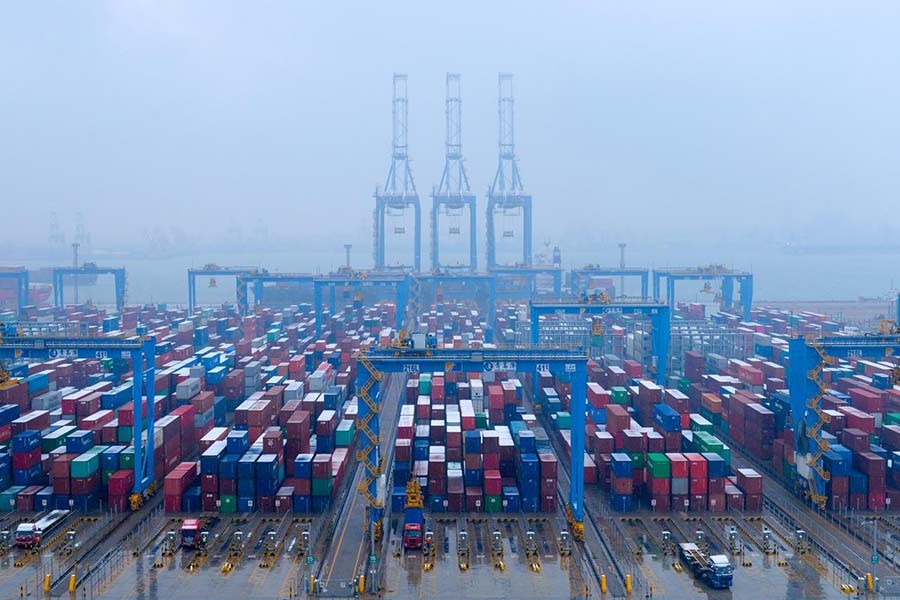 A conjuncture of developments, short- and medium-term, have conspired to further slow the world economy. In recent months, the International Monetary Fund (IMF), among others, has acknowledged that global economic prospects are worsening, forcing it to make not one, but at least five consecutive growth forecast revisions, all downward.

PREVENTION BETTER THAN CURE: With most developing economies more open and unequal than ever before, due to past government policies supporting a decade of economic liberalisation, globalisation and strengthened property rights, near term economic prospects are bleaker than ever.

In such circumstances, it would be prudent, even necessary, and certainly not profligate, to turn to counter-cyclical, expansionary fiscal policy. To do otherwise would be like rearranging the deck-chairs on the Titanic as it was about to crash into the iceberg.

Conservative or 'neoliberal' lobbyists, including those who have 'infiltrated' most government administrations, and their favourite 'consultants' are still chanting old mantras while their own gurus, e.g., in the Economist and Wall Street Journal, have become more pragmatic by necessity.

While some gurus have revised their old dogmas to accommodate reactionary ethno-populist challenges, their typically blindly loyal followers in emerging market economies continue to insist on tired, if not thoroughly discredited old slogans, such as the analytically bogus 'fiscal consolidation', in the face of the looming slowdown.

SENSIBLE SPENDING: All over the world, more realistic and pragmatic economists, forced to deal with real world problems, now publicly recognise that fiscal positions can be improved in the medium-term with appropriate short-term deficit spending.

Such fiscal spending should not only seek to buffer the economic downturn in the short-term, but also lay the foundations for medium-term economic development, which most developing countries have desperately needed, especially since the 2008-2009 Great Recession.

Instead of simply creating yet more public sector jobs, or building infrastructure 'white elephants' which would burden future generations for a long time to come, developing country governments should make fiscal commitments to improve human resources and yield sustainable development dividends in the medium and long-term.

Appropriate investments to improve health, nutrition, education, training and needed infrastructure will pay significant development dividends in the medium and long-term. Meanwhile, universal health care should be financed by tax and other revenue as insurance options are more costly and encourage 'perverse' behaviours.

Of course, what governments can do is constrained by fiscal circumstances, but these should not be exaggerated or seen as immutable. All governments face choices in terms of what they choose to spend on, and most parameters can be changed over the medium-term, if not immediately.

MEANS CONSTRAIN ENDS: A relatively upper middle-income country should boldly consider previously unthinkable options, some of which may still be beyond the means of other developing countries. In this connection, well-coordinated 'all of government' efforts can yield huge dividends.

For example, transformative, Japanese-style universal school lunch programmes were first introduced early in the last century when the island nation still had little in terms of foreign exchange earnings. The programme has successfully enhanced nutrition and health, but also the appreciation for science and civilisation of all engaged. School food procurement has also been used to promote safer and healthier food production.

Similarly, the development of generic medicines, especially for neglected tropical diseases, will be important for many, if not most developing countries, while biofortified healthy food has tremendous potential for overcoming hunger, micronutrient deficiencies and diet-related non-communicable diseases.

PREVENT ABUSE FROM THE OUTSET: The urgently needed turn to counter-cyclical public spending must be mindful of the waste and abuse of the past hiding behind noble-sounding rhetoric. Abuse of or even poorly conceived government spending will not only discredit public policies generally, but also set back these economies, their prospects and people further back.

Simply buying over existing privately held assets will not enhance economic capacities, capabilities and output. Similarly, pouring good money after bad money, including the corrupt or fraudulent investments of previous governments will not improve them.

As multilateral institutions and arrangements are increasingly being deliberately undermined, developing country governments have little choice but to fend for themselves and their people, while avoiding the temptations of jingoist nationalism, especially 'beggar thy neighbour' and selfish ecologically destructive policies.

How much is needed for the cash transfer programme?

Who should be given direct livelihood support?