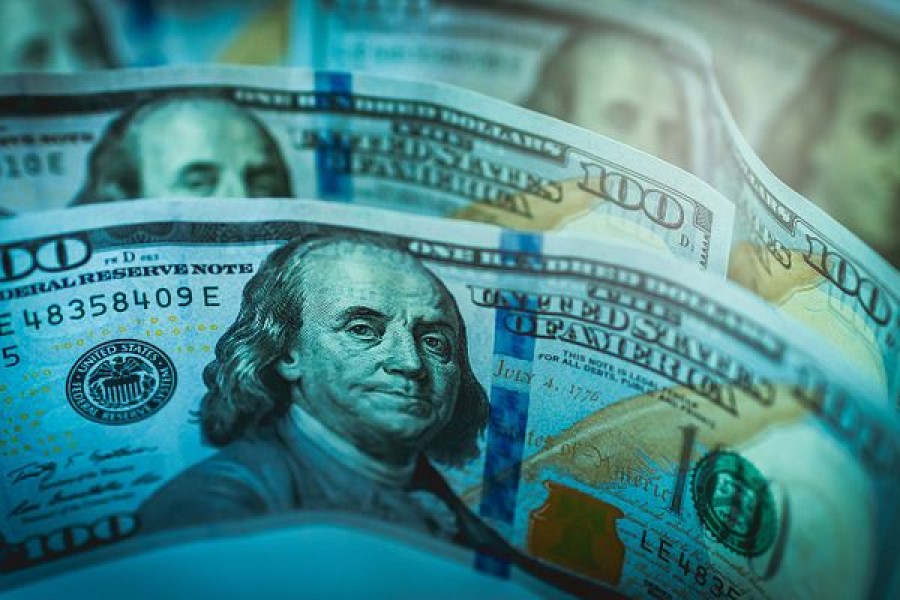 Even in normal times, there has been a growing recognition of the threat that illicit financial flows (IFFs) pose to the integrity and stability of the global financial system. But now, with the onslaught of the Covid-19 crisis, concerns are growing that the scale and scope of IFFs could be increasing as authorities are distracted and overwhelmed by the unprecedented economic fallout. Such concerns are especially acute in developing countries, many of which are already characterised by poor governance, weak regulatory oversight and corruption.

The main types of IFFs include trade misinvoicing, tax evasion and the criminal smuggling of cash, illicit goods and human trafficking across borders. The most recent annual report from Global Financial Integrity (GFI) on the problem of trade misinvoicing - the illicit movement of money across borders by hiding it within the regular commercial trading system - found discrepancies of hundreds of millions of dollars between what nations were officially reporting about the value of their imports and exports with each other over the last ten years. This finding strongly indicates massive levels of IFFs are going undetected through the global trading system.

While trade misinvoicing and other types of IFFs occur throughout the world, GFI is particularly concerned with their impacts for developing countries, where they reflects a huge loss in trade taxes for governments who desperately need to be investing more in public health, public education and economic development. Now though, things are projected to get even worse for developing countries.

FACTORS DRIVING IFFS: Even in normal times, the key "push factors" driving trade misinvoicing and other types of IFFs is the imperative to move wealth from weak to hard currencies in advanced economies (US dollars, British pounds, EU euros, Japanese yen, etc.). This is because weak currencies are generally subject to higher degrees of volatility on global exchange markets and higher rates of inflation, both of which tend to erode their value over time, whereas hard currencies tend to store the value of wealth more effectively over time. Additionally, control over assets, wealth and property rights in developing countries are relatively more vulnerable to politically motivated confiscations and political upheavals as compared to the greater degrees of security and stability in advanced economies. GFI also believes tax evasion is another major impetus driving companies and wealthy individuals to engage in trade misinvoicing as a way to illicitly move value out of developing countries.

On the other hand, in terms of "pull factors," the greater ability of rich countries and "secrecy jurisdictions," such as tax havens and offshore centres, to store wealth, secure assets and hide illicit finances, drives many to move their wealth out of developing countries.

IT'S GOING TO GET WORSE: Now, in the wake of the economic fallout from the Covid-19 crisis, all of these dynamics are intensifying, driving up the imperative to illicitly move wealth out of developing countries as they are set to crash hard. The global economic slowdown is hitting developing countries across Africa, Asia and Latin America especially hard. Oil exporters have also been hit as global market prices and export revenues have collapsed, and countries dependent upon tourism have similarly seen their incomes suddenly fall. Additionally, for the developing countries that have become increasingly reliant on the remittances of their foreign workers, the World Bank has projected that global remittance flows to low and middle income countries will fall by more than US$100 billion this year as a result of the Covid-19 crisis.

Indications are that developing countries will experience serious economic crisis as their exports dry up, foreign investment capital flees and as their companies and governments are unable to raise new funds in current market conditions. In such circumstances, it will be nearly impossible for them to roll over their foreign currency-denominated debt in international capital markets, which could easily lead to large-scale sovereign debt defaults and the value of their currencies crashing. What's worse is that, while laid off workers in the advanced economies can often benefit from some type of unemployment insurance, the majority of suddenly-unemployed workers in developing countries cannot, due to high levels of informality in employment. Consequently, tens of millions are facing sudden economic and food insecurity. The United Nation's World Food Program (UNWFP) warned in April the number of people facing acute food insecurity could double in 2020 from the year before to 265 million and that "the pandemic and lockdown measures combined with rising unemployment and limited access to food could lead to violence and conflict."

For all of these reasons, those with wealth are very likely to try to get it out now more than ever, and by whatever means possible. When it comes to concerns about trade misinvoicing, Europe's top banking regulator, the European Banking Authority (EBA), has singled out the likelihood of international trade as a potential risk. Whereas global trade is presently expected to be slowing down across the board, institutions should carefully scrutinize the legitimacy of those cases in which the value of trade flows have actually increased, "particularly among customers or regions badly affected by the virus."

There is also the related problem of trade-based money laundering (TBML), the process by which criminals use a legitimate trade to disguise their criminal proceeds from their unscrupulous sources. In both the cases of trade misinvoicing and TBML, the common factor is that often regulatory officials lack good data on the actual prices of goods being imported or exported. It is difficult for customs officials looking at declared values on invoices, or bank officials approving trade financing to know if the prices for goods being declared by an importer or exporter are close to actual prices on world markets. For example, Anton Moiseienko of the UK-based Royal United Services Institute, explained, "If a client asks a bank to wire money as payment for goods, it's very difficult for the bank to say whether that payment is adequate, too much or too little." Moiseienko continued, "Because it won't necessarily know what the goods are, what the quality is, and it can be difficult to price them anyway. So banks just don't have enough information to be able to say, 'this is trade-based money laundering.'"

Additionally, for those ports around the world that have remained open and active, there is a secondary risk of possible heightened attempts to bribe officials monitoring the movement of goods. As many countries have closed down airports, handling facilities and ports have made it difficult to get goods shipped.

CRISES OFTEN LEAD TO INCREASED IFFS: The EBA has noted from past crises, even when overall levels of legitimate financial activity declines, "in many cases illicit finance will continue to flow." In fact, the Financial Crime Enforcement Network (FinCEN), a bureau of the US Department of the Treasury, the UK's National Crime Agency and Europol have already documented an increase in cybercrime, insider trading, fraud and trading of counterfeit goods directly linked to those exploiting the chaos of the Covid-19 crisis.

As advanced and developing countries alike attempt to mobilise large fiscal stimulus packages to keep their economies afloat, this has meant huge bursts of government spending quickly being moved from national to local levels. The emergency nature of such spending often means that regulatory oversight is weakened as corners are cut. The problem is magnified by the world's disrupted supply chains, as those engaged in procurement are under pressure to resort to less well-vetted suppliers. The World Customs Organization (WCO) has warned of an uptick in Covid-19-related fraudulent activities, particularly the trafficking of counterfeit medical supplies, such as face masks and medical gloves.

Additionally, the social distancing associated with the economic lockdowns has also meant that a great deal of in-person vetting of suppliers and hard copies of supply contracts have been shifted online, with many adopting electronic signatures, digitized documents and online payment portals for the first time, often before adequate

POOR GOVERNANCE, WEAK REGULATORY OVERSIGHT AND CORRUPTION EXPECTED TO WORSEN: Grand corruption, another type of IFFs, is also likely to worsen during the crisis. The corrupt officials and those who bribe them utilise existing mechanisms and networks used to hide and launder the proceeds of corruption, channels that likely to help even   in an emergency context, when resources and attention are focused elsewhere and normal standards for supervision, reporting deadlines and due diligence requirements have been loosened. Many such exploits have already come to light, from Saudi Arabia to Uganda to Colombia, where the agriculture minister is currently being investigated for alleged misappropriation of emergency Covid-19 funds.

Some of the most corrupt and brutal regimes in the world are expected to use the crisis as a justification for cracking down on political opponents and increasing levels of grand corruption. In addition, human traffickers are also expected to seek higher returns amidst the chaos. As desperate migrants are increasingly likely to be met with closed borders, traffickers are anticipated to raise their prices.

THE NEED TO WATCH EMERGENCY AID: The Financial Action Task Force's (FATF) response to Covid-19 emphasised the importance of risk-based supervision to ensure authorities use their resources wisely. The group has begun to step up its coordination across its members and regional bodies and observers such as the United Nations (UN), IMF, World Bank, the Organization for Economic Cooperation and Development (OECD), the Egmont Group and Europol on Covid-19 related money-laundering risks. It is using this global FATF network to identify challenges, good practices and policy responses to new threats and vulnerabilities arising from the Covid-19 crisis, and to identify ways to increase information sharing between public sector agencies and banks by leveraging communications with larger institutions and different jurisdictional authorities on new threat information.

Such international support for addressing the problem of IFFs is particularly important now, at a time of major global crisis, when the threat of IFFs takes on an even larger magnitude. But much more assistance and support are needed at the national level in many developing countries. For example, GFI has called for improved interagency collaboration at the national level, as in many developing countries, there is a need for better interagency coordination between financial intelligence units, customs agencies, law enforcement and anti-corruption commissions in identifying and stopping IFFs.

Similarly, developed countries need to lend a helping hand to their developing counterparts in ensuring the integrity of aid and other disbursements during the Covid-19 response period. As Jodi Vittori of Transparency International's Defense and Security Program noted, "Developed nations such as the United States, the United Kingdom and European Union states, as well as multilateral institutions such as the International Monetary Fund, need to make transparency, accountability and anticorruption priority matters in the disbursement of relief funds to developing countries."

As with much of the Covid-19 crisis, what the world does now will have ramifications for years to come.