A survey of informal economy is overdue 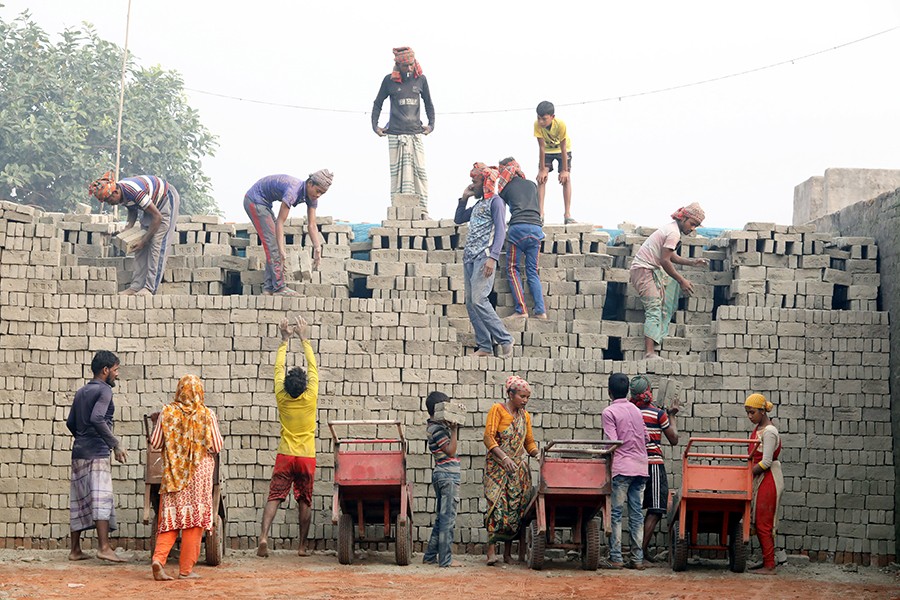 Informal part of an economy is a reality, but difficult to measure.  There are also some overlaps between the formal and informal parts that render the task of devising a well-accepted tool for measuring informal economy difficult. The Seventh Annual Statistical Forum of the International Monetary Fund (IMF), held last month, was an important global event in this regard.

The theme of the forum was 'Measuring the Informal Economy.' A large number of economists, statisticians and experts attended the two-day event. More than a dozen papers were presented to discuss the different aspects of informal economy. Although the participants didn't reach any consensus in devising a universal tool to measure informal economy, they underscored the importance of comprehensive statistics to estimate the size of informal economy.

There is a definitional problem regarding informal economy. Sometimes it is defined as 'economic activity that falls outside the regulated economy and tax system.' It is also referred to as shadow economy or hidden economy or shady economy or underground economy or even black economy. However, none of these seems to convey the true characteristics of informal economy -- which indeed is a broad term.

The problem here is that by not taking illegal activities into consideration, it is not possible to get a broad picture of the shadow economy. That's why, economists Friedrich Schneider and Dominik Enste, in an IMF (International Monetary Fund) paper in 2002 said: "Also called the underground, informal, or parallel economy, the shadow economy includes not only illegal activities but also unreported income from the production of legal goods and services, either from monetary or barter transactions. Hence, the shadow economy comprises all economic activities that would generally be taxable were they reported to the tax authorities."

This paper, which estimated the size of shadow economies in 158 countries, was also presented in the last month's IMF Statistical Forum. The authors, however, mostly focused on legal economic and productive activities and avoided illegal or criminal activities as well as 'do-it-yourself' and other household activities. By doing so, they apparently provided a conservative estimate of shadow economy as well as informal economy.

In another paper, Nghiêm Thi Vân and Francois Roubaud focused on the informal economy of Vietnam, and outlined it in a broad definition. They termed it 'non-observed economy' and showed that it has three components: informal, underground and illegal. According to Van and Roubaud, informal economy partially/totally bypasses public regulations and its 'activities are not necessarily carried out with the deliberate intention of avoiding payment of taxes or social security contributions.' In underground economy, registered (big) firms intentionally bypass public regulations.  Finally, illegal production of goods or services is illegal economy.

Experts take cue from a handbook prepared by the Organisation for Economic Co-operation and Development (OECD). According to the Handbook, 'the groups of activities most likely to be non-observed are those that are underground, illegal, informal, or undertaken by households for their own final use.' Activities may also be 'missed' due to 'deficiencies in the basic data collection' process.

The OECD handbook tries to provide a detailed guideline for measuring informal economy. A number of methods were used by experts in this connection and all were survey-based.  These are -- establishment survey, household survey, labour force survey and special informal survey. As the first three surveys are globally recognised official surveys, statistics for informal sector may be obtained through use of supplementary questions added to these surveys.

The report showed that informal sector of Bangladesh accounted for more than 40 per cent of total gross value added (GVA) in 2010 and about 95 per cent of the labour force was employed in this sector.

[GVA is 'measure of total output and income' in an economy. It provides the national currency value for 'the amount of goods and services produced in an economy after deducting the cost of inputs and raw materials that have gone into the production.'  Adding 'tax less subsidy' with GVA results in the size of Gross Domestic Product (GDP).]

In FY10, total GVA was estimated at Tk 5.79 trillion at constant market price. 40 per cent of GVA, which is equivalent to Tk 2.31 trillion, was considered as the size of informal economy at that time.

In FY19, total GVA at fixed price has reached Tk 10.62 trillion. If it is presumed that the share of the informal economy in the GVA is 40 per cent as it was in FY10, then Tk 4.25 trillion has been generated from informal economy.

The current high growth of Bangladesh GDP is apparently accompanied by expansion of both informal and underground or non-observed economy. The recent sensational raids in casino dens in Dhaka, ceremonial surrender of yaba dealers in Cox's Bazar and the on-going anti-graft campaign of the government indicate that there may have been a surge in illegal economic activities which the authorities are trying to curb. Without making continuous effort to track and measure these activities, it may become difficult to adjust economic policies in the long run.

As Bangladesh economy is growing at a fast rate, a fresh survey to know the latest status of informal economy is overdue.  Policymakers may review the papers, discussions and outcomes of IMF statistical forum in this regard.