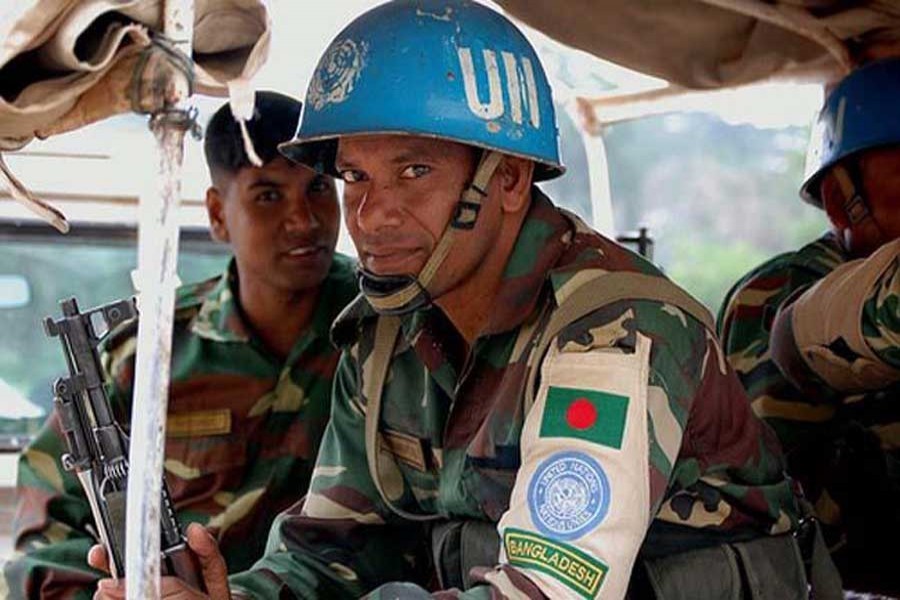 In the present conflict-stricken world -- both from within and beyond - the United Nations is increasingly in need of being more focused in dealing with and mitigating the multifaceted discords than perhaps it was ever felt so urgently necessary. These conflicts, often threatening the lives of millions of people, are spread out in most continents, including our subcontinent.

The Rohingya crisis in Bangladesh, the fallout of the National Register of Citizens (NRC) in Assam and the Kashmir situation in India are no tiny blips and are potentially unsettling for the peace of the region.

Around 700,000 Rohingyas from Myanmar's Rakhine state entered Bangladesh fleeing murder, arson and rape during 'security operations' by the Myanmar military in Rakhine, beginning in August, 2017. Although Bangladesh has given shelter to this huge number of refugees, so far, it has not been able to return a single Rohingya home due to non-cooperation of the Myanmar government. The recent revelation in a report by a UN fact-finding mission said that 600,000 Rohingyas in Myanmar's Rakhine state face "serious risk of genocide" and that repatriation of those who have been driven out of the country by its military remains "impossible".

In India, the situation is boiling in Kashmir following the termination of Kashmir's autonomy dropping section 370 of the Indian constitution. There have been violent incidents with masses taking to the streets. Curfew is a regular phenomenon in and around Kashmir's capital, Srinagar. Political leaders and rights activists have been detained and communication with the outside world cut off. Even Congress leader Rahul Gandhi was barred from traveling Kashmir. India has now generated another debate and controversy through the publication of the National Register of Citizens (NRC) in Assam, a province that shares its borders with Bangladesh. The final version of this list has effectively stripped 1,906,657 people in that state of their citizenship.  The Indian government is now planning to start the same process in New Delhi, Bombay, Hariana and West Bengal, which, observers believe, will make millions of people stateless. Most surprisingly, the main target of the process is allegedly Indian Muslims.

In the Middle East, Yemen is now a veritable nightmare. The UN has called Yemen the 'world's worst humanitarian crisis.' Yemen depends on imports for 75 per cent of its food. A coalition land, sea, and air blockade on Yemen has cut off supply of food and medicines. Outbreak of cholera has affected half a million people. International aid group Save the Children has determined that as many as 85,000 children may have died from starvation and disease.

The long-drawn Israeli-Palestinian conflict is not ending due to Israel's aggressive policy backed by none other than the United States. Israel has been violating all the UN rules and resolutions blatantly. Israel is now a nuclear power and the western world remains silent about this.

In Syria, the American support for various Islamist groups and military intervention on behalf of the Kurds have broken Syria into a mostly jihadi, rebel-held northwest, Assad-regime centre and US-backed Kurdish east. Thus the Middle East is burning due to wrong policy of the US and its blind support for Israel.

Looking at the situation, it seems difficult to fathom the role of the UN - the global body formed after the World War II to maintain international peace and security. Under the UN Charter it is a crime for any nation to wage war except in self-defence or with the explicit approval of the Security Council. Breach of these conditions is clear violation of international law. Clearly, had the UN been up to its role, it could have helped redress much of the human suffering and also bring the warring parties into meaningful dialogue for the sake of global peace and harmony.

MH Bari works in global marketing of seafood from Bangladesh.