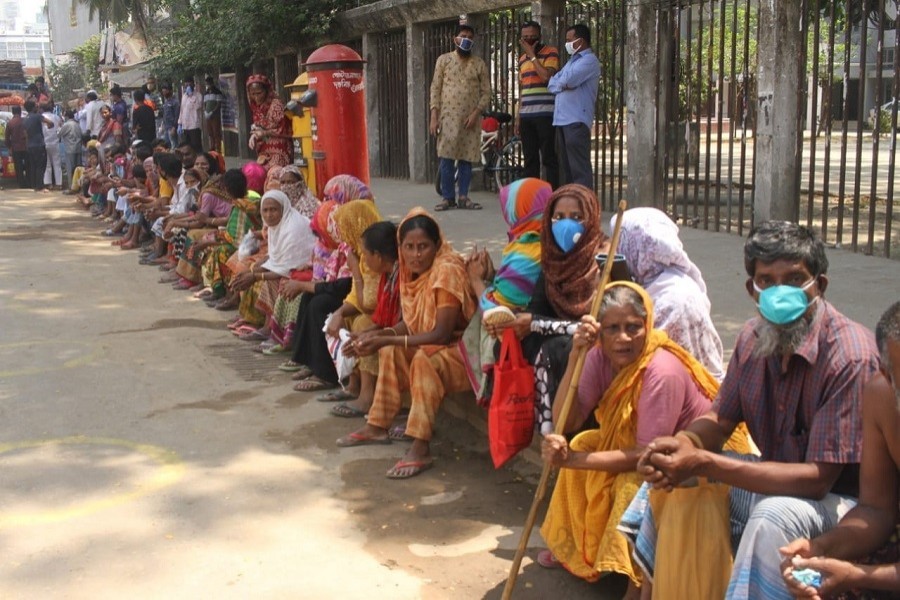 When the country is passing through an unprecedented crisis due to spread of deadly coronavirus, irregularities and misappropriation of relief materials clearly show how bad the governance system is.  Despite strong words from the top level of the state against any irregularity, media reports suggest that a section of unscrupulous people pay no heed to the warnings. Even in a few cases, the police have arrested the culprits. Nevertheless, allegations against many of those responsible for distribution of relief goods to destitute people are on the rise.

Misappropriation of relief materials, be those cash or kind, is not a new thing in this country. People become accustomed to the bad practice. Not only in the distribution of relief goods during any disaster, but also in regular social safety net programmes of the government, allegation of irregularities is there. In most of the cases, little remedial measures have been taken and the wrongdoers usually go unpunished. Moreover, in a large number of cases, indifference of the concerned authorities makes the things worse. Even, policymakers sometimes in the past ignored such incidents of irregularities or misappropriations terming those 'exceptions.'  The trend of denial or suppression of these incidents has not ceased yet.

Thus, it is not surprising that allegations of irregularities in distribution of relief goods to destitute are growing. The government has decided to extend social safety-net to moderately offset their job loss and income erosion due to countrywide lockdown. It has also decided to provide food free for six months to landless and homeless people. While all these steps are timely to save millions of poor people from hunger, the porous delivery channel due to irregularities and misappropriation renders the system ineffective.

Again in many cases, relief distribution becomes highly politicised and subject to political considerations. Activists of the party in power are controlling it and many of the needy people are not getting their allocations.  In some cases, local government representatives are distributing less than the allocated amount of foods.

A major problem of the ongoing relief operation is lack of transparency and inadequate information. Ministries and divisions responsible for allocation of relief goods are yet to make public statement on the allocation of relief.  There is also a lack of clear guideline on distribution. It appears that instead of considering the severity of the current crisis, the authorities take it as a 'business as usual' situation.

No doubt that there was little room to be prepared in advance for the unprecedented global pandemic. Nevertheless, when the authorities realised the gravity of the situation and tried to move accordingly, it reflected the positive effort to fight against the serious economic reversal. But some slackness in different stages of the whole system, cultivated over the years ignoring the good governance, makes the thing dysfunctional and inefficient to some extent.  In this serious crisis period, the inefficiency is taking a heavy toll especially on the poor people who are crying for minimum relief. The government thus needs to take some rigorous steps to contain further spread of these irregularities and misappropriations.