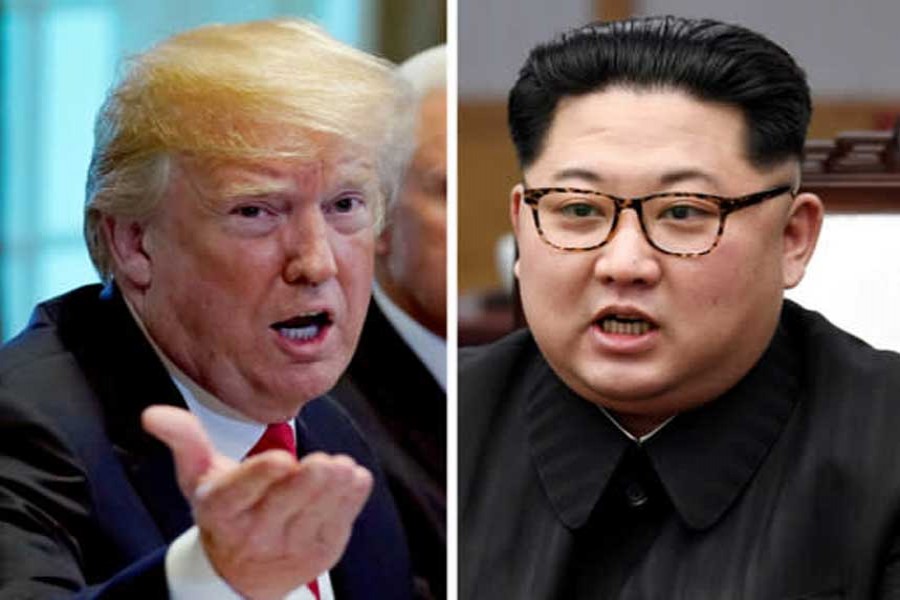 Having met with North Korean leader Kim Jong-un three times - all to great fanfare - US President Donald Trump may still believe that denuclearisation is underway in the Hermit Kingdom. If so, he is the probably the only one who does, given North Korea's frequent missile tests and upgrades to its weapons.

It is anyone's guess what the Trump administration's North Korea policy will look like in a year, but for now, both sides seem to have what they want. Trump has wrangled a loose stalemate that could hold through the November 2020 US presidential election, and Kim has secured a suspension of US-South Korean military exercises, in exchange for freezing his nuclear tests.

The summits with Kim never should have led to the current "freeze for freeze" arrangement, which weakens the US-South Korea alliance. Yet when first meeting Kim in Singapore in June 2018, Trump decided simply to follow his instincts. He has been taking US policy on North Korea in the wrong direction ever since.

Thinking like a New York real-estate developer, Trump assumed that North Korea wanted economic relief. But he also listened carefully to Kim's explanation of why North Korea pursued nuclear weapons in the first place: to deter a supposedly hostile United States from attacking it. If Trump found this argument plausible, that may be because his own national security adviser, John Bolton, is a living, breathing validation of North Korean fears. Given Bolton's blood-curdling scenarios, Trump could hardly blame Kim for being worried.

And so, at the press conference following the Singapore summit, Trump openly considered curtailing "expensive" US-South Korean military exercises, which he described using Kim's own terminology ("wargames"). Between freezing joint exercises and making his always eager secretary of state, Mike Pompeo, available for peace-treaty negotiations, Trump assumed that he had addressed North Korea's chronic trust issues. He need only maintain his avuncular relationship with Kim, and he would be a shoo-in for the Nobel Peace Prize.

It has now been 15 months, and the North Korean regime is still not even remotely interested in considering denuclearisation. Trump's team - if one can call it that - is in disarray, cognisant of the imminent policy failure, but reluctant to admit that their dear leader may be in over his head. Steve Biegun, the US Special Representative for North Korea, continues to consult with relevant third parties, maintaining the fiction that denuclearisation is still on the table. But he does not appear to be receiving any support from Bolton or Trump, the latter having convinced himself that progress depends on his personal intervention.

The North Koreans would agree with Trump on that, albeit not for the same reasons. Unlike Biegun, Pompeo, or Bolton - all of whom speak of denuclearisation with a sense of urgency - Trump seems to agree with the North Koreans that there is plenty of time. After all, he is primarily concerned with protecting his signature diplomatic achievement until November 2020. Accordingly, he need only maintain the appearance of progress through periodic feel-good summits.

Moreover, the Trump administration and the Kim regime share a disinterest in developing a broader diplomatic architecture. North Korea has always preferred a bilateral process with the US, because that format enhances its own prestige, and, unlike the moribund six-party talks, avoids the appearance that it is being ganged up on. To be sure, dealing directly with Trump can be risky (he did, after all, walk out of the Hanoi summit in February). But, overall, the process of summits and love letters has created a warm relationship between Kim and Trump, thereby softening the latter's position.

The US, meanwhile, has been happy to brief interested third countries on the process, while keeping them on the sidelines and out of the negotiating room. Other members of the six-party process - South Korea, Japan, Russia, and China - have seen little reason to believe that progress is at hand. But they might as well let the US shoulder the burden and reputational risks of managing North Korea on its own.

There is never any guarantee that the North Koreans will play the role set for them. As matters stand, the benefits of the current stalemate probably exceed the costs of the sanctions regime, which has grown increasingly leaky. But the intensity of the North Koreans' response to any mention of US-South Korean exercises suggests that they may see an opportunity in the current standoff - and in this president - to undermine US regional engagement more broadly.

The Kim regime's recent missile tests and behaviour toward South Korea may be meant as a warning to Trump. If so, the message is clear: unless you placate us, we will cause problems for you before November 2020.

Trump might like the world to think that he is maintaining strategic patience with respect to North Korea. But it is now clear that his administration's policy is one of appeasement. Whether it will work for him remains to be seen. November 2020 is still a long way off.

Christopher R. Hill, former US Assistant Secretary of State for East Asia, is Chief Adviser to the Chancellor for Global Engagement and Professor of the Practice in Diplomacy at the University of Denver, and the author of Outpost.