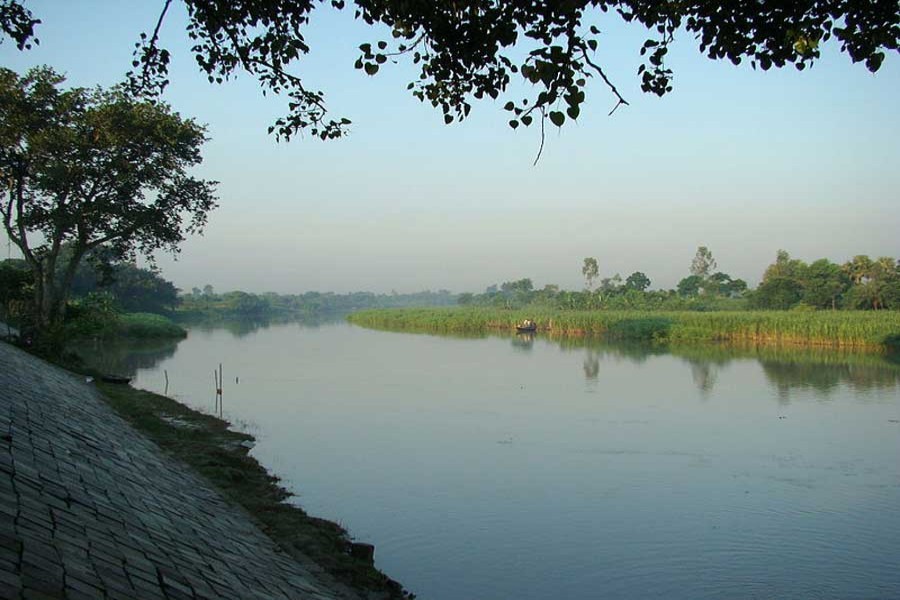 The release of the full text of the landmark High Court judgment delivered on February 3, recognising the river Turag as a living entity should be treated as a momentous development. Released on July 2 last, the text contains a 17-point directive aimed at saving not only the Turag but all rivers of the country from grabbing and pollution. The Turag is the third river to receive the status of a living being after a Colombian and an Indian river. As the HC judgment endorses that "Rivers are living entities. A River is a legal person, a juristic person and has the right to protect its rights", in fact all rivers and water bodies come under the purview of the protective clause. This has been further clarified by another point of the directive. The State has been empowered 'to act as the trustee of all rivers, hills, sea beaches, canals, beels and other water bodies'.

What is important is that the National River Conservation Commission (NRCC) has been given the mandate to protect rivers. So long the NRCC was entrusted with the task of monitoring of encroachment and pollution of rivers and reporting to the government. This time the HC verdict has asked the government to enact laws empowering the NRCC to act as the protector of rivers and water bodies. If this is done, any incident of encroachment and/or pollution of a river will be punishable under laws stipulated to protect individual sovereignty. The crimes will be treated more seriously than ever before.

Clearly, the import of the HC judgment may not as yet dawn on the majority of the population here for understandable reasons. It is because they have become used to seeing that river banks can be occupied, parts of water front or even the shoals right in the middle of a river filled up to construct permanent structures let alone waters fouled by releasing industrial effluent with impunity. But ever since the delivery of the judgment, the Bangladesh Inland Water Transport Authority (BIWTA) has launched an eviction drive against illegal constructions on the banks of the Buriganga, the Turag, the Balu and the Sitalakkhya. In its first phase, it was a 36-day drive but it is still continuing sporadically. However, the seriousness with which the drive was conducted has lost much of its steam by this time.

On the positive side, the drive did not discriminate against anyone -be it a political stalwart, a local influential or others wielding muscle power. What, however, happened to a jetty built on the bank of the Buriganga by one of the defence forces is unclear. But the judgment does not cover only the illegal construction of infrastructure, it also directs the authorities to clear the earth filling that has been done over the years leading to shrinkage of river channels. Nothing has been done on this front yet. The boundary pillars once posted to demarcate the river area of the Buriganga were alleged to be placed much inside under the influence of local bigwigs. Those assigned the responsibility compromised at times in exchange for money.

Admittedly, it is a daunting task to restore the original shape and size of a river after decades of neglect suffered by one. All four rivers girdling the capital city have been abused beyond their tolerance and no wonder that the Turag has turned into a mere narrow strip of trickling water. In high summer, it becomes dry, so does the Balu at several points. Now that the HC verdict has been delivered to the effect that encroachment of rivers or obstruction caused to their channels is tantamount to killing a living being, here is an opportunity to save the rivers if not to revive them to their original glory.

The directives have also asked the authorities to make the names of grabbers of river lands public and shame them. Grabbers or encroachers listed will have to be declared unfit for contesting local or national elections. Besides, the directives have made it mandatory to hold bimonthly orientation classes or sessions for students of schools, colleges and universities as well as employees of organisations in charge of protecting rivers. Such classes, the HC observes, are likely to raise awareness of conservation of rivers among the stakeholders and the general public. Since students are in the forefront of public motivation, they can disseminate the knowledge better once they themselves become convinced of the overriding compulsion to protect rivers from encroachment.

No wonder, ancient sages have regarded rivers as a 'mother deity' -the Ganga being a prime example. They could realize that without the nourishment of river waters like the breast milk of mothers, human beings cannot attain the expected growth. In fact civilisations all over the world flourished on the banks of rivers. Abusing the providers of such nourishment is criminal and through the HC verdict this truth has been established. Now the important thing is the operative part of this verdict. If the capital city has to survive, the four rivers have to be saved. If Bangladesh has to survive, the 450 rivers out of a total of 700 environmentalists have listed in the precarious category, must also be saved and saved by dint of collective informed knowledge and efforts.