Tobacco: Taking on the silent killer 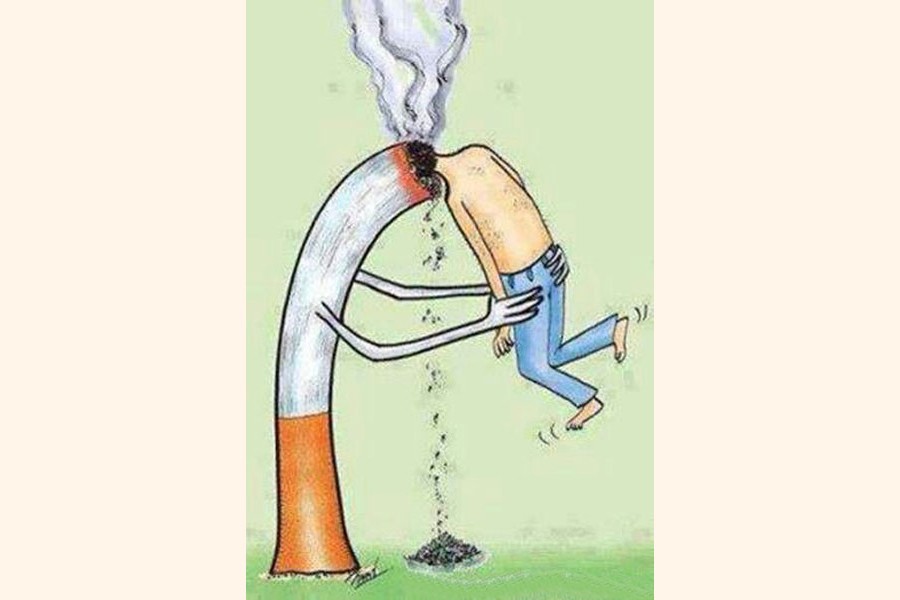 The slogan of the day was 'Don't Let Tobacco Take Your Breath Away. Choose Health Not Tobacco'. Experts emphasised that the authorities concerned execute the laws and regulations properly and create awareness about prevention of tobacco consumption. To this end the government of Bangladesh amended the Smoking and Tobacco Products Usage (Control) Act, 2005 in 2013 and formulated the Smoking and Tobacco Products Usage (Control) Rule, 2015, and in addition, one per cent surcharge has been imposed on the selling price of tobacco products from the fiscal year 2014-2015. Different government and non-government organisations, WHO and National Tobacco Control Cell, Health Services Division, have taken several initiatives to observe the day.

Bangladesh is one of the most important countries where the price of tobacco products is cheaper, opines WHO. Smoking and the use of tobacco products undoubtedly are pushing the country and the nation towards terrible consequences. As per the updated information of Tobacco Atlas Bangladesh, more than 7.0 million people die every year in the world because of tobacco consumption. In Bangladesh about 161,000 people die every year due to tobacco-related diseases. They also provide information that about 172,000 adolescent and children aged 10-14 years and 20.49 million people aged 15+ are using tobacco on a daily basis.

The more dangerous thing is that in Bangladesh the death rate is increasing day by day due to use of tobacco. The country also faces increasing economic losses due to tobacco-related illnesses and premature death. Moreover, the annual financial loss of tobacco consumption in Bangladesh is about Tk 30,570 billion. Currently, in the country, more than 1.5 million men and women and more than 61,000 children are affected due to indirect tobacco smoking. The tobacco industry, through clever strategies, has been in quest to continue the tobacco product promotion in order to influence children, adolescents and the youth of the country.

Tobacco Industries (TIs) are discreetly disregarding Tobacco Control Law (TCL) of the land. This the TIs do sometimes by just overlooking TCL, sometimes by influencing the formulation of government policies and most of the time by lingering the formulation processes of tobacco control policies in their own interest. The government needs to be more alert regarding such tactics of the TIs so that the people may be saved from the tobacco menace.

The writer is a retired Professor of Economics, BCS General Education Cadre. sarwarmdskhaled@gmail.com