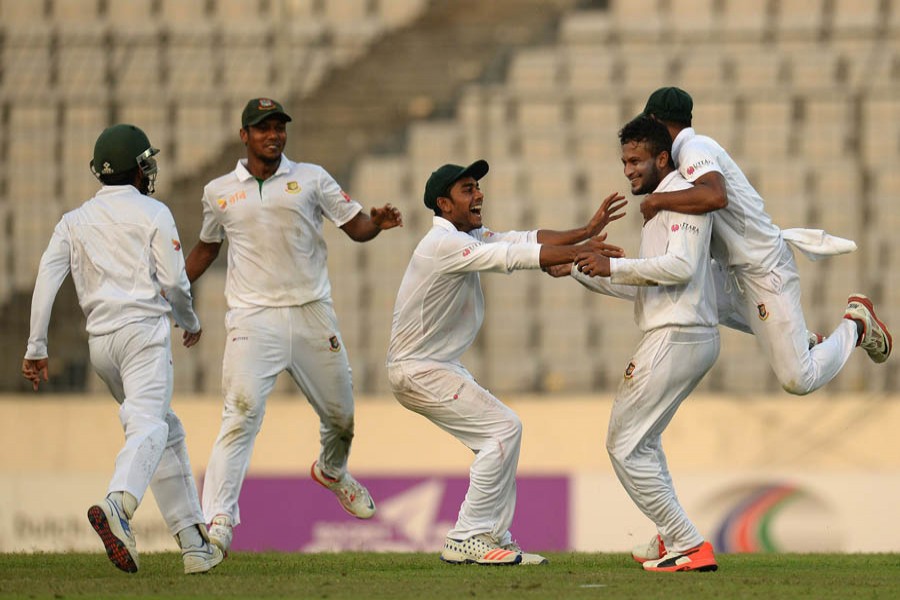 IT was like a dream come true. Bangladesh beat Australia in a Test match. As it happened immediately before Eid, the victory was a befitting Eid gift to the nation from our cricketers. Shakib's brilliant all-round performance backed by some excellent batting from Tamim were instrumental to the wonderful victory. In the morning of the fourth day when Warner and Smith were batting, victory appeared like a distant dream because they built a century run partnership.

Set 265 for victory, the Australians began the fourth morning in a strong position at 109 for 2. They continued to tighten their grips as David Warner reached his 19th Test hundred and compiled a 130-run partnership with Steve Smith.  Bangladesh badly needed the wicket of Warner and Shakib trapped him plumb in front of the wicket to pave the way for a creditable win. Bangladesh now has won Tests against England, Sri Lanka and Australia within the past year.  Full credit goes to the Tigers as they held their nerves till the end. I congratulate them for their gritty performance and hope they will win their second Test too against the Kangaroos.