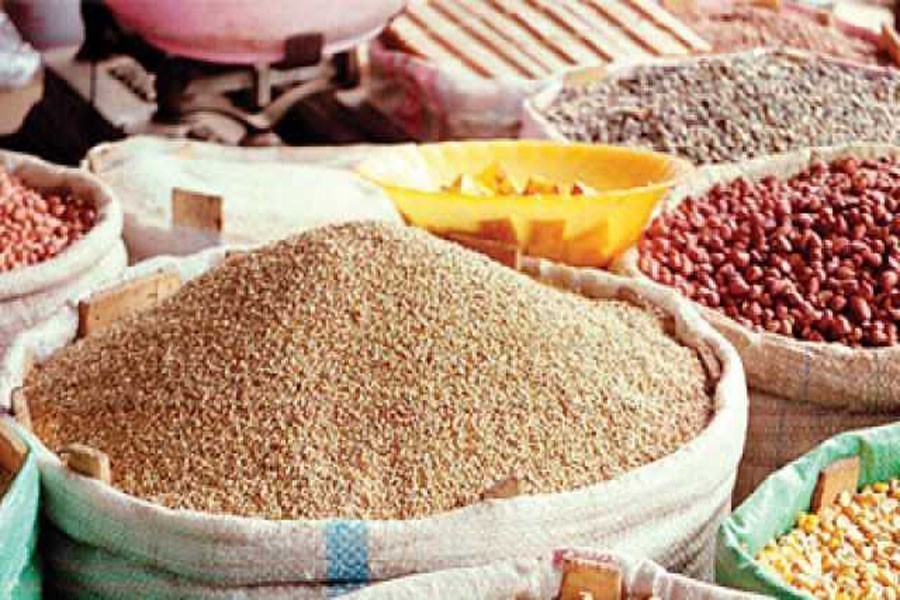 At a time when food inflation is on a relentless march posing a threat to food security in many countries in the world, the uncertainty about wheat supply on the international market may further worsen the food crisis. The war in Ukraine had already disrupted or even brought to a halt export of wheat from Russia, the top exporter in the world and from Ukraine, also a major exporter. Although there was a bumper harvest last year, Argentina and Canada suffered crop losses and the global supply was replenished by countries like India which had a record yield. Now the Indian government's decision to slap a ban on wheat export has thrown the market of the staple into chaos. International food experts have expressed their apprehension that this decision will bring many countries dependent solely on import of the grains under threat of food insecurity.

The apprehension is not misplaced at all. With India experiencing a heat wave as high as 45 degree Celsius in the wheat-producing belt, its production of wheat is likely to suffer. Against the backdrop of rising inflation of commodities in internal and external markets, there is nothing to be surprised if that country goes for such a conservative trade measure in the interest of its own food security. In fact, in the post-pandemic period, this has now become a common food policy which in effect has fuelled inflation further. The ban imposed on export of palm oil by Indonesia, world's largest exporter of the popular cooking oil, has had a devastating impact on the global oil market. Now, the supply crunch of wheat will deal a double blow to the world's food security. News from the climate front is not encouraging either. Political rivalry and conflict have diminished any hope of trade cooperation among the major players.

Since there is no sign that the war in Ukraine will come to an end soon, any hope of resumption of wheat supply from the warring nations fades in the distant horizon. In fact, innocent and vulnerable people across the length and breadth apart from the Ukrainian refugees will have to pay a heavy price for the fractious international politics. The shockwaves of the war are felt everywhere in an interconnected world. Even US inflation is making screaming headlines now. The world's economic recovery will be seriously hampered with the Russia-Ukraine war prolonging. Both man-made and climatic hostilities can leave economies everywhere badly wounded and bleeding.

Bangladesh also cannot evade the deleterious impact of supply crunch of wheat, the second most important staple after rice. So far as rice is concerned, it has already recorded another price hike in the past week. What is even more concerning is the negative prospect of paddy harvest. It is not because paddy yield was bad but because, the recent inclement weather has wrought havoc with its harvesting. Farmers cannot manage enough farm labourers to harvest paddy and take the crop home. In several areas, ripe paddy is simply floating on accumulated rain water. This is sad indeed! Its impact will be felt on the supply of the staple. A coordinated move aimed at helping farmers harvest paddy by the local administration could save the crop but no such move was taken. The ministry concerned can still instruct the local administration to gear up such a move for harvesting crop.