The unstoppable caravan of migrants 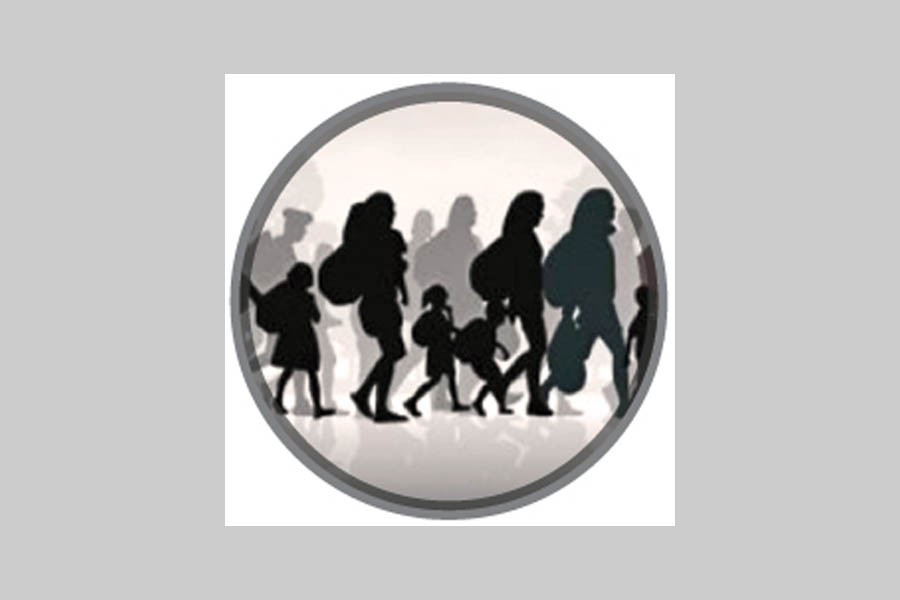 As has been observed by the recent issue of an international English news magazine, one third of the Latin Americans are all set to emigrate from their countries to the affluent ones as early as the current year. Their destinations include the USA, the UK and a few other West European countries.

Among others Hondurans, Guatemalans, Venezuelans and El Salvadorians and many economically hard pressed peoples occupy dominant places on the list of the aspiring migrants. Besides weak economies, the other reasons for migrations include crime and corruption in their countries. In one of them, people had reportedly grappled with 2,700,000 per cent inflation by 2018. Already 13 per cent of the population has fled that country.

Apart from voluntary exodus, like the 2018-2019 Hondurans' march in migrant caravans, human traffickers continue to play a great role in the mass migrations. The Latin Americans are followed by northern and western Africans, from pockets in greater western Asia, mainly from the war-torn Syria. Afghanistan in South Asia is also included in the list of countries experiencing exodus of would-be migrants. Apart from these migrations and the failed attempts, there are localised migration crises.

Of late, the exodus of over 700,000 Rohingya Muslims to neighbouring Bangladesh emerges as a crisis with potential for snowballing into a regional impasse with global ramifications. The Rohingyas have been fleeing their country of origin --- Myanmar, since the 1970s. In the latest spate, they have, in fact, been fleeing brutal racial discrimination in the lately xenophobic country, accompanied by genocidal killings and persecutions, orchestrated by the Myanmar army. The total number of Rohingya refugees in Bangladesh now stands at more than 1.0 million. Apart from providing food and shelter to them for nearly three decades, Bangladesh now finds itself battling the fallout from the long-term stay of these refugees in this least developed country. As they are not economic migrants, they have lately started creating isolated social and other problems. Like the residents of Germany and other European countries being disillusioned with their migrant population, the earlier harmonious ties between the Rohingyas and the local Bangladeshis have started fraying. In spite of a lot of bilateral parleys, interventions by the UN and requests from some regional powers and the Myanmar government's repeated promises to take its people back, the deadlock just drags on.

Regional experts blame the Buddhist-majority country's foot-dragging in taking its people back for the intensifying crisis. To speak pithily, the Rohingyas have lately become the Arabian Nights' old man sitting tight on the shoulders of Sindbad. With the flow of international humanitarian aid for the Rohingya refugees shrinking, Bangladesh increasingly finds itself being drawn to a great predicament in its task of hosting the people displaced from their homeland. Similar refugee problems plague southern Africa.

The year of 2015 was recognised as the year of migration to Europe en masse. Most of the people fled their countries amid protracted civil wars. Syria had topped the list. Population and migration experts call them war-displaced people. The months-long frenzied exodus was mostly aimed at Germany, thanks to its open arms extended to the battered and exhausted multitude fleeing violence in their homelands. With the number of these hapless refugees crossing the affordable limit, Germany and other liberal European countries began facing opposition at home. Eventually they were compelled to enforce restraints on the entry of the migrants into their territories. After a lull of a couple of years, refugees from Syria and some African countries have resumed their hazardous voyages to the shores of the third countries en route to Western Europe. In the last four years domestic socio-political and economic scenarios have changed significantly in many European countries. The new governments and the peoples in general have adopted an anti-refugee stance. The spectacles of the general people greeting the migrants with flowers, food and warm hugs are gone.

In 2019, luck doesn't appear to be in the migrants' favour. Lots of them have landed in detention centres or improvised shelters. Many died at mid-sea during voyages arranged by human trafficking syndicates. To our woes, this time around the name of Bangladesh has started appearing fleetingly, if not in a prominent manner. Resourceful overseas lands never stop beckoning people from the poorer countries. The South Asian nations, except Afghanistan, are apparently better-off compared to those in Sub-Saharan African countries. Still they are found to be trickling into the desperate crowds out to undertake hazardous journeys across the Mediterranean.

Identifying Bangladeshis among these 'boat people' is locally termed unfortunate. According to behavioural experts, some people are born ambitious. Their desire to reach the top rungs of the social ladder at times tilts onto the verge of vulgarity. It's satisfying to note that few people have jumped on the bandwagon of setting out journeys for unknown shores.

Over the last one year, the world's former flashpoints have returned to a calm of sorts, especially in the greater Middle East. But 'social turmoil' and 'economic downturns' have raised their heads in Latin America. With millions heading for the US, and the government adamant to stop them from entering the country at borders, the migration crisis in South America continues to deteriorate. According to a recent report from the population division of the UN Department of Economic and Social Affairs, migrants account for 3.5 per cent of the world's population today, compared to 2.8 per cent in 2000. The migrant population has grown by 23 per cent over the past decade, the report elaborates saying Europe and North America have absorbed the largest share of the world's 272 million migrants. The UN has highlighted the important role of the migrants and migration in the development of both the countries of origin and destination.

Few will deny this observation. In reality, none of today's rich countries, except those dominated by closed societies, would have been able to ensconce themselves in their exclusive clubs without the contributions made by the genuine migrants. The process has been in place for a couple of centuries. A bitter truth also crops up. Unwanted migrants retard the progress of a lot of countries.