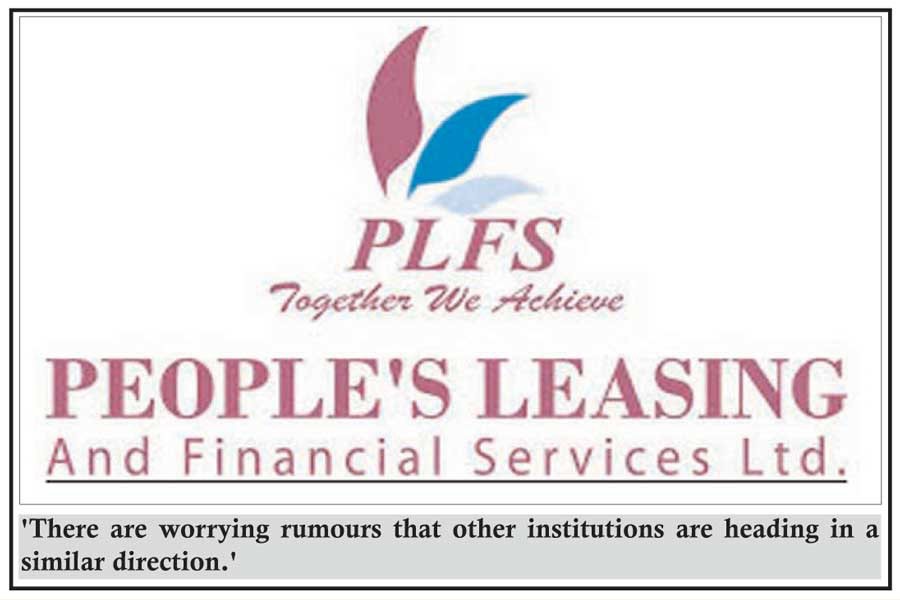 It isn't unusual that there will be a whole horde of expectations from government elected by the people. Every interview by the print and broadcast media prior to national polls has individuals saying they want to vote for honest, dedicated aspirants who will look after their interests including development of their respective areas. Above all they look to government policies that allow them to grow individual wealth to be spent on family consumerism. One of the areas that had in the past guaranteed them savings of sorts was in government bonds, bank interest and interest from fixed deposits from non-banking financial institutions.

Institutions in which they placed their trust were all sanctioned by the government and representatives of those institutions were gleeful in convincing consumers that their hard-earned money was protected by the government. Ideally that should have been so. Paid-up capital and reserves with the government should have covered liabilities. Unfortunately these have fallen flat. From the time that banks and NBFIs (non-banking financial institutions began to go wobbly due to siphoning off of huge moneys in what appears to be inexplicable ways, the government has been lax in its response. Far from taking action against identified perpetrators it continued to bail out the banks rather than nudge them into consolidation.

In a recent interview former Finance Minister A M A Muhith regretted having bailed out Farmers Bank and allowing them a change of identity. This included increasing the deposit of government funds to prop up the banks. There were conditions that the banks would take aggressive measures to recover bad loans or bank in on the collateral. That's when it was revealed that the collateral declared was worthless compared to the loans that were dispersed. Bank officials privately expressed their helplessness at the political pressure that was imposed on them to act. This includes some illustrious names of persons of reputation with expertise in their fields.

Till now, no action has been taken save for banning overseas travel of certain individuals. Neither has whatever collateral is there worth the mention being seized. The new Finance Minister was tough in his initial comments regarding action against banks including appointing auditors. Mr. A F M Kamal's subsequent soft stance left everyone scratching their heads. The expected consolidation of banks didn't happen, action against individuals were non-forthcoming and on the contrary he allowed owed interest to be cut to 2.0 per cent against down payment and a ten-year repayment period. Only he can explain how this encourages new lenders that have to pay higher costs of returns. In many ways it is similar to the whitening of black money year after year at the payment of nominal interest thereby discouraging those who tried to keep up with their payments. On the contrary, there are reports that some of these defaulters are seeking new loans.

Strapped for cash the government delved deeper. It doubled the tax on government bond interest resulting in a drastic fall of sales of the instruments. The next stop was to deduct tax from depositors' funds in banks in spite of their having paid their applicable taxes. But the biggest inaction came in allowing NBFIs to follow the same route as the banks. Chaotic conditions at the People's Leasing and Financial Services is a glaring example. Rather than chase Prashanto Kumar Halder accused of siphoning abroad Tk 35 billion while heading People's Leasing and Financial Services, the government is fast tracking liquidation proceedings.

There are worrying rumours that other institutions are heading in a similar direction. How depositors will get their money refunded and whether the government will live up to its responsibility may well decide how healthy will the financial sector remain.