The psychological map of immigrants 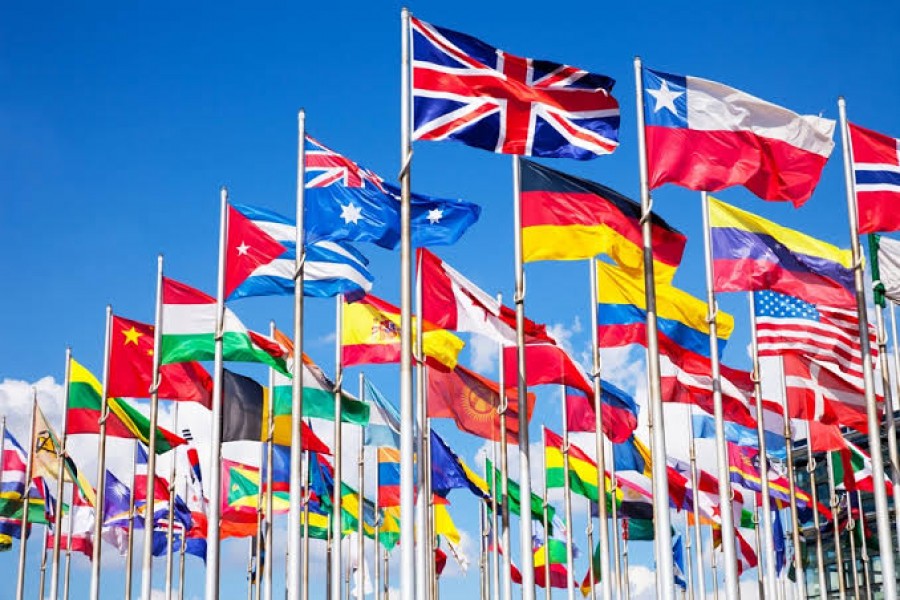 There are many types of Bangladeshi Bengalee immigrants in the USA, the UK, Australia or Italy. Some of them are the descendants of parents who migrated to these foreign developed countries 60 to 100 years ago. The second generations are born and brought up in the new lands with their native soil losing appeal to them. A few of the second or third generations, however, cannot sever their ties completely with their ancestral countries. Different material factors, inquisitiveness about their roots or emotional drives take them to their forefathers' homeland. These migrations are continuing unabated even today, although their frequency has witnessed a noticeable drop.

That lots of the late 20th and 21st century immigrants remain long afflicted with their adaptability to their new countries is a modern-day reality. They are torn by the dilemma over their full assimilation with their newly adopted environs and the complete severance of ties from their native country. The English-educated segments of the immigrants can cope with the problem smoothly. They show little reservation about making them a part of the new community speaking a different language and practising a different culture. A completely new social class, many of the members of which emerge as being interested in scholarship and creative activities, is thus born. To speak in short, they are a different breed. In South Asia, it is the people from India, Pakistan and Sri Lanka who dominate the scene comprising these youths. Bangladesh still lags behind these countries in this field, but many of its English-proficient authors show signs of emerging in the literary landscapes.

These authors are nowhere near Britain's Monica Ali and Zia Haider Rahman or Australia's Adib Khan. Monica Ali, who visited Bangladesh recently as a special guest at Lit Fest, a Dhaka literary event, seems to have bested all of them. Born to a Bengalee father and a British mother in Dhaka, the child Monica left for UK in 1971. Now around 52 years old, the celebrated British author was short-listed for the Man Booker Prize after the publication of her 'Brick Lane', her maiden novel. Monica's debut novel was named after an area in London largely inhabited by South Asians including Bangladeshis. Her book revolves round the lives of a Bangladeshi young woman from Mymensingh and her immigrant Bangladeshi husband, who is years older than his wife. Monica has published three other books of fiction. As immigrants, most of the youths having a flair for writing opt for the immigrant life as subjects for their novels or short stories. The case has also fitted with Monica Ali, the daughter of Hatem Ali, an instructor at Dhaka Polytechnic Institute. It is this subject, the state of being an immigrant, which the immigrants know thoroughly along with its myriad aspects and dimensions. What mainly characterises their lives includes small and big traumas, the feeling of being an outsider in a different society, communication gap between family members, and between the generations born overseas and their immigrant parents. These give rise to many other complexities.

Due to Monica's schooling in London and the higher education at Oxford University, she had been expected to be armed with deep insight into the human mind. She did not disappoint the readers. Monica was able to delve deep into the seemingly unfathomable recesses of the minds of her immigrant characters, namely, the young woman from Mymensingh who begins living in London with her immigrant Bangladeshi husband.

Almost the same creative skill was applied by the Indian immigrant author Bharati Mukherjee in her novel 'Jasmine' (1989). The fiction centres round a group of migrated Indians, with Jasmine at the centre, who initially find themselves dislocated and temporarily 'rootless'. After the end of a series of bitter-sweet experiences, the immigrants later became a part of the American society. This book has been acclaimed as a remarkable publication on South Asian expatriates.  Upon receiving a number of prestigious literary prizes in the USA, Bharati Mukherjee eventually emerged as a gifted Indian writer on immigrants' experiences. The author, however, did not want to be known as an 'expatriate author' born in India. It evidently shows that she was able to assimilate herself with the greater American society. Bharati's marriage with Canadian-American author and critic Clark Blaise made her love for America grow deep and multi-faceted as years wore on. She became a US citizen in 1989.

The incorrigibly Anglophile Indian scholar Nirad C Chaudhury was a different case altogether. After doing petty jobs in India he finally settled in London, UK, and had lived in his dream-country from the 1970s to 1999, the year when he died at the age of 101. Chaudhury was called wryly by his critics as the last surviving British colonialists. He would love to call himself 'Civis Britannicus sum' ('I am a British citizen'). Nirod C Chaudhury had not had to pass through the ordeals of prolonged uncertainties and the invisibly encroaching fears of residing in a foreign land as an immigrant. All through his life starting from his middle age, he had never had any delusion over his intrinsic bond with Britain. Perhaps the authors like Russian Vladimir Nabokov, Polish Joseph Conrad et al had the similar bent of their minds: it translates into their deep love for the English language.

In spite of the disapproval of their countrymen, the lure of migration to affluent countries remains irresistible. At least, these developed societies assure both the general people and authors-aspirant money and social security. The fortunate ones find their doors open on scores of money-minting opportunities. The enterprising, innovative and the energetic lot hardly lose these openings, which would have remained ever elusive in their native lands. Thanks to the heyday of immigration in the 1960s and the '70s, Bangladesh can now take pride in the London-based Tommy Miah, called the 'culinary mogul'. Most of the British-Bangladeshi entrepreneurs belong to the restaurant business in the UK. However, there are others who have excelled in related entrepreneurships. They include over 25 businessmen like Abdul Latif, Enam Ali MBE et al. In the USA, Bangladeshi immigrants have made their presence felt in multiple types of businesses or entrepreneurial ventures. They include Jawed Karim, co-founder of YouTube, Salman Khan, founder of Khan Academy, Abul Hussam, inventor of Sono Arsenic filter, and Kamal Quadir, founder and CEO of CellBazar Inc. In fact, over a hundred Bangladeshi immigrants carved out prestigious and individual places in the vast American society.

Almost the similar pictures could be found in Canada and Australia. The tradition of English language passed down to the sub-continent by the British colonial power for two long centuries had helped the educated Bengalees to emerge as a dominant segment among the immigrants. In the countries, where the English language could make a tolerable headway, the immigrants are found concentrated in certain areas. They are not like the 'all-Chinese' China Towns, but the Bangla language and Bangla way of life sealed a fraternity and fellow feeling among people living in these areas. This common spectacle is found in New York City's Jackson Heights, Queens, Jamaica, Brooklyn and some other neighbourhoods. These areas host Bangladeshi-Americans and immigrants in great numbers. Similarly, the London segments comprising British-Bangladeshis and other South Asians have for nearly a hundred years included mainly the East End neighbourhood, which also includes Brick Lane.

Coming to America and Britain, the Bengalee diaspora began reaching their shores     in the 1940s to reach its height in the 1960s and the seventies. Their offspring comprising the first batches of immigrants are now fully American. Most of them have little emotion over their parental land. Creative people, like Monica Ali, are exceptions. Most of the average foreign-born Bangladeshis remain fully at ease with living in these countries, which do not have the faintest cultural or psychological links with Bangladesh. It doesn't take much time for the fidgety immigrants to shake off their feeling of alienation and of being marginalised. With immigrants enjoying the freedom of forming platforms dealing with literary and cultural activities, partisan politics in Bangladesh and district-based parochialism, most of them seem to have been assimilated with the new social mainstreams. The homesick people cannot erase their countries from their minds altogether. It's them who keep returning to their native lands whenever there is an opportunity.