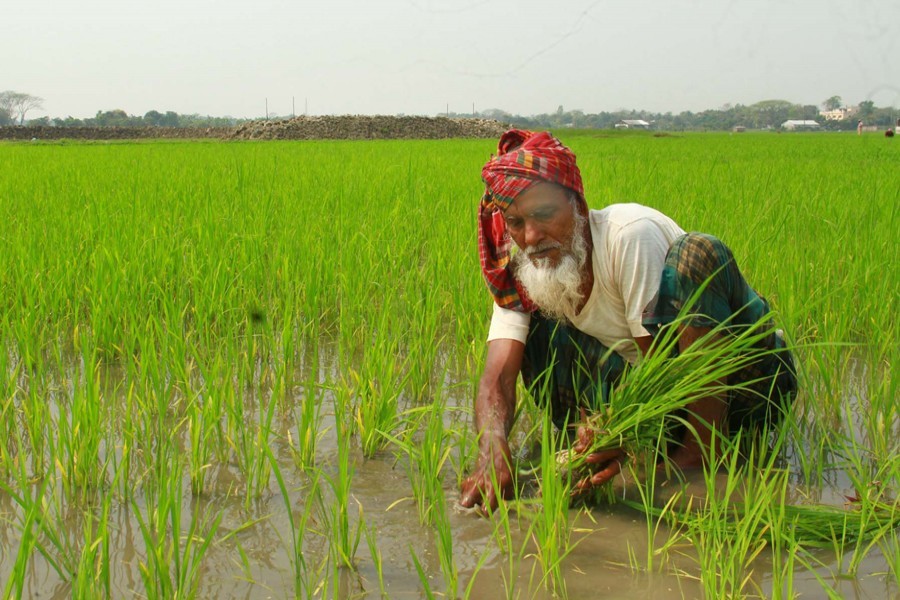 As a rule of sorts, the rural poor in developing countries have been  deprived communities for ages. Thanks to this plight they are also found belonging to the segments of people without voice. They have virtually no role in decision-making on local issues. The village-based poor and the poorer sections of communities in Bangladesh also fall under this category. Successive governments have taken grand programmes ostensibly to improve the lot of the poor for the last 3/4 decades. Apart from the various government programmes, a number of large NGOs and international finance organisations are now helping the government attain a poverty-free Bangladesh. They include World Bank, IMF, the International Development Association (IDA) as well as Poverty Eradication Programme (PEP), BRAC etc. With these multiple participants in force, poverty alleviation activities in the country were expected to reach a tolerably satisfactory level. Unfortunately, it has not happened. Loopholes in the relevant systems and various types of irregularities spoil many a noble venture.

It doesn't require much brainwork to identify the marginal farmers as a dominant class among the poverty-stricken rural people. They continue to become targets of skewed treatments by a section of officials at the government departments concerned. Unscrupulous elements targeting innocent, and at times confused, farmers remain ever active to exploit them. Vast numbers of paddy cultivators in the country include these farmers. Depriving them of the fair price for the paddy they produce is a common way of deception. In scores of cases, small farmers cannot sell their produce even at minimum profits. In consequence, they are made to sell their paddy at prices below the production cost. The strange aspect of the whole episode is that this nearly countrywide price manipulation occurs in the years that witness good harvests. Higher yields nowadays often become cause of woes and disappointment for a lot of farmers. People observing these murky developments affecting rural agriculture blame middlemen and syndicates with links to influential quarters for the farmers' sufferings. As part of an age-old ritual, the authorities concerned continue to deny their involvement in any foul play regarding purchase or procurement of major crops. In such a puzzling situation, the farmers are found largely left in the lurch.

The recent outcry in the procurement of Boro paddy by the government is a case in point. The episode unfolding in the paddy-growing areas in the whole country smacks of vile attempts to deny farmers their legitimate profits from their yields. The government is set to buy a large quantity of Boro paddy from farmers this year. The objective is to ensure that they enjoy the due return from their investment in the cultivation of the crop. To the consternation of many farmers and agro-sector activists, the term 'listed' has become the buzzword in the year's paddy procurement by the government from the farmers and also in its purchase of rice from millers. In plain words, both 'listed farmers' and 'listed millers' are said to be enjoying the benefits coming from the good harvest of paddy this year. It has been learnt that the food department had started rice purchase from its 'listed millers'. It is being done in accordance with a 'government decision'.

Upazila-level committees have reportedly been tasked with the making of the 'lists'. Despite the silent giving-in to deliberate complications made in the purchase of paddy year after year, this year the farmers staged demonstrations demanding increase in the volume of paddy purchase from them. Not everyone is courageous enough to take part in demos and rallies. Most of them are finally compelled to sell their paddy at prices lower than the production cost. In the meantime, the farmers continue to be affected by the falling paddy prices.

No sooner had the impact of the slump in paddy sales been over, than another disincentive plagued the farmers. It is related to moisture content in the paddies. According to people involved in the purchase of paddy from the farmers, large quantities of paddy brought to the government 'buying centres' contain moisture above the permissible level. One of the prerequisites for the farmers to be eligible for selling their paddy at government buying centres is its maximum moisture content of 14 per cent. The Food Procurement Policy enforced the paddy's moisture content limits in 2017. It is one of the requirements for paddy purchase by the government. With lots of marginal farmers becoming ineligible for selling their paddy due to higher moisture content, many presume that a good number of the cultivators are still not fully aware of the paddy sales requirements. Being rebuffed by the government buying centres, they become compelled to sell the high-moisture paddy to syndicates at nominal prices. After properly seasoning the paddy, the latter sell it to the purchase points at high prices.

These types of deprivation, and finally losses, lead to sufferings of the poor. These social injustices are found in every sector of the rural society, peopled by the mostly innocent. They are gullible and always fall victim to the influential people's stratagems and favouritism. Spanning from collecting old-age allowances, agro-loans and other social benefits to small entrepreneurship stimulus -- in almost every sector the poor emerge as losers. It looks as if they were born to remain deprived. Policies promoting exclusivity keep the poor outside many social benefits. Local syndicates are chiefly responsible for this adverse situation.