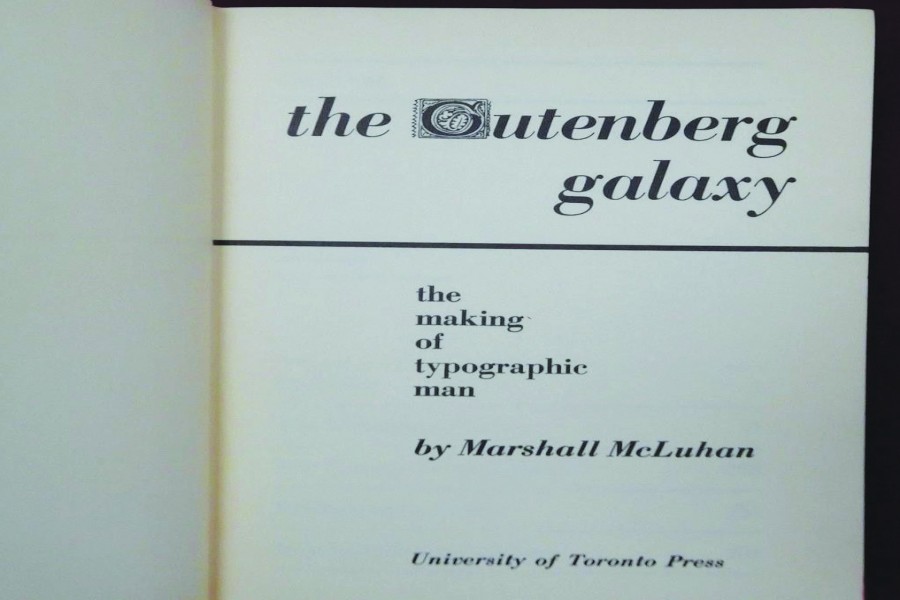 'The medium is the message', said British-Canadian media expert Marshall McLuhan almost a century ago. With the publication of his ground-breaking book 'Gutenberg Galaxy' in the beginning of the 1960s, a number of his concepts on media and communication triggered a significant jolt to the prevailing ones. In the times of McLuhan, it was the print media which dominated the literate people's information needs. At the same time, McLuhan felt that in the unabated march of communication mediums, society would not remain as it had been till that period. Like a seer he foresaw the age of Internet and World Wide Web two decades before the outlets began holding sway in the advanced nations. As seen with many novel concepts, those of McLuhan also prompted ripples of interest and thrill before they started waning in a short time. In the 1980s, the frontiers of the new-age communication started unfolding with a force not experienced by man before. The observations made by McLuhan in his 'Gutenberg Galaxy: The Making of Typographic Man' warranted a re-evaluation of how media networks function. As maintained by media researchers, McLuhan had pioneered a new dawn on a landscape of what people in the late 20th century called Information and Communication Technology (ICT).

Had there been no McLuhan, today's world of digital communication would be a lot different. The British-Canadian communication expert did not have hands-on experience in the advanced versions of computers or internet technology. But he did have a fertile mind filled with fresh ideas. It was proven by his emphasis in 'Gutenberg Galaxy' on relations that linked subjects like 'oral culture', 'print culture', 'cultural studies', 'media ecology' etc. In fact, McLuhan began his explorative journey from the very roots of man-to-man communication and arrived, finally, to the monumentally time-befitting concept of the 'global village'. In the 21st century, the trend of viewing the world as 'global village' still holds. The incredible speed and accessibility of the digital messages across the planet has long become a part of the so-called modern life. It had been like the dreams of people living in the 'brave new world'. Few people are aware of the fact that the NASA space engineers, who guided the Apollo-11's moon landing in 1969, were also armed with a computer-driven communication technology. The catch is, to the digital-world whizz-kids today the technology is now viewed as obsolete, if not primitive, by current standards. Even the lunar and space voyage routes and technical supports visualised by the 19th -20th century science fiction authors like Jules Verne, H.G. Wells et al later proved impractical. Compared to them, Isaac Asimov and Carl Sagan were more bent towards the theories of astrophysics, in spite of their recourse to a uniquely developed fantasised style. Romanticised thoughts comprised a large volume of imagination of the earlier writers dealing with cosmology.

Despite being dissociated from the field of information and communication as we find them today, all these writers did attach a lot of importance to the speed of the dissemination of information --- which was termed 'message' by McLuhan. What convoluted the first batch of these authors dealing with both cosmology and the need for a faster speed of information in mundane life was their indulgence in creative romanticism.

Marshall McLuhan addressed the issue by applying pure pragmatism. In his writings, he also appears to have taken up the issue of interconnectivity eying the eventual creation of a 'global village'. Although a few of his contemporaries differed with the term 'global village' sparking a short-lived spell of confusions, it stayed on. Since the late 20th century, the term 'global village' has been widely used to define different parts of the world connected digitally. Alongside their benefits to man, many great inventions are viewed as having developed a few insidiously harmful features. But the plain truth is the modern-day media has been welcomed heartily worldwide for over five decades. So have been their various updated versions, enriched with newer gadgets. In cases, the updated versions belonging to media networks are seen becoming more popular than their predecessors. True, they are more complicated and not always user-friendly, but today's younger generations keep being drawn to these electronic gadgetries. An intrinsic trait of today's youths appears to be at play here: overcoming by any means the hurdles standing in the way of their befriending the new-age technology --- especially McLuhan's medium.

The media world is becoming multi-faceted with the continued socio-political developments around the world. Of course, modern science and scientific innovators continue to emerge with newer products. This is what mankind has seen since the early 20th century. A seemingly infinite horizon awaits the modern man. Here lurks the danger of tampering with one's capability to utilise the benefits of the informatics. Unfortunately, there are people around who love to be enslaved by Faustian ambitions. They spawn aberrant trends quite successfully. Thus a decadence of sorts has started lately. In Bangladesh and elsewhere in the world, it has appeared in the forms of excesses, manipulations and abuses of the digital communication. Different online social sites and the internet in general are dominant among them. In fact, it is these openings which comprise the digital communication medium in the second decade of the 21st century.

Prior to the entry of different online communication mediums in human life, it was first the written letters and telegrams and then telephones which kept humans connected. Telephones were simple with little network of the technology involved at the senders' and receivers' levels. Many do not want to recognise them as part of the modern communication technology. But the massively intricate mechanism of mainframe computers or word processors evokes in others a sense of great awe. There are potent reasons. Ranging from the running of administrations in a small country like Bangladesh to monitoring a probe on Mars by the US, little functions could be executed properly without online directions and monitoring. The centrepiece of today's government and corporate administrations is indisputably dependent on a fulcrum. This hydra-headed mechanism casts a spell of dread on many. It derives its strength from the all-seeing, all-knowing internet bosses. It is through this means that a major segment of the modern life is run. It's not only the earthly matters which are run by the digital medium.

Although it began a couple of decades ago, in the near or distant future the digital technology is set to oversee the presumed communications with spacecraft on voyage to destinations in outer outer-space. Maybe, this is how man will one day run into the aliens. One school says that the aliens will cause annihilation of our planet. Another school, led by Stephen Hawking, backs the idea that aliens shall one day visit the Earth. Their mission will not be destruction. The only reason for meeting the earthlings would possibly be learning about the progresses made by humans so far. Hawking had firm belief that the aliens were harmless and peaceful.

These pieces of knowledge would have remained out of human comprehension had there been no technology coming through digitisation. Marshall McLuhan perhaps realised it, though a little vaguely.