The looming fear of school dropout 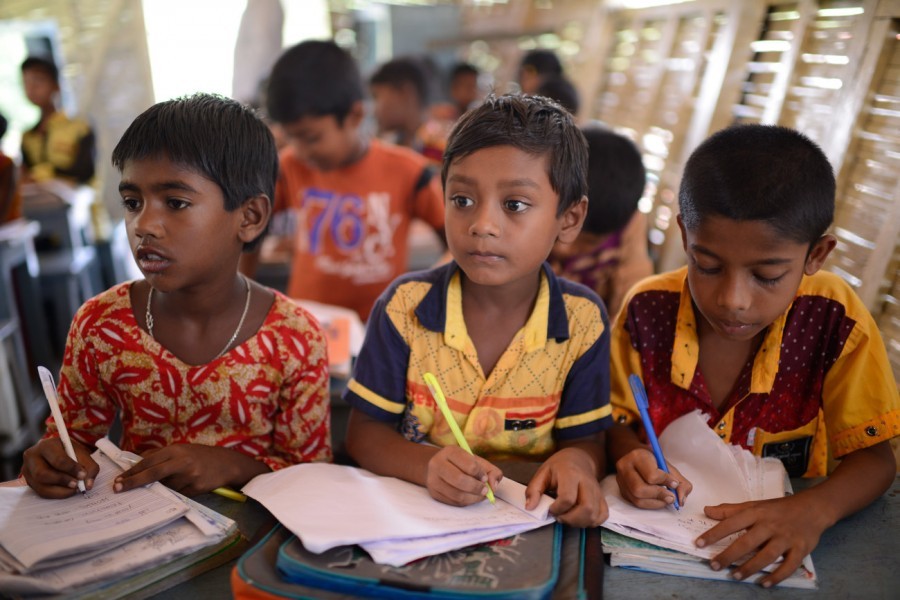 One of the worst setbacks that the ongoing pandemic is likely to cause is a steep rise in school dropouts, particularly in the rural areas. This understandably would be a severe blow to the government's efforts for decades to raise the number of school-going children and retain them in class rooms-- up to a certain level. Alongside the government, there have been commendable efforts from non-government organisations (NGOs) to facilitate increased enrollment of children in schools. As a result, the country is ahead of some of its Southeast Asian neighbours in related literacy indexes, including in curving dropouts.

If the fear comes true, even partly, it would a major shock for the progress so far made and reinstating the trend would be tough. The fear is a genuine one given the overall shrinkage in income of low-to-middle class households all over the country. However, in the urban areas, despite the loss of income, parents will somehow pull on with the educational expenses of their children-- mainly because there is hardly any option to engage children in activities other than keeping them in schools. But this is not the case with parents of rural households. Sending their children to schools instead of having them in income-generating activities of any scale has always been a straining factor on their livelihoods. The government's incentives such as free tuition in public schools, free books for students up to the junior level, and mid-day meal did manage to considerably offset the flip sides of staying away from schools. However, with the ongoing crisis lingering on, far beyond anybody's imagination, it remains a question whether children of rural and poor families would be left with any incentive to make it to the class rooms-- once, mercifully, the Covid-induced standoff ends. There is more to the issue. Urban children, despite their being indoors, are in a position to seek help from older family members to keep up with their learning habits. Rural children of poor families, on the other hand, are totally cut off in this regard. Besides, many of them are likely to have gotten involved in one or another family activity. Moreover, petty earning as child labourers may lure many parents as a potential prospect in time of income-loss or no-income. Worst, the fallout may be all too undesirable for girls. Indeed, regular schooling for girls was a strong deterrent for marrying them off at an early age. The decline in child marriage should be well attributed to girls attending schools, especially in rural Bangladesh.

These issues were flagged recently at a Save the Children report. The report warned that almost 10 million children across the world may never return to school after the pandemic. It said that children in 12 countries are at extremely high risk of dropping out of school forever. In another 28 countries, including Bangladesh, children are at moderate or high risk of dropout. "Girls are at increased exposure to gender-based violence and risk of child marriage," the report added. According to the report, there are more than 10 million students in secondary schools across the country. Among them, 54 per cent are girls. At the primary level, 51 per cent of the students are girls.

Retaining a major portion of the girl students, if not all, would be a stupendous task, according to educationists. They commented that checking dropout and child marriage would be a massive challenge for the government. They called for immediate steps, including building awareness on the issue, strengthening monitoring, and ensuring ceaseless stipend programmes, to tackle the situation. "We all know that the rates of dropout and child marriage will certainly go up in the coronavirus fallout. It will be a challenge for the government to keep the rates at a minimum level," said Campaign for Popular Education (Campe) Executive Director Rasheda K Choudhury. Following a questionnaire survey, participated by 126 teachers and NGO workers in the education sector, Campe said that school dropout will increase as an impact of the Covid-19.  Of the respondents, 84 per cent said dropouts will rise in schools, while 80 per cent warned of increased absenteeism and irregular attendance at educational institutions. Seventy-one per cent said the problem of child labour will aggravate while 58 per cent opined there will be a rise in incidents of child marriage.

These forecasts are too depressing in that the impact is sure to be far- reaching. It may be pertinent here to mention that according to a survey conducted by the DPE, the dropout rate in primary education was 49.3 per cent in 2008, which came down to 17.9 per cent last year.  Now, if this accomplishment-- a commendable one that did contribute to the country's social advancement over the years and achieved at a high cost-- is stymied by the pandemic, the country will have to bear the brunt in many spheres of its socio-economic run-up. It is high time the government and the non-government organisations put in their best to avert the undesirable fallout in the days ahead. The government has formulated a response plan success of which will depend on how earnestly all concerned join hands to ride out a major national shock.