The growing footprint of women in banking sector 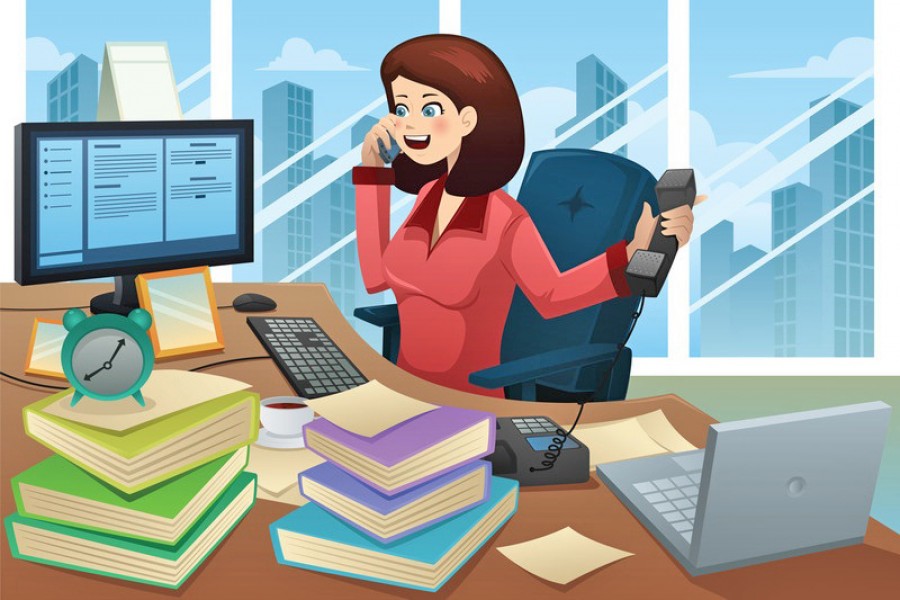 Once upon a time women were regarded as only housewives globally. Even the graduate women were forced to stay inside the four walls of their dwellings. Their keen interest to do jobs had been nipped in the bud by their male counterparts. In particular, the people having religious faith were completely responsible to prevent them from doing any job. Currently the scenario has changed worldwide thanks to a series of initiatives taken by the United Nations (UN). There is no denying the fact that women's empowerment is a blessing for an economy. So, there is a trend across the world that sees more and more women in the workplaces.

Lately, Bangladesh as one of the densely-populated countries, has achieved tremendous success by narrowing down the gender inequality in workplaces. Among Asian countries, Bangladesh has earned reputation by minimising gender inequality in every sector. According to the Global Gender Gap Report released by the World Economic Forum (WEF), Bangladesh ranked 48th among 149 countries in terms of gender equity. In 2018, among South Asian countries, Bangladesh was placed first in terms of gender equality, the report said. To fulfill all criteria of Sustainable Development Goals (SDGs) by 2030 set by the UN, women's empowerment is very important.

Against the backdrop of UN advice given time to time, a special emphasis is being laid on bringing women to the fore by providing required support. Existing policies are also being revised regarding mass employment of women in light of UN compliance criteria. As a result of the huge number of women in the workplaces as employees, the economic growth is rapidly increasing as women employees do assigned duties and responsibilities more diligently than male employees.

The country's banking industry now feels proud of employing women. The involvement of women employees helps the sector grow. Viewing their role as important in bolstering the sector with their relentless efforts, the banking sector is welcoming them to be employed. Nevertheless, the women employees do jobs honestly without getting involved in any financial irregularity. So, they really deserve the jobs. Apart from the banking sector, privately-run prestigious corporate houses also prefer women to men as employees. Earlier, the government introduced a quota system for women in the public services to empower them further. Still the government strictly maintains the quota for female aspirants.

What is a matter of pride is that both state-owned and privately-run banks are awarding top positions to female employees on the condition of having required qualification. Pushed by the present government, banks are trying to promote them regularly. A female director general was also made at the Bangladesh Institute of Bank Management (BIBM), a widely-acclaimed training centre for bankers. So, the people's attitude is positive towards female employees.

It is true that banks' caring towards women workers is really laudable. Their relentless services at the concerned desks are making the banking sector grow, no doubt.

Misum Maleha Munni, an official at Pubali Bank Ltd, expressed gratitude to her bank since she has been getting women-friendly facilities since joining. Apart from that, the bank is trying to empower women workers by providing them motorcycle loans that is rare in the sector, she has said. "Since the inception of joining I have never seen women colleagues unhappy because of having full-fledged freedom here," Mrs Munni told this writer.

Most economies do not permit women to be employed anywhere whereas many are trying to have more at work in the interest of economic growth. According to http://www.unwomen.org/en/what-we-do/economic-empowerment/facts-and-figures#notesglobally, over 2.7 billion women are legally restricted from having the same choice of jobs as men. Of 189 economies assessed in 2018, 104 economies still have laws preventing women from doing specific jobs, 59 economies have no laws on sexual harassment in the workplace, and in 18 economies, husbands can legally prevent their wives from working. The labour force participation rate for women aged 25-54 is 63 per cent compared to 94 per cent for men. When younger (aged 15 years and up) and older women (aged 55 and up) in 2018 are included, their global labour force participation rate is even lower at 48.5 per cent, 26.5 percentage points below that of men. In 2017, global unemployment rates for men and women stood at 5.5 per cent and 6.2 per cent respectively. This is projected to remain relatively unchanged during the period from 2018 to 2021.

Though the Convention on Elimination of All Forms of Discrimination against Women (CEDAW), adopted in 1979 by the UN General Assembly, is working hard worldwide to establish women's rights, the head of the government of every state has to play a significant role in eliminating discrimination. If women are empowered, it would be easier to get the status of a middle-income and developed country shortly.

Bangladesh now boasts of more women's participation even in the political arena apart from business and corporate arenas. Having more women in the banking industry will surely turn it into a competitive one and brighten its image globally.

Md Mazadul Hoque is a financial analyst and currently serving at the Social Islami Bank Ltd. He is a Certified Expert in Trade Services (CETS) from the BIBM and member of Bangladesh Economic Association (BEA).