The damage mobile gaming does to kids 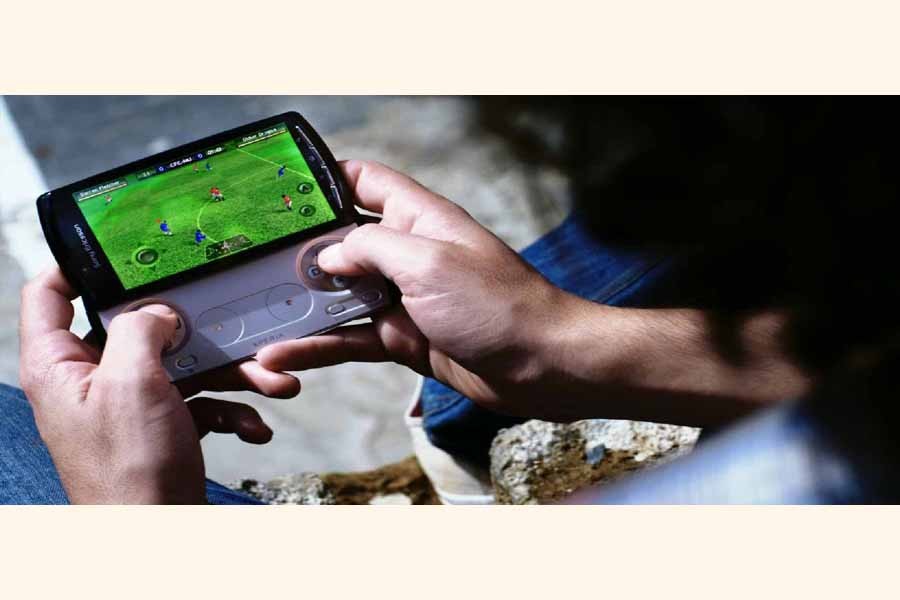 Nowadays, it is indisputably impossible to keep going without technology but we shouldn't unlearn that it is a double-edged sword which can bring the heaven and also can drive us to the hell. The mobile phone is a remarkable offspring of technology which developed in the smart phone. This development is going on and so the mobile phone is getting smarter with fetching a massive extent of functions that we had never thought of before it was invented. Increasing hardware efficiency of the mobile phone and continuous increase of its users enable mobile game industries to flap their wings more freely than before. It is enough to make your jaw down that every day thousands of new mobile games are released on the Google Play and Apple App stores.

Although most of the mobile games are so enjoyable and funny to play, they have a bad impact on a gamer playing the game for hours on end. If you have ever played games on your phone, you may know how easily it consumes your time when you finish a gaming level, fight with new challenges, race a vehicle, shoot to kill your enemy and do other such tasks in a game.

Our young generation is the most targeted customers of mobile games. Once mobile games were played offline, but nowadays integration of the internet with mobile games has given rise to a new realm of gaming where a gamer gets an unlimited opportunity to be crazier to deal with new challenges. A game developer knows well how to make you hooked with a game through new tactics, new surprises or funs and keep you playing to eat your time. A game increases one's dopamine (a hormone responsible for controlling your emotions and giving pleasure) level with fascinating graphics, mind-blowing sounds along with virtual rewards when you finish a level. This dopamine increases attraction and makes gamers hungry to get more and more pleasure which pushes them back to play a game again. The aftermath of this attraction can turn into an addiction which can destroy one's life like drug addiction.

We always intended to say that the mobile game is just a source of entertainment, but we forget that the way of entertainment can affect us greatly. Continuous playing of mobile games can bring different problems in our day to day life. Let me introduce some common problems engendered from it.

It detaches a gamer from the social activity: The mobile games which are connected with the internet have created a gaming ecosystem where a gamer can interact with other gamers of different places at the same moment. Those games of multiplayer mode fuel creating a virtual war environment where one gamer tries to defeat another one and the other way round. This war of defeating goes on for hours on end. That's why they don't get enough time to interact with their family members, relatives, and neighbours. It makes them socially inactive and so they forget their social responsibility. The mobile game has serious effects on children. A relationship gap with parents and other family members is created in a child busy with a mobile game.

It is harmful to mental health: Continuous mobile gaming can enhance anxiety, stress and frustration in mind especially when a gamer can't pass a hard level or achieve an expected reward. Some battle games like Creative Distraction, PUBG are extremely violent. Even some countries banned this kind of violent games. These games can grow aggressive thought and behaviour among gamers, especially among children. A mobile game lover can't be well productive in the real world as it impairs the learning ability.

It can bring serious physical health problems: Playing a game in mobile for a long time can greatly impair the vision of eyes. It also causes a sleeping problem, dizziness and bad headache. Longtime staying in the same position causes muscle problems. The gamers usually remain busy with gaming and it becomes a more important task to them rather than other physical activities. That's why they don't take their regular meal in time. For this reason, ultimately they are affected by serious health problem regarding irregular taking of food. Being sedentary in lifestyle and avoiding physical exercise cause obesity problems which result in heart diseases in the long run.

It brings financial crisis: Some mobile game applications entice a gamer with new thrills, new adventures and new offers which require money to get. A serious gamer cannot help but buy those lures. The luring process goes on with the new update of those games. That's why a gamer faces a financial crisis because of spending money on the game.

It impedes doing regular tasks: A serious issue related to mobile games is that it causes great distraction. A mobile game is enough to keep you away from doing other salient tasks. It can keep away a student from the study even before the examination and as a result, their grade goes down. Gamers always fail to manage their time. Even some gamers play their game during the time of eating, driving and walking on the road because online games always keep sending notifications and it easily distracts a gamer.

We know that time is a precious thing of life which once lost is lost forever. It is impossible to get back lost time by any means. So we shouldn't misuse our time by sticking to the mobile game rather than making the best use of it to lead a happy, peaceful, meaningful and productive life. So it is time to throw out the habit of mobile gaming and also raise awareness to keep away our young generation and children from the black shadow of game addiction.