The case for international civil servants 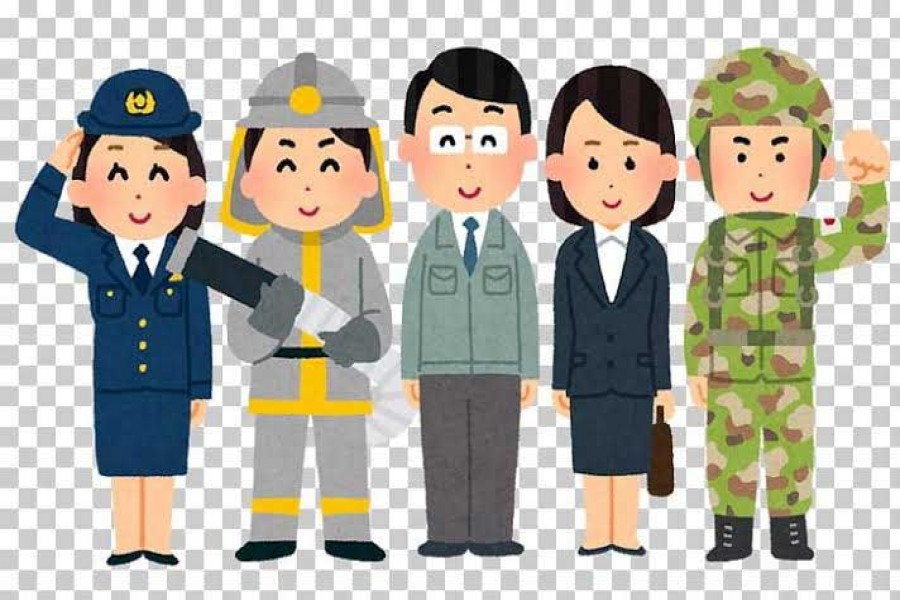 The notion of an "international" civil service goes back a century, to the establishment of the League of Nations after World War I. Whereas civil servants had until then always served their countries or empires, the League's small secretariat would facilitate cooperation among member states. The founding of the United Nations following World War II gave a new and much stronger impetus to the idea and practice of an international civil service. And today, when global efforts are essential to address issues such as climate change and the spread of new digital technologies, the world needs high-quality international civil servants more than ever.

The concept is enshrined in Article 100 of the UN Charter: "In the performance of their duties the Secretary-General and the staff shall not seek or receive instructions from any government or from any other authority external to the Organisation." Moreover, "They shall refrain from any action which might reflect on their position as international officials responsible only to the Organisation."

Whom, then, are international civil servants supposed to serve, if not national governments?

Although national governments determine the missions of multilateral institutions, the staff of organisations that are bound by the UN Charter - including the International Monetary Fund (IMF) and the World Bank - are formally international civil servants. They serve the peoples of the world through their organisations, and travel with "international" UN passports, not their national ones.

These officials' special status extends global governance beyond cooperation among nation-states, but it does not reflect a utopian attempt to establish a world government. Rather, international organisations and civil servants strengthen global collective action by advancing the "common good," as Bruce Jenks, Senior Adviser at the Dag Hammarskjöld Foundation and former Assistant General Secretary at the UN Development Programme (UNDP), puts it, rather than any particular private or public interests. Game theory has taught us that individual nation-states, while rationally pursuing their own interests, can end up in a situation that is suboptimal for all of them. On the other hand, as Todd Sandler argues in his 2004 book Global Collective Action, "impartial" international organisations can provide an institutional framework that helps to produce mutually beneficial results.

In practice, impartiality is not easy to maintain. Governments both promote and try in various ways to influence their nationals within international organisations, and nationality is often a determining factor in appointments to top international jobs. When I was Administrator of the UNDP, I had to deal with constant "requests" from government representatives. Usually, they were formulated in an acceptable way, asking me to "look into" a particular issue. But I also received requests - often from the global superpowers - in a way that was in clear violation of Article 100 of the UN Charter, and I had to spend a great deal of time trying to avoid engaging with governments on such terms.

Nonetheless, my overall experience at the UNDP and the World Bank suggested that staff and management could and did behave in accordance with Article 100. Being responsive to member states' concerns and priorities was right and normal; taking orders from them was not.

In addition to mediating and helping to forge political compromises, international civil servants can launch initiatives and act as advocates. The late Kofi Annan was emblematic in that regard. Coming from a small country, Ghana, and having made his career at the UN, Annan certainly did not have the special backing of any major international power. Yet, as secretary-general, he developed great moral authority, and was revered by civil-society leaders around the world. On Annan's initiative, the UN launched the Millennium Development Goals (MDGs) at the turn of the century, giving development cooperation new momentum - which the current 2030 Agenda for Sustainable Development is maintaining.

Critics argue that international organisations should not exercise such "independence," on the grounds that these bodies derive all their legitimacy from governance and consent by member states. And because nation-states remain the constitutive units of the international political system, it is tempting to define multilateralism, or even global governance, as simply the process of cooperation among them. But such a view is too narrow.

The problem of climate protection provides a good example of what is at stake. The UN system, including the World Bank and the IMF, is working with civil society to raise global awareness about the extent of the threat, and conducting or supporting impartial technical analyses of the costs and benefits of alternative courses of action. In addition, UN Secretary-General António Guterres, and his predecessors Ban Ki-moon and Annan, have played leading roles in advocating for climate protection.

All these efforts have created a political space that has made climate-related negotiations among national governments somewhat easier. It is not the job of international civil servants to try to determine specific national policies, or to decide how governments will share the burden of combating global warming. Rather, their role is to advocate generally for science-based measures that can address the challenge, and to help implement them once member states have decided on the specifics.

Thirty years ago, the fall of the Berlin Wall appeared to hold out the promise of lasting peace and cooperation, fostered by a new, fully global multilateralism. Today, we are still far short of that optimistic vision, and cooperation among nation-states remains the most important element of international governance. But in an era of unprecedented opportunities and threats that transcend political borders, organisations and civil servants that serve the world as a whole are an indispensable source of support for necessary collective action.

Kemal Dervis, former Minister of Economic Affairs of Turkey and former Administrator for the United Nations Development Program (UNDP), is a senior fellow at the Brookings Institution.