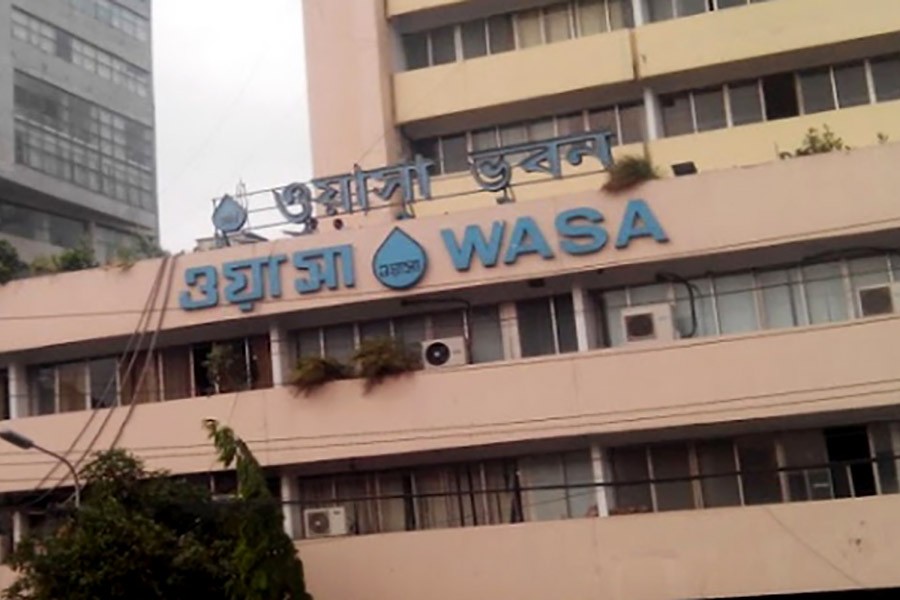 A recent study by the BRAC Institute for Governance and Development (BIGD) revealed that the affluent sections of Dhaka city were wasting water supplied by Dhaka Water Supply and Sewerage Authority (DWASA) on a massive scale. On the other hand, the lower-income groups were not getting sufficient water. The study found that whereas per capita use of water per day should be 150 litres, those living outside the slum areas used 310 litres on an average. Maximum rate of water usage was observed in the Gulshan-Banani areas, where the per capita rate was 509 litres per day. On the other hand, the slum-dwellers and lower income groups used only 85 litres per day. In addition, the quality of water supplied by DWASA was also generally poor, which undoubtedly posed a serious challenge to the public health of city dwellers. According to the BIGD study, 33 per cent users complained of brown water, 27 per cent opaque water and 49 per cent dirty water.

In a parallel development, the Anti-Corruption Commission (ACC) recently identified irregularities and corruption in 11 areas of Dhaka WASA and submitted a report on the subject to the Minister for Local Government. Among the 11 areas, 8 (eight) relate to project implementation. For example, the time and costs of projects escalate irrationally through collusion between the project engineers and WASA management. In many cases, work is not carried out in accordance with project design and specification. The ACC detected corruption in the project undertaken for reducing dependence on underground at Mirpur and those related to maintaining water supply in Dhaka and Narayanganj. It found discrepancies in the progress of works and the bills paid to the contractors. Corruption also takes place in the selection of consultants and contractors, installation of privately-owned deep tube-wells, meter readings, revenue collection and overtime bills for employees.

Set up in 1963 through an ordinance, Dhaka WASA is a service-oriented state-owned organisation responsible for providing potable water supply, sewerage and drainage facilities to the dwellers of Dhaka city. The population of Dhaka has increased manifold during the past three decades. Afflicted by limited resources and various constraints, the operation, maintenance and development of the metropolis's water supply, sewerage disposal and drainage systems have continued at a deficient pace. DWASA presently serves around 70 per cent of population in the Dhaka metropolitan area. But it is now facing chronic difficulties in maintaining the quality as well as adequate level of water supply due to rapidly bulging demand, age-old water distribution pipelines, and leakages in the delivery system.

The Bangladesh Chapter of Transparency International identified key challenges to good governance in DWASA and the ways to overcome those in a research report released in April this year. Apart from legal and rules-related limitations, TIB pinpointed a number of institutional constraints faced by the organisation. For example, around 31 per cent of the sanctioned manpower of 4,667 in DWASA was currently vacant. Infrastructure and logistic deficiencies were also observed. The number of vehicles for monitoring, supervision and supply was quite inadequate. There were weaknesses in the management information system and much of the information presented through various channels turned out to be inaccurate.

The implementation of DWASA projects is very slow, and many projects undertaken since 2013 have not been completed in accordance with schedule.  For example, the Padma-Jashaldia Water Treatment Plant was supposed to be completed in 2016 after its inception in 2013. But the project was extended twice until June 2019, but is yet to be put into operation. On the other hand, the Sayeabad (Phase-3) Water Treatment Plant, commenced in 2015, was scheduled to be completed by 2020, but there had been only 2.0 per cent progress until 2018. Inefficiency in project planning and management, lack of capacity and supervision, as well as corruption and irregularities have been identified by TIB as the main reasons for slow implementation of projects.

Systems loss in DWASA mainly results from weak internal control system, lack of proper monitoring and absence of accountability. The contributing factors include preparing bills through collusion, selling water obtained through theft or pilferage, providing illegal connections, leakages from supply lines, reduction in capacity of pumps, etc. It is not possible to generate expected revenue due to these leakages. According to DWASA itself, the systems loss currently stands at 22 per cent. There is also lack of coordination with the related stakeholders like the city corporation, especially in matters of drainage and sewerage lines, waste management, water-logging, road-cuttings, etc.

Deficiencies in sustainable and environment-friendly water production are also quite noticeable. Although there was a plan to make the ratio of surface water and groundwater 70:30 by 2021, the current ratio is an astounding 22:78. Instead of taking measures for storing rain-water and expanding the sources of surface water, the practice of installing underground pumps without proper planning continues unabated. As a result, the number of pumps has almost doubled during the past ten years. Whereas there were 482 pumps in 2009, the figure reached 900 in 2018. The water level is also going down each year by 2 to 3 metres due to excessive lifting of groundwater. Besides, the aquifers in and around Dhaka city is being severely damaged.

The authorities should look into the findings and practical suggestions made by BIGD, ACC and TIB, and do something with a sense of urgency for improving the situation.