Test of humanity during ordeals 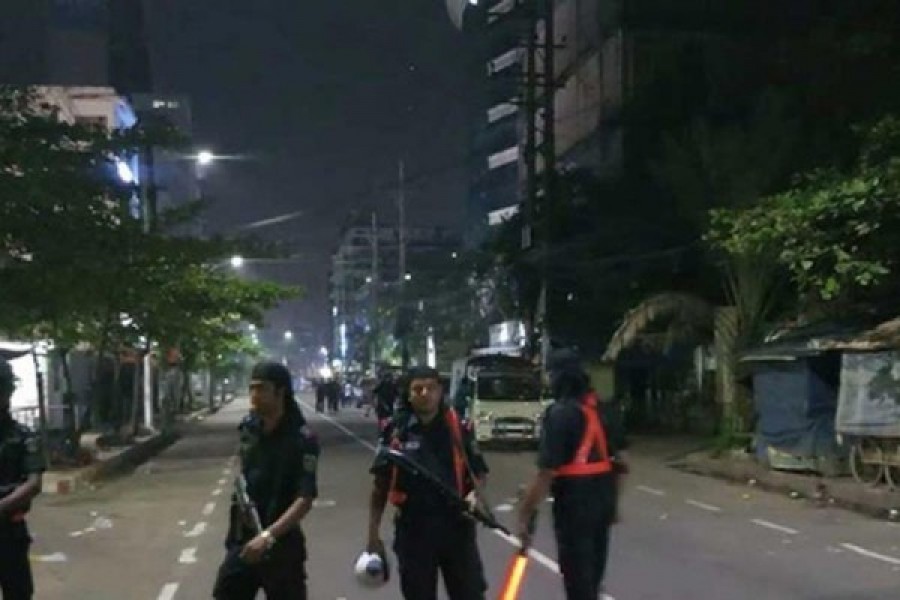 Criminals do not take into account the suitability of an occasion as they go about their business. They do not have any qualms about the time they pick for their heinous activities. It has been seen universally. Media reports about criminals in Dhaka engaging lately in mugging and robberies under the cover of face masks are quite upsetting.

In the ongoing anti-coronavirus citywide shutdown, the roads and neighbourhood lanes wear a totally desolate look after evening. Patrols of the law enforcement agencies remain limited chiefly to major roads. This, apparently, provides the criminals with opportunities to be on the prowl for victims in the alleyways.

The incidents of mugging and robberies have witnessed a remarkable decline in the recent times. Pedestrians have also started using the roads and lanes which they would avoid for fear of being mugged. With the full onset of the coronavirus outbreak in March this year, the situation has undergone a change for the worse. In some areas of the capital, isolated incidents of attack on passersby and robberies at houses were once common. Drastic measures against the criminals resulted in a significant drop in the activities carried out by the crime syndicates.

Exploiting the authorities' recent measures of slapping curbs on public movement, the criminals are creeping out of their hideouts. The law enforcement agencies are busy enforcing the anti-coronavirus shutdown in different areas. Like on many other occasions, the muggers and robbers do not want to miss the chance of making a quick buck by swooping on the public. The incidents of robbery and 'hijack' corroborate the 'weaknesses' the criminals have found out in the less-than-normal situation.

Given the apprehension over continuation of the pandemic for a longer period, the vulnerable citizens have few options before them. They cannot leave the capital. If a situation like this keeps deteriorating, the easiest of the steps adopted for staying in this city could be locking themselves in their residences, along with their family members. As an idea it is wild and absurd. Thus the people's current predicament calls for an all-out, though burdensome, drive through conducting repeated drives against these crime syndicates.

Entering the scenes of human misery and taking benefits out of those is a universal trend. It remains latent in many, and come to the surface at opportune moments. They are also criminals, but they wear the guise of normal humans. Glimpses of their ugly face behind their appearance are seen on many occasions, especially at the venues of natural disaster and accidents. That a section of people hardly loses the opportunity to plunder the belongings of disaster-hit humans is a well-known spectacle in almost every society. Villagers living deep inside a forest looting the valuables of plane crash victims crying for help have made headlines several times in this century. Plane crash or train accident victims are not spared in the suburban areas as well -- if the time happens to be a dark night.

The scene of a severely burnt elderly woman crying her heart out for help and two middle-aged men frantically snatching her gold ornaments unfolded at a plane crash site in the concluding part of the last century. Hardened and compulsive or disguised -- no matter what their real identity is -- criminals have one thing in common. They are devoid of the minimum humanity. They have no scruples. Dhaka's pandemic-time muggers and the greedy looters at a plane crash site belong to the same clan, though allegorically.