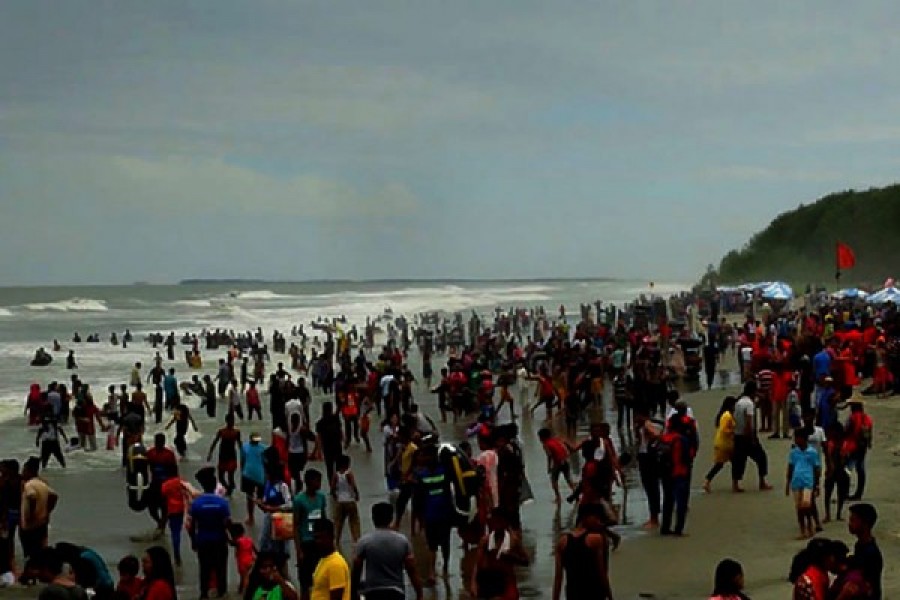 Of late different segments of tourists have reportedly shown interest in undertaking adventure tourism in the country. It would have been good news had the ground reality been favourable. It's not. Tour operators discourage them citing a raft of adversities. Those include inability to ensure security, bad communication and the absence of an effective infrastructure needed for such tourism. The idea takes root when domestic tourism in the country experiences a bonanza, with operators at times feeling bewildered in dealing with the rush.

Against the backdrop of the largely adverse condition, pragmatism calls for a long wait before welcoming adventure-loving foreign tourists to the country's likely spots. A few private tour operators seem to be optimistic about the new sector, as has been reported in this newspaper recently. Their hopes are rational in theory. But they, too, are fully aware of the limitations facing the sector. In spite of the country's unexplored areas for this tourism, the operators do not lose sight of its elementary state. They, in general, lament the policymakers' lack of full understanding of the sector. Perhaps this shortcoming keeps this potential tourism confined to a handful of adventurous local youths. Regional tourists are mostly ignorant about the adventure spots in the country, not to speak of those from the far-away continents. In terms of the tour's basic prerequisites, Bangladesh stands nowhere near even its neighbours like India, Nepal or Bhutan.

However, essentially a plain, alluvial delta without mountain ranges, the country has some unique geophysical features. Bangladesh has the longest, unbroken beach in the world. The major part of the Sundarbans, the largest mangrove forest on earth, falls in its territory. The tourism potential of the remote areas in the wild hills to the southeast and that of the monsoon and its storm-season turbulent rivers has not yet been fully tapped. Due to its being laced with the Bay of Bengal, the sea and its long coast offers the country a wide array of openings to commercial adventure tourism. They include surfing, rafting to paragliding, parachuting and the related sports. The southern remote areas in the Chittagong Hill Tracts are occasionally visited by local youths seeking adventure. This particular region could be developed professionally, and turned into an ideal spot for trekking for overseas and local tourists. Foremost among the country's spots offering adventure tourism is the majestic Sundarbans with its rivers and innumerable canals. Owing to its dense and largely impenetrable character, the visits to the forest could be scheduled suiting perfect adventure.

Theoretically, adventure tourism needs to be fraught with thrill, suspense and risks of danger -- which, however, remain buried in the recess of imagination. But all this adds to the pleasures of the unconventional trips. For the sector to succeed, the prerequisites of security and smooth accessibility to the designated spots ought to be in place. Only a foolproof set-up comprising necessary safety and rescue gear can ensure a rewarding adventure tour. For Bangladesh to become an ideal destination in this sector is long overdue. To materialise it, the country should first attain the compulsory international standards.