Talking over phone while driving 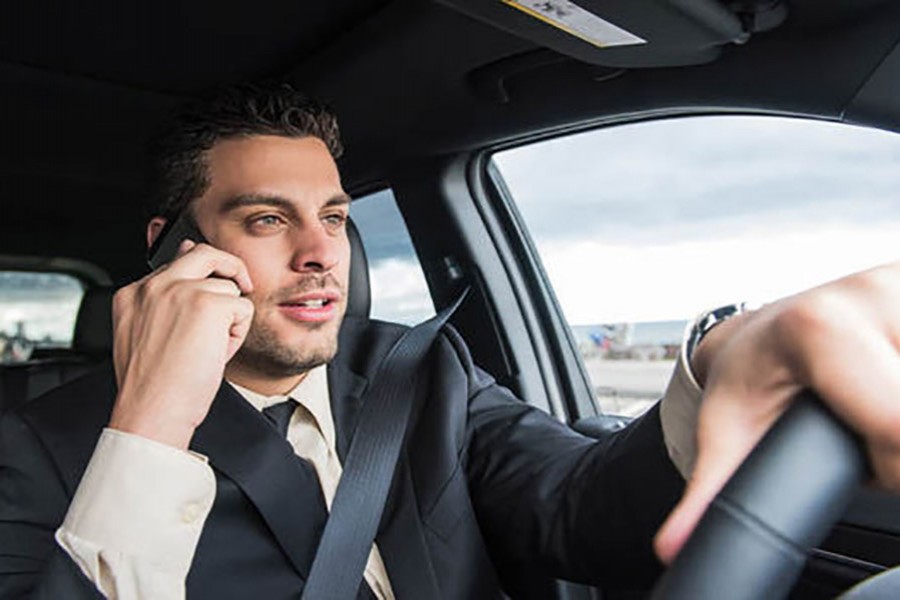 Only a few days ago, while I was driving my motorcycle in Hatirjheel area I saw a pedestrian trying to cross the road. At that time a private car driver who was talking over phone failed to notice the pedestrian and hit him. People on the road got hold of the driver and rebuked him strongly for talking over phone while driving. Luckily the pedestrian was not hurt seriously. We often find people using mobile phones while they are driving or crossing roads. When we drive we should remain alert and keep our eyes on the road. There are specific laws that prohibit talking on mobile phones while driving. But only the law is not enough and we must be conscious of the consequences of using phone while driving.  Sometimes I notice that drivers of public transports remain busy talking while they drive. This is dangerous to say the least as so many human lives depend on the drivers of public transports. Passengers, however, try to dissuade them. Not may drivers listen to them. All lives are invaluable and importance of life cannot be ignored under any circumstances whatsoever.