Sustaining the boom in the fisheries sector of the country 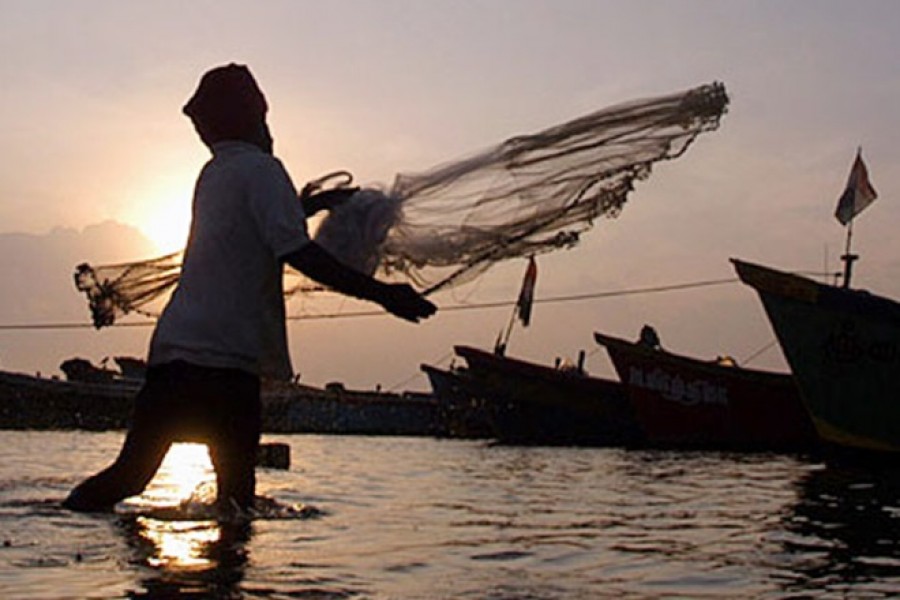 It has been reported by many newspapers that farmers in northern districts of Bangladesh are converting paddy fields, among others, into ponds to cultivate fish. The conversion of paddy fields is most likely fuelled by low prices of paddy. Nevertheless, this is like a breath of fresh air for the agriculture sector.

Pari passu the increased per capita income, the demand for consumption of fish has been on the rise in Bangladesh. Bangladesh is a mono-cropping country with very little crop diversification. Over the last few years, a marginal shift in cultivation practices has been observed. Among them, the fisheries sub-sector has shown plenty of promise.

A research paper by Dr. Md. Saifuddin Shah, a retired Professor of Khulna University, took a closer look at the development of fisheries subsector. He argued that "the role of fish in food, nutrition, economy, employment and socio-cultural heritage of the nation is, in a word, enormous. The contribution of fisheries to the national GDP [gross domestic product] is about 4 per cent, and that to the agricultural GDP is roughly one-fourths; in the export sector, more than 2 per cent".  The ramifications of fish cultivation spill over to a wide range of areas. The paper said that sixty per cent of the animal protein supply in the diet of Bangladeshis comes from fish. About one-tenths of the total population of the country are dependent on this sector for their livelihoods and of these people, a large chunk is women.

The production of fish in the country is increasing every year. During the last decade, the annual rate of increase in production was registered at 6 per cent. In 2014-2015, the total fish production was about 4 million metric tons.

While chronicling the development of fisheries sector in the country, the determinant factors that have gone in the form of education and knowledge build up in fisheries, in general, need to be mentioned. The role of fisheries education in bringing out technical manpower to feed the need of research, extension and management in the public and private sectors has been remarkable in the recent decades. The first ever formal fisheries education was instituted in the then East Pakistan Agricultural University, Mymensingh. Technical fisheries graduates started coming out since after the liberation of Bangladesh.

Degrees in fisheries education are now being offered by 12 out of the 35 public universities of the country. About 700 graduates are coming out each year to take up fisheries and related positions in public and private sectors of the country. The fisheries research organisation - the Bangladesh Fisheries Research Institute- was established in 1984. Over the last three decades, discipline-wise adaptive researches have been carried out in different stations and sub-stations of the institute in different parts of the country. Quite a number of adaptive technologies on aquaculture; on fisheries management in open waters of rivers, lakes, beels, haors and baors and on fish handling and post-harvest processing, have come out of the Institute. Moreover, the researches of staff and post-graduate students from fisheries in the universities led to some mentionable fisheries technologies in the country. Department of Fisheries, which is the principal extension, management and development agency for the sector, now has satisfactory manpower in the unit extension areas of the country with possible effective diffusion level of information in the field.

Over the last two decades, development of the fisheries sector of Bangladesh has been mainly 'donor driven' and impetus has particularly been given to the improvement and expansion of aquaculture sector with around 60 per cent allocation of the funding over the period from 1986 till 2005. At about the same time, a number of innovative programmes were initiated in the country to develop and protect water bodies, increase fish production, facilitate access of the poor to the fishery enterprises, develop fish marketing channels, support private sector, fish seed multiplication, involving the local communities to manage water bodies in ways that optimise production, protects the poor fishers' interests, and diversify water uses in an environment-friendly manner.

Shah also showed how open water fisheries had a setback in the wake of rice dish getting richer through the advent of embankments and lust for growing modern rice. The area of open water and closed water in Bangladesh is estimated to be about 4.0 million and 0.70 million hectare respectively. The contribution of open water production to the total production used to be at the tune of 70-75 per cent during 1970s. The decrease of the share of capture production from such vast waters of beels, haors, baors, lakes, flood plains, coastal flat lands and other traditional waters like khals and canals is alarming. Open water fisheries has a lot to do with management and conservation and looking into the existing dwindling nature of open water capture fisheries, it can be apprehended that there must have been some gross errors/inattention during the overall process of management on the part of the agencies involved including the Directorate of Fisheries (DoF). Common property right of the aquatic resources, population pressure-linked over exploitation and lack of biological management are deemed as the principal reasons behind the failure of open water production over the years.

By and large, fisheries sub-sector of agriculture seems to be booming in the wake of rising per capita income and increasing health consciousness. The government departments should monitor and ensure that the sources are not over-exploited with an intention to make more profit and that the production process is environmentally sustainable. Sometimes over-production harms farmers, as paddy did this year.

Abdul Bayes is a former Professor of Economics at Jahangirnagar Universsity.