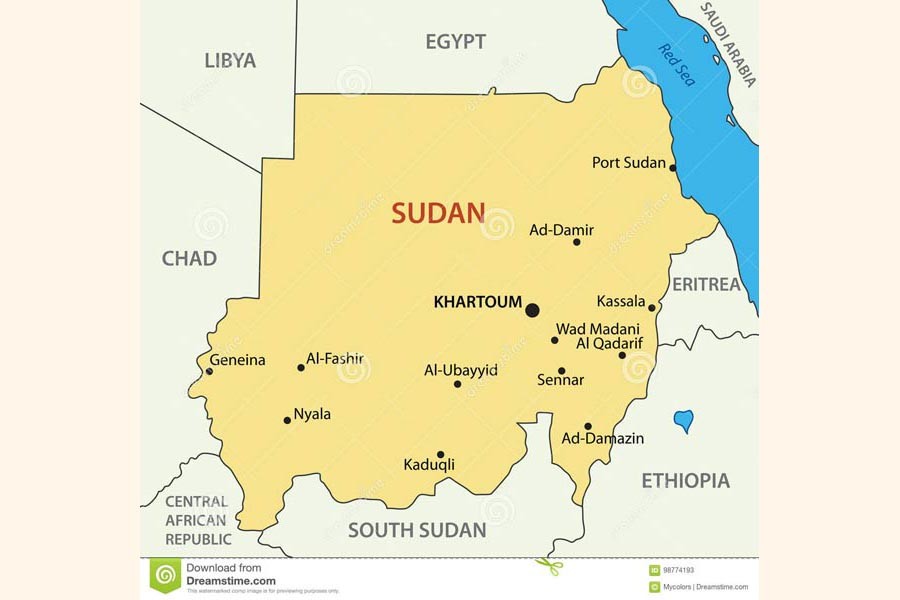 Mediating a deadlocked political dispute is difficult work in the best of times. Mediating the conflict in Sudan between military rulers and opposition demonstrators - following the dramatic ouster of an autocratic leader, and against a background of widespread (violently suppressed) protests - was supposed to be nearly impossible. Yet the African Union has managed to do it.

After weeks of tense negotiations, AU negotiators, led by Special Envoy Mohamed el Hacen Lebatt of Mauritania and Ethiopian Prime Minister Abiy Ahmed, managed to secure a power-sharing agreement between Sudan's ruling military council and civilian opposition leaders. It is a major step toward ending the political crisis that has gripped Sudan for more than six months.

The crisis began last December, when street protests erupted in response to cuts in bread and fuel subsidies. The economy was near collapse, following years of US sanctions (mostly lifted in 2017) and the loss of oil revenues following South Sudan's independence in 2011, and the protests quickly grew into large-scale demonstrations against President Omar Hassan al-Bashir's brutal three-decade-long dictatorship.

In April, the military stepped in to unseat and arrest al-Bashir, who stands accused of, among other things, overseeing the genocide in Darfur in the 2000s. But protesters were not seeking another military regime - let alone one led by the former defense minister, Lt. Gen. Mohamed Hamdan, al-Bashir's former ally and enforcer - so they continued to camp outside the military headquarters in Khartoum.

Under pressure, Hamdan announced, within a day of al-Bashir's ouster, that he was stepping down as the head of the transitional government - but only to be replaced by another military leader. Protests continued to escalate - and so did the military's violent repression. On June 3, security forces brutally attacked the sit-in in Khartoum, leaving over 100 dead and hundreds more injured.

Talks collapsed. The prospects for a deal between the Transitional Military Council and the opposition coalition, operating under the banner of the Forces of Freedom and Change, appeared bleak. And they probably would have been, were it not for the strong, appropriate action taken by the AU.

The AU condemned the military crackdown on protesters and suspended Sudan's membership until "the effective establishment of a civilian-led transitional authority." But it also continued working to facilitate progress - crucially, by engaging with local stakeholders. As the AU's Peace and Security Council pointed out, "Sudanese stakeholders are the sole authors of their destiny at this critical juncture in the history of their country."

The approach worked. Within a month, the two sides were back to the negotiating table, and in just three days struck a deal to break the deadlock, agreeing to form an 11-member joint military-civilian authority to run Sudan during an interim period of 39 months. A military general will lead the council for the first 21 months, and a civilian leader for the remaining 18 months, followed by an election.

The agreement offers hope to a people who have suffered under repressive leadership for decades. But it is not only Sudanese who stand to benefit. The AU's approach to mediating the dispute in Sudan could become a model for resolving similar challenges in other African countries, including Algeria, Libya, and South Sudan.

The AU's interventions in previous political crises were often criticized for being too little too late. And the group has drawn ire for failing to act against repressive or abusive regimes, even as it proscribes the unconstitutional overthrow of those regimes. In 2017, for example, the AU condemned the Zimbabwean military's ouster of that country's long-standing dictator, Robert Mugabe, before adjusting its stance.

In Sudan, the AU avoided its past mistakes. Now, it must continue to play a constructive role in the country, maintaining engagement with all stakeholders to ensure a smooth transition. Moreover, it should apply the lessons from Sudan more broadly, as it carves out a role for itself as an effective champion of peace in Africa. That role should include acting as a kind of early-warning mechanism - identifying, highlighting, and challenging factors that could fuel political crises.

One such factor, common in Africa, is presidents' refusal to leave office, relying instead on changes to electoral law or even the constitution to extend their terms. Egypt's Abdel Fattah el-Sisi, Rwanda's Paul Kagame, and Uganda's Yoweri Museveni (who subsequently also made sure the upper age limit was scrapped) have all employed this strategy.

Such power grabs pose a serious threat to good governance, peace, stability, and security. In 2015, enabled by a new constitution, Burundi's president, Pierre Nkurunziza, won a third term amid violent protests. The same year, similar protests erupted in the Democratic Republic of Congo, following the introduction of a law that would allow President Joseph Kabila to prolong his tenure. The AU should show leadership in this area, pursuing interventions that buttress constitutional democracy, in line with its Agenda 2063.

The AU has resisted military coups in the past. On the heels of its success in Sudan, it must stand against "constitutional coups" carried out by presidents, as it establishes itself more firmly as a force for peace and democratic governance in Africa.

Paul Mulindwa is Advocacy and Campaigns Officer with CIVICUS, a global alliance of civil-society organisations.