Stunning victory for our young footballers 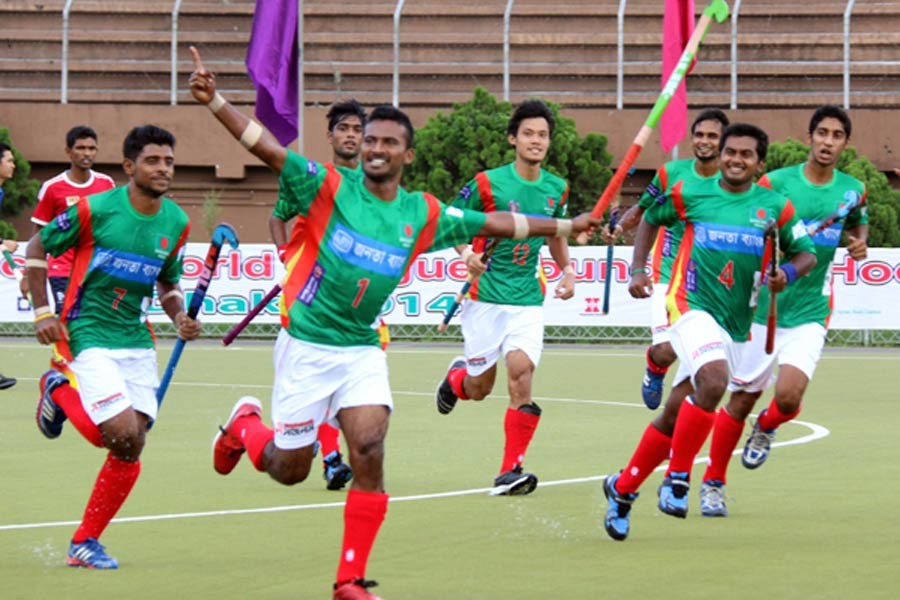 BANGLADESH under-18 football team played a memorable match and beat their arch-rivals India by 4-3 in their first match in SAFF U18 Championship in Bhutan and it was a rare feat for the young footballers. At half time, Bangladesh was trailing by 3-0, but later the young footballers bounced back in the second half by scoring four goals.

Zafar Abdullah netted two goals while Mohammad Sufi and Rahmat Mia scored one each. Bangladesh started off strongly, but conceded the first goal in the 19th minute when Lalawmpuia raced past a Bangladesh defender to hold on to a long lob from the defence, and placed it past Bangladesh goalkeeper into the net. India scored two more goals and turned the match into an one-sided affair.

But the boys held their nerves and unleashed a blistering attack on the opponents in the second half and grabbed an improbable victory. I am sure the victory will help boost their confidence. We wish all the best for the boys and hope they will keep up their good work in the coming matches and bring glory for the nation.