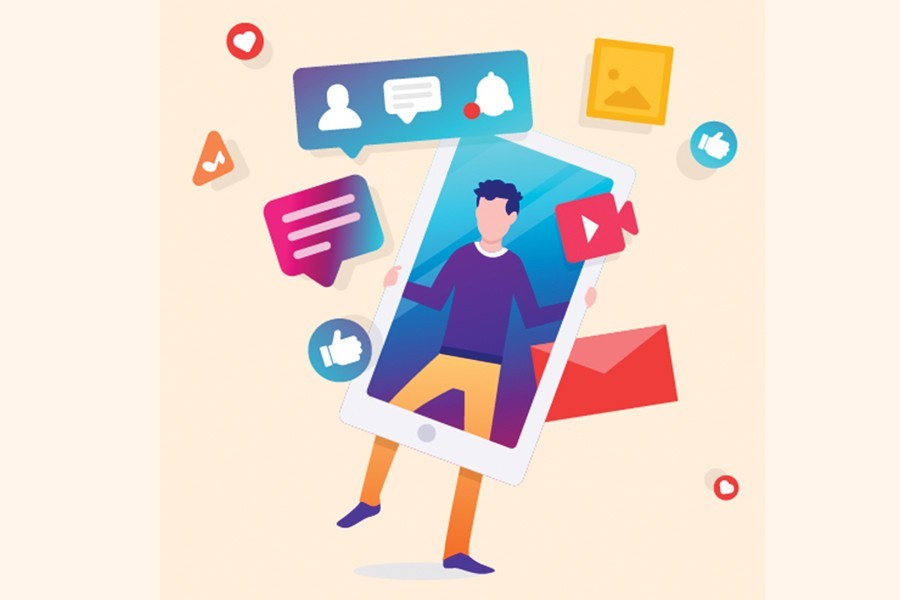 The backdrop of Gabriel Garcia Marquez's 1985 novel Love in the Time of Cholera is not even distantly related to that dreadful disease. It is a story of relations between one woman and two males. Of the two males, one is deeply in love with the woman. The other is her socially acknowledged husband. The three make two distinctive pairs --- one being dominated by emotion and youthful romantic outpouring. The other features a conjugal mundane life after an arranged marriage. The female figure is common to the two phases of life involving the three. The two males are unknown to each other. Outwardly, the three happen to form two completely separate pairs.

In the fiction, 'cholera' stands for excessive romantic passion, at times touching the border of obsession. This feature characterises the lives of the romantic pair prior to the woman's marriage, and also her new life with the former beloved following her husband's death. Some critics have called the craving of the two for each other an obsessive lovesickness.

Marquez interprets the abnormal level of emotional surges of the male protagonist as a kind of disease. The readers of the novel are eventually made to be acquainted with the malady as 'cholera'. Despite the fact that the young woman is forcefully married off to a 'successful' person, the young man keeps waiting for her. At one stage the woman's husband dies due to old-age ailments. The once happy-go-lucky lover, also old now, eventually finds her out. After reuniting, the fast aging couple starts living together. Their romantic bond revives, becomes resurgent and stronger by the day, and remains fresh till their last days. The aged pair proves that purity of love, even if it is obsessive, cannot be beaten. The novel scathingly portrays a romantic pair and their love for each other. A sense of relief overtakes the readers as they reach the story's end. To their delight they find that with all hurdles gone, the two romantically disposed characters reunite at last -- to live together for the rest of their life. But an affliction resembling 'cholera' still overshadowed them, though faintly.

The indomitable force latent in love helps a 'couple' survive all hindrances that stand in the way of the continued blossoming of their romantic ties. In such a case, all kinds of sickening excesses and fixations take a back seat. Many would feel tempted to refer to the novel by Marquez to draw an analogy between it and the present global pandemic. The panic-dominated global scenario that prevails now can fairly be likened to the novel's plot: an uncertainty permeating societies. A section of critics has clearly discovered an undercurrent of doom in the fiction, notwithstanding its happy denouement.   Many in 2020 would feel tempted to define the novel's plot as something like 'Socialising in the time of Covid-19'.

Like the cholera in the novel, the rampaging Covid-19 pandemic, in spite of its ferocity, can also be called a spell of severe ordeal.  It repudiates all kinds of physical closeness. Rather it warrants people to remain detached from even livelihood-related and necessary auxiliary activities outside home confines. Romance through the means of technological devices like phone or mobile, SMS or online social media is difficult to resist. In a morbid sense, this state of being harried by the coronavirus or Covid-19 also denotes a deviant form of romance. It, in turn, reminds many of a closeness prompted by pains of being lonely, as well as by excesses in every sector of life.

The present global crisis has come to such a pass that it points out two clear choices: Either we stay detached by distancing ourselves from the virus-infested outside world or we die choking. Thus to ensure that we abide by the rules of maintaining distance from the suspected carriers of the Covid-19, we have to adapt to a new style of surviving. The city residents have been made to confine themselves to their respective homes under a state-imposed shutdown. At the same time, the dread for contracting the infectious disease won't encourage the conscious segments to engage in socialising outside. For the compulsively outgoing people, it's really difficult to stay indoors for days in a row. Not everybody is like them. A number of people are there who prefer to remain at ease with the warm ambience of the family. To them the ongoing shutdown has appeared as a great opportunity for spending pastime indoors in whatever way they like. Many outgoing and habitually folksy people, now turned home-loving, find a wide array of choices to pass their time. Eventually, they hardly feel the need to go out.

Nobody can say, at least for now, how long this 'state of coronavirus siege' will continue.  A distinctive feature emerges as being crucial to this controlled life. It deals with the curiosity to know as to who could be our trusted companions in these times of forced self-exile.  Some might opt for their favourite books. But the act of reading requires an atmosphere conducive to a certain extent of the peace of mind, a mental state which can help people reflect on things beyond the peripheries of immediate realities. Even meditative people cannot enjoy detachment from humans for long. This ends up being one's sickened by loneliness. In such a desperate condition, the social media sites might come to the rescue. Among the means of helping pass time, the online-based social network platforms come first. The popular social media sites in this country include Facebook, Instagram, Twitter, Viber, What'sApp etc. For people having the curiosity for all kinds of events and subjects on the Earth and beyond, there are the all-knowing search engines like Google.

Most of the online social media fans opt for Facebook. The ICT-savvy young generations normally spend a major share of their days and nights on Facebook. Although the contents, especially the statuses, comments and 'Likes' on different posts, are mostly inane and lack the minimum depth, a section of youths are increasingly turning to the platform. Many people nowadays use the term 'addicted' to define these youths. Ironically, this addiction is now viewed as beneficial. To be specific, the habit of sticking to Facebook has prevented a large number of youths from coming out of their secure interiors. Unless one is at home now, he or she cannot concentrate on any online social media. As part of a recent development, Facebook and other such social networking platforms have lately started weaning many otherwise serious adults off their conventional pastimes --- like gossiping at 'Addas' with old buddies.

Reading is an age-old habit enriched with the undying quests that enables people to remain mentally rich. But in times of crises, people look for lighter entertainments. The social networking platforms have thus also started making inroads into the older segments of people. These sites, in fact, provide a great opportunity to people to remain engaged in socialising without defying the shutdown order.

Think what would have happened to the upper-middle and middle class educated people if a pandemic like the present one had broken out 15-20 years ago. With people's access to only conventional mobile phones, not to speak of the social media outlets, life in the big cities would have been an ordeal. Unlike in those days, use of mobile phones, and the Smart ones, is now a common spectacle cutting across social tiers in the urban neighbourhoods. These phones are equipped with the gadgets of messenger calls, video calls, musical performances etc. Those who are fans of movies can enter the YouTube to watch their favourite films one after another.

Passing time at home during the ongoing shutdown prompted by the catastrophic coronavirus march can be filled with different elements of entertainment. Yet wise old people do not fail to sound the alarm. It is one of becoming addicted to the benign pastime outlets at home due to excesses. No society can afford to see a nurse attending to patients become a patient herself. In that case, there will be two 'choleras' or two scourges. All we want is a happy ending to the ongoing national crisis filled with fear and foreboding.