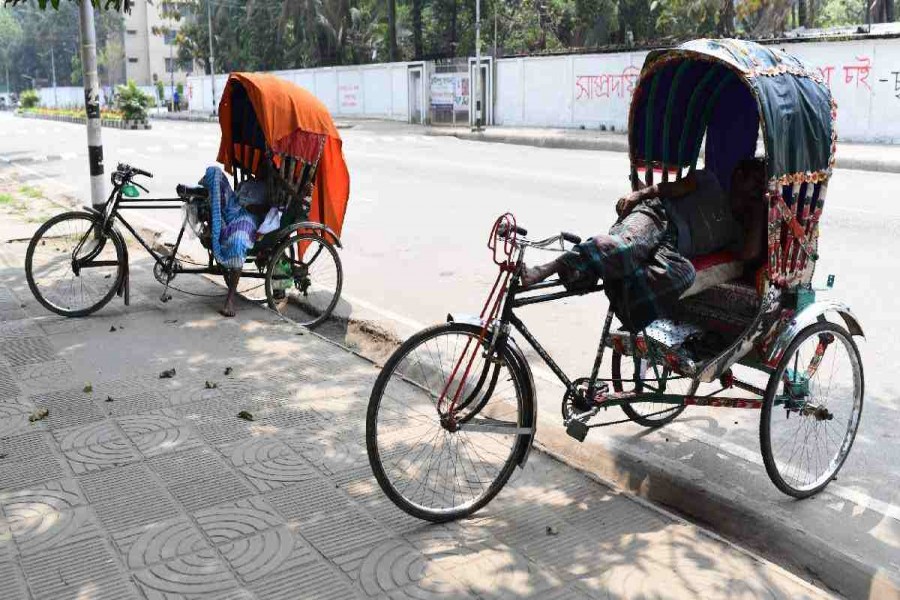 Amidst the ongoing lockdown to contain the spread of deadly coronavirus, return of thousands of readymade garments (RMG) workers to Dhaka from other parts of the country drew a round of criticism. Most of these workers left Dhaka city before March 26 when the government announced public holiday until April 4 initially. It was extended twice, the latest being until April 14.

The exodus of these workers along with many others from Dhaka was also criticised by many as they increased the risk of spreading the coronavirus across the country. Now return of a section of them, mostly the RMG workers, to save their jobs and receive monthly wages multiply the risk no doubt. Due to absence of public transports, the poor workers took a very painful journey --some on foot, others by vehicles used for carrying essentials or patients without maintaining social distancing.

It is clear that self-contradictory attitude and indecisiveness of the Bangladesh Garments Manufacturers and Exporters Association (BGMEA) is responsible for such a chaotic situation. The BGMEA initially asked its members to close the factories. Now it is trying to pass the buck on the government agency, Department of Inspection for Factories and Establishments, saying that the trade body has no authority to order factory closure. Again, it requested its member to keep the units closed until April 11 when workers had already reached Dhaka.

Different media reports also made it clear that a number of RMG owners were opposing closure of factories from the very beginning. They also claimed that the factory premises were safer than workers' living places. Nevertheless, when the government announced public holidays as a form of lockdown, it was also expected that the garment factories would follow it properly.  There were, however, some grey areas in the government move.  Announcement of the shutdown of public transport came a day later when millions of people had already started to leave Dhaka. There was also a lack of clarity in the government decision on garments factory closures. Thus many factories announced closure until April 4. Later owners of some factories asked workers to join or face termination.  It was argued by some owners that those who have work orders are allowed to operate ensuring workers' safety.

A disorder like this is not desirable, especially at a time when the country as well as the world is fighting the deadly virus. Neither the government, nor the BGMEA could avoid responsibility for the chaotic situation which poses a serious risk of spreading the virus. The chaos again shows that a number of RMG factory owners, mostly the leaders of the trade body, care little about the plight of their workers. They showed extreme insensitivity to the unprecedented crisis. It is also sad to learn that the ministries and agencies concerned have also failed to act properly.

It is thus expected that good sense will prevail on all because nobody knows how and when the pandemic will stop. Sensible behaviour on the part of those in responsible positions is most necessary now to encourage others.