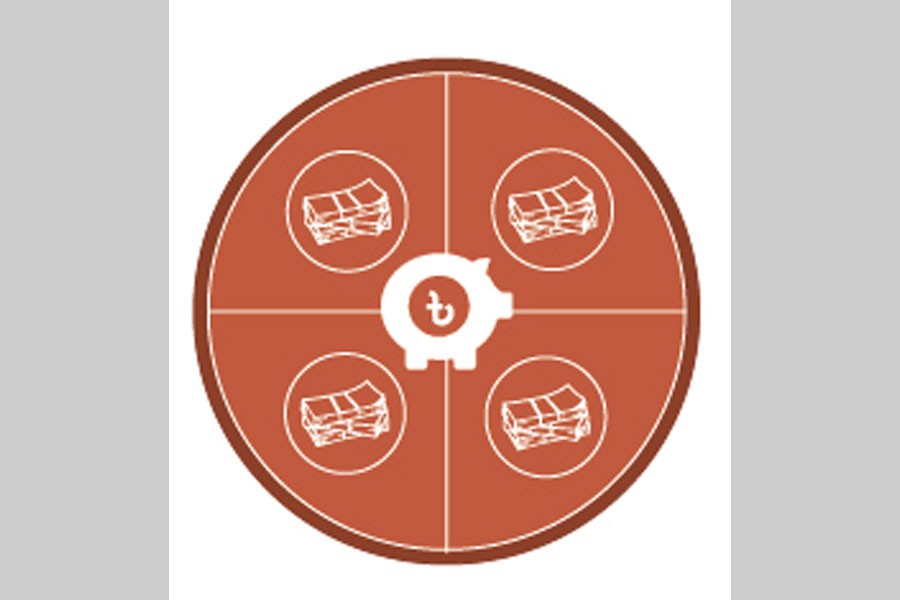 In Bangladesh today, we often hear about an increase in the disbursement of agricultural loans to farmers.  More often than not, the presumption of policymakers is that more disbursement means more accesses by farmers.  But that assumption might turn out to be wrong in a regime of unequal ownership of land and the inequitable social structure. In such a situation, institutional credit is likely to reach very fast to larger farmers with a better connection to administrative structure.  For the same reason, the poor could be denied access, despite their dire needs for adoption of input-intensive modern agricultural technologies. In consequence, differentiation of peasantry and polarisation of peasant households are likely to occur over time with increased supply of credit and diffusion of improved agricultural technologies.

Due to restricted access of poor rural households to the formal financial institutions, the rural credit market is characterised by dualism in many developing countries. There is a formal market where institutions provide mediation between depositors and lenders by charging relatively low rate of interest, often subsidised by the government. On the other hand, the century-old informal market exists side by side with the formal market. In informal market, groups and segments within the villages supply credit from their own savings, known as professional money lenders, traders, landowners, friends and relatives. Compared to the formal market, the interest rate from the informal market is often many times higher, often 10 -15 per cent per month!

However, on a close scrutiny of historical disbursement of rural credit, especially of agricultural ones, it was observed that the access to formal  finance was provided mostly to large and medium landowning households and big traders and fishermen. There has long been an allegation against agricultural credit serving the rural richer segment with better collateral. The landless and marginal farmers remained excluded from the market. A survey conducted in 1982 jointly by the International Food Policy Research Institute (IFPRI) and the Bangladesh Institute of Development Studies (BIDS) revealed that 62 per cent of rural households obtained loans from informal sources and most of them were smaller landowning groups.  Only 14 per cent of rural households could access loan from financial institutions that contributed to 25 per cent of total loans received by rural households. According to the critics, the history of government's involvement in extending agricultural credit to rural households is a history of frustrations and wasteful endeavours.

Recently some qualitative changes have been made in the credit delivery system that contributed to improvement in the credit business targeted for farmers and small enterprises. The monitoring cell of the Central Bank (Bangladesh Bank) has been strengthened for ensuring transparency in the credit business and reducing the transaction cost for obtaining credit by borrowers. Priority is given to credit support for women in agriculture to increase female participation in economic activities. Emphasis has been laid on development of marketing facilities for agricultural products to ensure fair price. Priority has also been given to reach credit to relatively impoverished and neglected region such as char (island), haor and coastal areas. The Central Bank made it mandatory for the state-owned commercial banks as well as the private and foreign banks to allocate at least 2.0 per cent of their loan portfolio for agriculture. Recently, the BB has issued a directive to commercial banks to disburse agricultural loan openly in presence of local representatives from union, concerned agricultural officers, teachers and other respected persons to ensure transparency.  Another innovative step towards financial inclusion is the opening of bank account by all farmers at a minimal charge of Tk 10 (12 cent), so that credit, subsidies and other government transfer could be directly deposited to the farmer's account. This has helped reduce leakages in the implementation of the government's agricultural subsidy and the 'safety nets" programme. The BB has brought 13.2 million people under banking service that includes farmers, hardcore poor, and the unemployed youth.

As noted before, the most recent data reveals that 55 per cent of rural households accessed credit in 2013,and 44 per cent of them got credit from commercial banks and NGOs. Thus, the financial exclusion still remains high despite rapid expansion of the NGO MFIs. The most noteworthy information is that in 2013 only 2.0 per cent of rural households received credit from the commercial banks, although the average size of loan is almost five times higher than the amount provided by the NGOs. It indicates that the commercial banks increasingly serve the better-off sections which have access to credits of large amounts. Thus a war of words against NGOs alleging that they extract exorbitant interest rate from the poor is not enough to increase financial inclusion. Policies should be framed such that government agencies deliver credit to targeted groups of the poor segments.

Still, one-third of rural households depend on informal markets.  The agricultural bank has failed to meet poor customers without collateral, leaving them in to the hands of NGOs. The time is possibly ripe for finding out a more inclusive credit path for small farmers and traders in rural areas.

Abdul Bayes is a  former professor of economics

at the Jahangirnagar University and now an adjunct faculty, East West University.