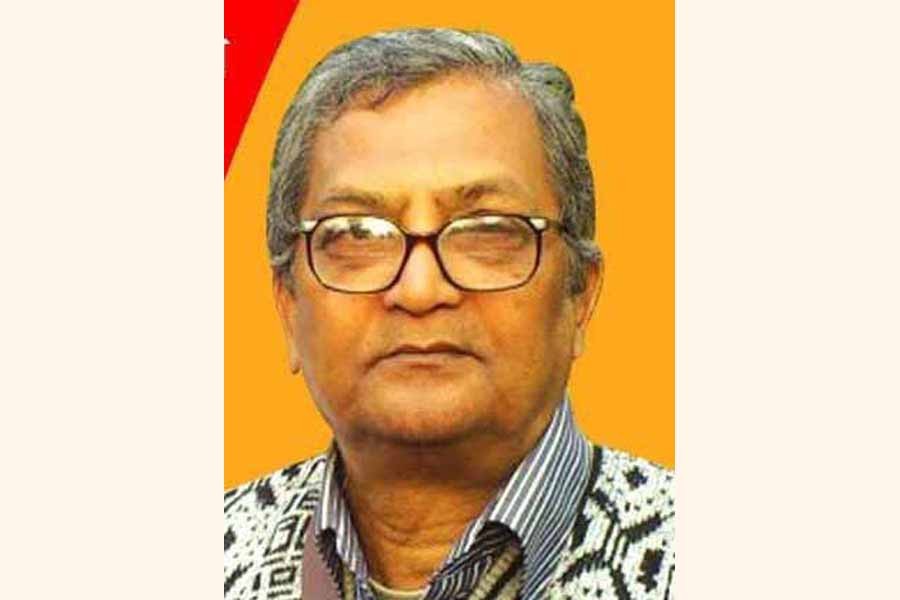 One of the leading Bengali Poets of the 1960s and a founding member of Bangladesh Jatiya Kobita Parishad (National Poetry Council) Sazzad Qadir left for eternity all of a sudden on April 06, 2017. He was 70 at the time of his death. A versatile litterateur, Sazzad Qadir (pseudo or pen-name) had over 70 books to his credit, including works of poetry, fiction, novel, essays, translations, anthologies and juvenile literature. He was born with the name Shah Noor Mohammad and started his career as a college teacher during the first half of 1970s. He later left his indelible mark as an outstanding journalist cum litterateur, working for renowned periodicals like the monthly Rahasya Patrika, weekly Bichitra, daily Sangbad, weekly Agamee, fortnightly Tarokalok, monthly Kishore Tarokalok and finally the daily Manavzamin, as well as for Beijing-based Radio China during the early 1980s. He also served as a director of the Press Institute of Bangladesh between 1995 and 2004. Sazzad won many literary prizes at home and abroad, but surprisingly the Bangla Academy Award for Literature always eluded him, despite many lesser mortals having political connections managing it in the past.

The following are two poems of Sazzad Qadir translated by this scribe.

To You from Hospital

Now face to face with death

You bring down quite easily

Here, in this last resting place

Trembling desire of a thousand years,

And an infallible possibility-

It is more than the intimate embrace

In the terracotta clay of Mahasthangarh:

On hands, feet and chest stretch

Here, the wait is now for the last blink,

Even then the mirth of your company

Is like the sweet union of a thousand years;

I never had anything called desire

So whatever you give me is unique and unmatched

---Flowing through the vein

They reach all corners of the heart:

With Nitro-glycerine and intravenous saline.

You woke up suddenly as if after a miraculous sleep,

You found yourself lying in a bed of sands -

Beside you flowed the rippling river, as if it was

Engrossed in a dream while breathing the air of eternity.

Up above, the evening party has ended,

And there is valedictory tune in the sky.

Stray stars twinkle at places here and there,

And on one side floats the broken red moon -

As if it is sinking amid impending frailty.

But no, you have stood up.

After crossing that faraway village and its field

Now you are wide-awake in that soft cool breeze.

Look, another person is also awake; you have smelt that fragrance -

A known or unknown flower has blossomed in a shrub nearby

Soaked in the dew.